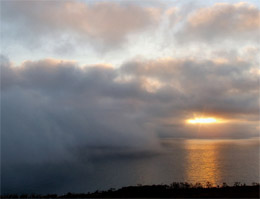 A foggy morning on the last day of the festival. One more week of movie-going, as Egypt totters and my native Midwest suffers another snowstorm, has caused both guilt and gratitude.

But before I describe what I've been experiencing in balmy Santa Barbara, an upfront mea culpa, as earlier I mangled the name of a delightful film and want to correct it here. "Good for Nothing" comes from New Zealand, a spaghetti western with a bit of "Unforgiven" tossed in. Well acted and very scenic, the story centers on an Eastwood-like lone cowboy, who says little, thinks guns are meant for killing and women for --- When he kidnaps a young English traveler, rather than dominating her as he evidently intends, she gains control, ultimately humanizing the guy and helping him unfold his hidden heart. A man at the festival suggested that, "as a woman," I wouldn't like this film at all - but he was wrong.

An excellent aspect of a film festival is the opportunity to catch those films, whether foreign (see N.Y. Times' critic A. O. Scott's outcry about the current lack of U.S. venues for foreign films) or documentaries or small budget films which aren't aimed at the mainstream audience.

"Inception," obviously an exception, is the one film I exited last year, believing director Christopher Nolan had done that story before (and better) in "Memento." For this reason, I didn't attend his SBIFF tribute but heard reports he was gracious, articulate - and much appreciated by those who did. 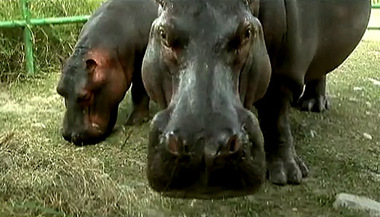 Instead I've watched quite a number of documentaries (perhaps a bit self-servingly, as I've worked on three myself in recent years). Two knocked me out. "Pablo's Hippos," by director Antonio Von Hildebrand, takes us to his native Colombia where the narcotics trafficking criminal Pablo Escobar was the unelected ruler, via pay-offs and mass murder, for 3 decades. Escobar, for a time Forbes' seventh richest man, had a soft spot for exotic animals, single-handedly populating a zoo (free to all who came) with zebras, giraffes, lions, tigers and hippopotamuses. When the long, strange battle to stop him ended in his death, Colombia was confronted with a species it had never had before: the hippo, the third-largest land mammal, weighing 1 1/2 to 3 tons - fast, fierce and prolific. They cost a lot to feed and house, they're dangerous and they get loose. Somehow Von Hildebrand juggles news footage, many interviews and a surprisingly effective animated sequence involving talking hippos; managing to both entertain and educate, he also warns that this narco reign of terror, now shaking Mexico, will confront Americans soon enough as well.

A second doc, "Confessions of an Eco-Terrorist," is an in-your-face account of Canadian animal rights activist Paul Watson and his 30 year campaign to stop poaching, overfishing and the slaughter of whales and baby harp seals. Watson and his Sea Shepherd Conservation Society, with its international group of volunteers (whose "vegan females" are said to be the fiercest), will go to any non-violent lengths necessary, including jamming Norwegian Naval ships, to stop the killing of sea life. Cameraman Peter Jay Brown joined the movement himself after filming a news segment for NBC. Here he unfolds one unusual story in a provocative, informative, laugh out loud funny, agitprop style. 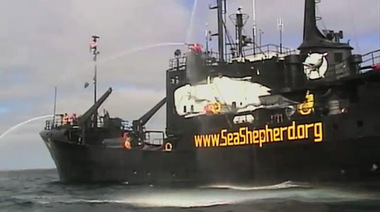 This weekend I kept hearing the word "Darwin" spoken enthusiastically in queues. This is also a doc, not about Charles, but of an unlikely community of 35 individuals residing at the end of an unpaved road in California's Death Valley. I haven't seen it yet, but have a screener I look forward to watching, thanks to its Swiss director, Nick Brandestini, and American writer, Taylor Segrest, whom I met at an after party.

Mid-week, I took on a challenge: the red carpet --- not something I'd ever have imagined doing. Roger Ebert's pre-Oscar moments aside, this sort of entertainment reporting had so often seemed about somebody's designer of choice or the most simplistic chitchat. Pretty awful. Yet given the opportunity, I decided to try it for the premiere of "That's What I Am," an independent film about tolerance, which stars Ed Harris as a high school teacher in the 1960s.

There I was on line, with my trusty photographer, Ken Farris, at my side. As Harris and actress Amy Madigan, his wife and co-star, come up the walk, I clutch my three scribbled questions in one hand. Right ahead of me, a 7th grader in a suit starts his interview. He's cute, earnest, and does a dandy job, as a videographer shoots the moment. Harris and Madigan, both charmed, are not too fazed when he ends by asking for autographs. Upstaged, I bungle thru a couple of inanely put questions myself - as pitiful as the worst local news anchor I've ever watched - and feel relief as they move down the row toward the entrance. 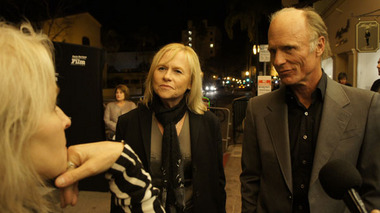 I doubt I'll do that again, although I must comment that, up close, Ed Harris really does have a beautiful, chiseled face, amazing blue eyes, and obviously, with Amy, a timeless, enviable chemistry.

Peter Bart and his gorgeous wife Phyllis arrived at the Lobero Theatre Saturday afternoon. For a remarkable period, Bart has been inside the movie business, from Paramount Pictures executive to journalist and long time editor (1989-2009) of Variety. Again this year, he moderated a panel with five directors: Debra Granik ("Winter's Bone" (2010)), David O. Russell ("The Fighter"), Charles Ferguson (the one documentary: "Inside Job"), Tom Hooper ("The King's Speech"), and Darren Aronofsky ("Black Swan"). 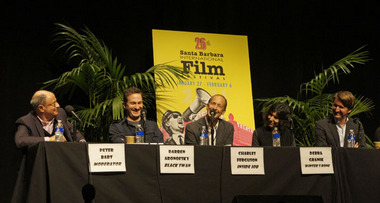 If there'd been an audience meter for most applause, Aronofsky would've taken first place. He is witty, and refreshingly modest in light of his expanding success. Hooper is politely English, perhaps a little amazed even now at the adulation for his film. And there's no David Fincher ("The Social Network") - a surprise, as often all five Oscar nominees for best director participate in this panel. I wonder if Ferguson, smart and soft-spoken, is his replacement but nobody mentions anything about it.

This year's festival is notable for its women, heartening in an industry still dominated by men. Most here are actresses, ranging from age 14 (Hailee Steinfield of "True Grit" (2010)) to 64 (Jacki Weaver of "Animal Kingdom"). Along with Lesley Manville (extraordinary in Mike Leigh's "Another Year") and actor John Hawkes ("Winter's Bone"), all are presented with Virtuoso Awards by a charmingly at ease Dave Karger of Entertainment Weekly.

And then there's Vanguard Award winner Nicole Kidman - all strawberry blonde, 5' 11" of her - appearing at the Arlington Theatre to an excited, overpacked house. The biggest movie star this year, she's dazzling, as elegant as one would expect, but also, when interviewed by SBIFF director Roger Durling, notably forthcoming, making several references, even a joke, about a certain famous ex-husband and that terrible break-up. Acknowledging her hard won happiness, she says she always needs the opposite side of life (the darkness, too), which is why she did "Rabbit Hole" (2010). As a child, exposed to avant garde theatre, and not allowed out in the sun with such fair skin, she read non-stop, developing a taste for challenge and pushing herself. She knows, if a role she's taken "frightens" her, that she's on the right track. 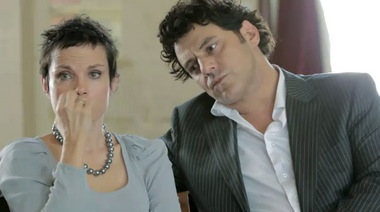 On the last day, I see "Face to Face," an Australian film making its world premiere here. Written and directed by Michael Rymer ("Angel Eyes"), the film is a kind of "12 Angry Men," exploring a concept called restorative justice which a schoolmate of Rymer's developed within the Australian legal system. Rather than using the courts for some disputes, this concept seems to draw on group therapy (and I mean that in the best sense), allowing all disputants voice, and enabling a full picture of an event (and its often multiple causes) to become known, before some resolution is decided. Here, one young guy seems to be the "troublemaker," but as the facts come out, many people share some blame for his violent acts. It's a very good film, reminding me both of HBO's fine series, "In Treatment," and the amazing Truth and Reconciliation Commissions of post-apartheid South Africa, Chile and beyond.

With these ten days at an end, I'm grateful for this nonstop experience of images and stories, now dancing in my head. I think how Peter Bart got it right, calling the Santa Barbara International Film Festival "an island of civility where people actually pay attention to cinema." And so, last week, did actress Annette Bening, thanking the festival and its devoted filmgoers when she said, "Our industry is under a lot of pressure. Film Festivals help it stay alive." 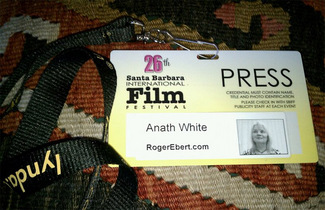