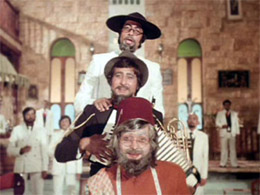 Every family has that playful uncle loved for his cuddly silliness. He is that uncle who is a few syllables beyond eccentric, who does not quite follow the rules of appropriate conduct. Kids love him while his peers look down on him. For Bollywood cinema, that beloved uncle is one of Bollywood's most loved ensemble pictures, Manmohan Desai's "Amar Akbar Anthony" (1977). It is easily one of the most beloved of all Bollywood films. It is a long melodrama, an action movie, a screwball comedy, a romance, a con film, a religious devotion, and, of course, a musical.

My Name Is Anthony Gonsalves

It stars Bollywood's biggest. The biggest of the biggest. Amitabh Bachchan (Anthony). Rishi Kapoor (Akbar). Vinod Khanna (Amar). Parveen Babi. Shabana Azmi. Neetu Singh. I'm sure that many readers of this essay know these stars, but for those who are not familiar, Amitabh Bachchan is the equivalent of merging Clooney, Pitt, Redford, Newman, Cary Grant, and Rock Hudson all into one actor. It may be that current star Shahrukh Khan is the biggest of star Bollywood has ever produced, but his predecessor is Amitabh Bachchan. Kapoor is one of the most famous members of a family that continues to dominate Bollywood cinema, generation after generation. Shabana Azmi is a Bollywood giant who gained additional notoriety for her work in social causes. 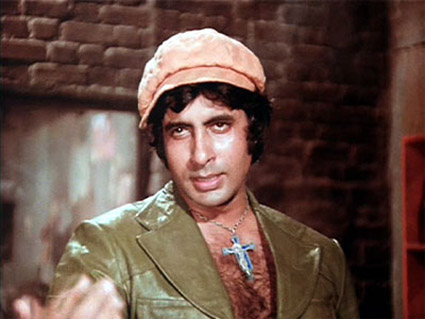 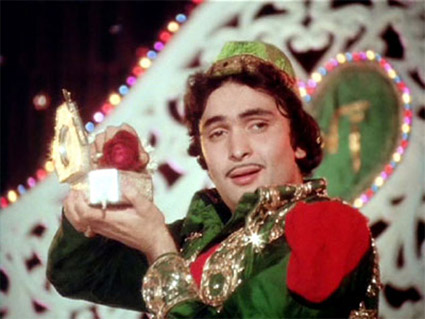 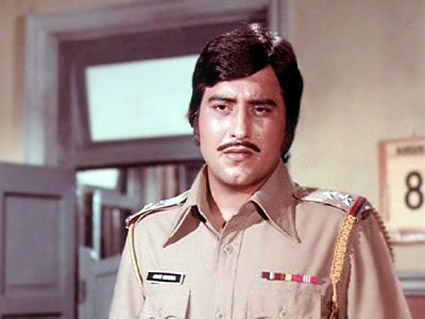 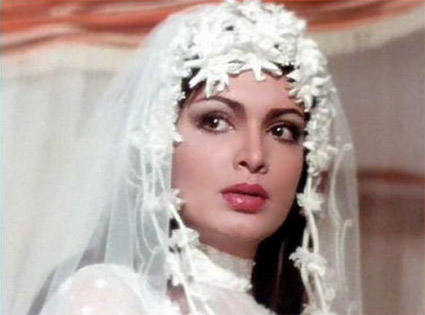 They're all gorgeous, at least according to Bollywood norms of the time. This means that they're beautiful without the need to be frail or excessively muscular; I'm not sure that any of them have any musculature, especially because I'm of a generation of Desis who still finds it odd to see other Desis with biceps and abs (including the one bodybuilder in the film). These actors are all charismatic: they all have a capacity for Bollywood drama, action, and humor. In addition, the older characters are played by other Bollywood greats - Pran, Nirupa Roy, and Jeevan - in the latter stages of their career. In a way, this film is one of those movies in which a passing generation of stars begins the hand-off to the next generation, in the way that 2001 sees Karan Johar's "Kabhi Khushi Kabhi Gham..." providing a similar hand-off in India (including Bachchan and Shahrukh Khan) and Frank Oz's "The Score" does likewise in America (with Brando and DeNiro sort of handing off things to Edward Norton). In addition, the songs are from the greatest of Bollywood singers, Lata Mangeshkar, Mohammad Rafi, and Kishore Kumar. On a side note, yes, the women are all painted white.

And, consider 1977. For Hollywood, thirty-five years ago, we saw, "Star Wars (Episode IV: A New Hope)," "Close Encounters of the Third Kind," "Saturday Night Fever," "The Spy Who Loved Me," and "Annie Hall." Wikipedia reminds me that Elvis died. Groucho died. "Roots" aired on television and made a giant mark on American race relations. Reggie Jackson became Mr. October. Meanwhile, in India, Manmohan Desai directed a handful of blockbusters. And, Amitabh Bachchan, fresh off the successes of the action film, "Sholay" (1975) and the romantic melodrama, "Kabhi Kabhie" (1976) continued his meteoric rise as Bollywood's king, during his "Angry Young Man" phase.

And, the story has all those elements of Bollywood fun. Professional chauffeur Kishanlal (Pran) is released from jail, standing in in place of his mobster boss, Robert Seth, pronounced in Desi accent "Raw-bart." Admit it. You just tried to pronounce his name. In any case, Kishanlal's agreement was that his boss would cover his family's expense. Instead, Kishanlal discovers that his family was abandoned, his kids are starving and playing with guns, and his wife has contracted Tuberculosis. The furious Kishanlal tries to kill Robert, and fails, and tries to escape by stealing one of Robert's cars. It just so happens that he steals a car that is full of gold, because mobsters apparently keep their gold in unlocked, unguarded cars.

To make matters worse, Kishanlal arrives home to discover that his wife Bharati (Roy) has abandoned their three sons, hoping to take her life. Naturally, Kishanlal does what any father would do: still on the run from Robert's henchmen, he drives his children to a random park, and leaves them at the statue of Gandhi. It is at this time that the children - three sons - are discovered by three different people. First, a pious Muslim finds one child, and names him Akbar. Next, another child sits at the footsteps of a neighboring church, and is taken in by a priest, who names him Anthony. Last, the remaining son is found and adopted, not by a Hindu pundit, but by a Hindu cop, and is raised as Amar.

Jump forward a few decades, and Anthony is a delinquent bar owner often dressed in low cut shirts revealing his crucifix tangled in his chest hair. Akbar is a flamboyant, popular singer who gets sober in the presence of the pious; he sings religious Qawwali music, but his songs are most irreverent. Amar is an upright cop whose moral fiber is tested when his father gets shot. But they're all upright enough to simultaneously donate blood to the random car accident victim, who they much later discover is their mother.

As the film proceeds, Kishanlal becomes a new mobster, still bent on revenge against the now impoverished Robert. Meanwhile, the three brothers fall in to forbidden love plots. Amar falls in love with a thief (Azmi). Akbar falls in love with his physician neighbor (Neetu Singh). As I type this, I realize that a third of Desi women in the film were physicians or health care professionals, even back then. I guess this explains my sisters' career choices. Anyways, Anthony falls in love with Robert's daughter (Parveen Babi). The film is nicely ecumenical. The Hindu woos the Hindu, the Muslim woos the Muslim, and the Catholic woos the Catholic.

Though this is an ensemble movie, the star is still Amitabh Bachchan. In many films, he wins most of his many fights. And, while I type this, I wonder if my nieces and nephews think of me as a hero like Amitabh Bachchan, or as a strange, kooky, beloved uncle. Anyways, here, he charms up the story with one-liners, such as, "I go to all the places of worship. I go to the temple, the mosque, the church, the gurudwara, and sometimes by mistake I go to the police station." Or, "I ate some of your salt, I would never cheat you." Ok, so maybe something gets lost in the translation.

And, the movie, like any Bollywood movie, enjoys itself as much as we do. Bharati continues to randomly make her way into scenes. Again and again. And again. And again. For a country of a billion people, the frequency with which people keep crossing paths is rather phenomenal. Further, the movie never again mentions Bharati's Tuberculosis, so I suspect that that random triple transfusion cured her. In another scene, criminals rob a police paddy wagon by launching smoke bombs. That is well and good, except that they light the smoke bombs at least a block behind the racing vehicle. And, of course, there is the wonderful climax, when Amar, Akbar, Anthony, and their love interests sing their way through a preposterous con.

All in all, I have never met a person who has anything but fond reflections about this film. Ensemble films these days, those of assorted superheroes, gorgeous con artists, and giant killer robots are just so realistic and serious, and just so forgettable. Thirty-five years later, this little film with its giant stars still makes me laugh. Those silly, classic songs, "Anhoni ko Honi Karde" (the title song) and "My Name is Anthony Gonsalves" are among the most memorable of Bollywood cinema. Sometimes I laugh with this movie. Sometimes at it. Sometimes I laugh along with its makers, laughing at the film. That's what we do with those favorite uncles, isn't it? We laugh with them, we laugh at them, and they make us laugh with them as we laugh at them.