Reaching for love above falling dominos 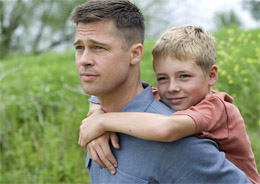 Nearly every frame in this movie is a low-angle shot, looking up in awe and curiosity. At times, we gasp at the complex beauty of galaxies and supernovas. At times we stare closely at expressions of children that seem no less complex, no less beautiful, and no less valuable. At times we look to the sky, hoping to see what our characters see. Terrence Malick's wondrously abstract "The Tree of Life" has very little dialogue, but is not at all a silent movie.

Now, the problem with movies that empty themselves of dialogue is that they are what you want them to be. They give hints and direction, but their ambiguities require you to define them; the filmmakers collaborate with you to complete the film. The same goes for those stars who perform through stares. Matt Damon in "The Good Shepherd" (2006) and Angelina Jolie in "Wanted" (2006) were both mostly still, and were praised heavily for it. The same goes for much art; the top half of the Jacques-Louis David's "The Death of Marat" is mostly murk, and is always included as a vital part of the painting.

Emptiness gets filled with what you fill it with, I suppose. As I watched this movie, I saw myself and my family. I saw myself as a man, and as a boy. Optimist. Pessimist. Soft. Stern. Hopeful. Jaded.

So, in the face of such emptiness, if you are sympathetic, then you will see beauty. If you are critical, then you will see pointlessness. If you love Godard, then you will appreciate, "Socialisme." I appreciated every choreographed centimeter of "I am Love," but not enough to watch it a second time, perhaps because I was not "in" the movie. Likewise, it is not surprising that after screening "The Tree of Life," someone in the theater commented, "This was the worst movie going experience of my life." Without asking for an explanation, I could assume the film hit too close to his heart, but I suspect that he was just bored. 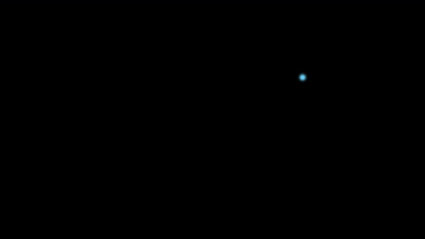 As an experiment, picture a large all-black painting. What do you see in it? Now add a small blue circle somewhere off-center. If I told you you were looking at the Earth, what would that do to your perception of that painting? When cosmologists look at this universe, do they see emptiness? I suspect they see a complicated infrastructure of Dark Matter binding everything together, while Dark Energy pushes everything apart. When we, however, look at this universe, we see gemstones, necklaces, and earrings swimming through blackness. And when Malick takes us close, we see throbbing fires, clouds of smoke, and frightening collisions, for that is where these gems and jewels came from. 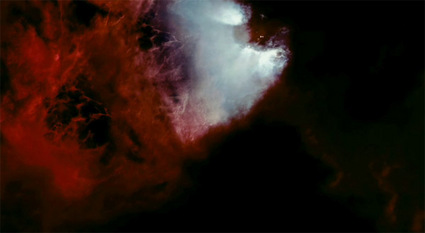 What then, does the cosmologist see, when we move the telescope so close that we focus on the human face? In the close ups, Malick shows us Love trying to bind us together, while the seething ecstasy of Anger pushes us apart from each other. Mother (Jessica Chastain) is Dark Matter, Love, nurturing her children. Father (Brad Pitt) is Dark Energy, Anger, hammering the child to gain independence. Their sons (Hunter McCracken/Sean Penn, among others), are the celestial bodies forged from that tension. 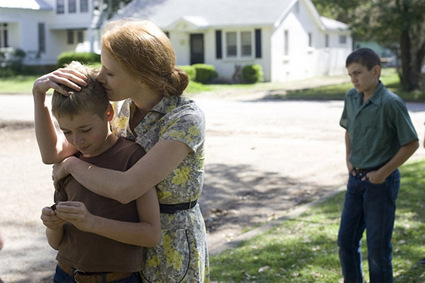 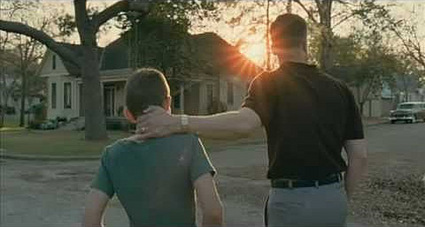 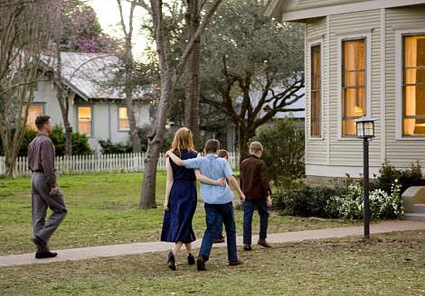 While Malick juxtaposes the galactic sequences against tender vignettes from this almost nameless family, he seems to add chronology to the film. Malick's Time itself has two layers. The first layer seems to be a series of bridges connecting a series of defining moments. That is itself Malick's "tree" of life, is not? Branches that spread out, originating from the same trunk. Consider the defining moments of your life. Those are the key moments - that stand apart from cause and effect - that are bridged together by the events in between. 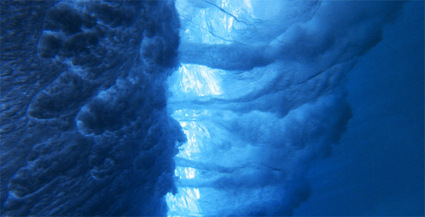 Malick's second layer of Time, in this chronology, is the overriding forward progression. Regardless of the meaning we give our defining moments, we are still bound by the dominos of cause and effect that launch from a single trigger, splinter off into branches, and then converge at a unified end, reuniting all threads, and all lost loves. One celestial event leads to another celestial event through macro- and micro-consequences. In that chain of interlocking events, we find life in earthly water. Soon, we find an amphibious dinosaur venturing out of the water onto dry land (feeling the scars of its new freedom). Eventually, we find the human family. Then, we find children obliterating those same amphibians they spawned from. Interestingly, most of the images of the cosmos and pre-human animals seem to depict solitary galaxies, planets and animals. The humans, however, seem to be constantly surrounded by others, yet frequently remain in solitude, if not loneliness. 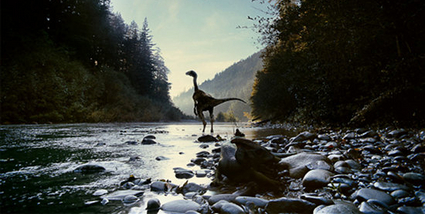 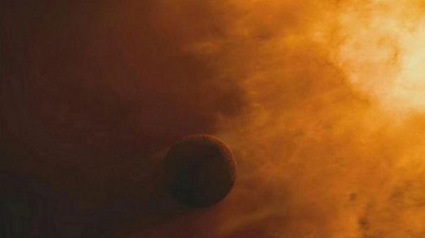 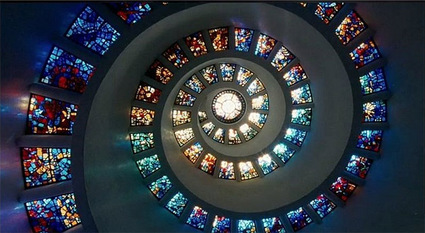 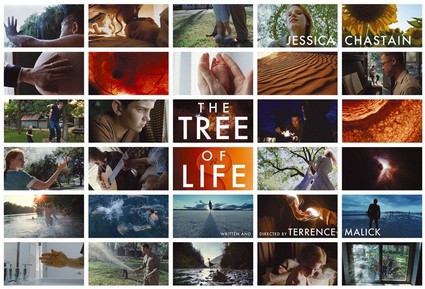 And, to combat those unhappy feelings, our humans aspire for transcendence. The father and son both design blue-prints of a new world, designing machines larger than humans, or buildings that scrape the sky. Some find ecstasy in art and music. Some aspire for the highest of heights, in God. But, it seems that Malick's final way to transcend cause and effect is on the other side of the inevitable consequences of cause and effect: mortality. Love is so particular that it transcends cause and effect; love transcends mortality. 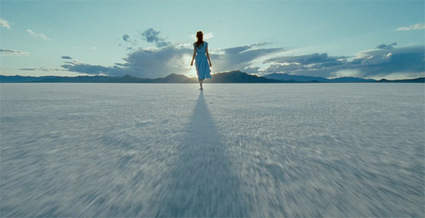 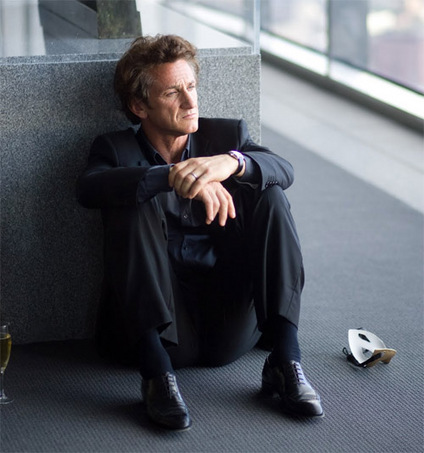 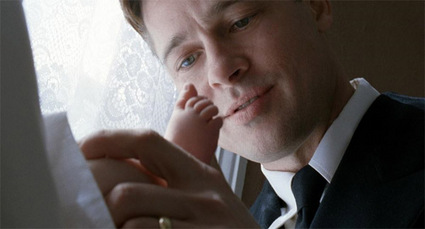 It seems then, that Malick tells us that we are each completely unique, yet completely mundane. We are thoroughly important, yet so insignificant. And, the mysterious flame-like image that keeps appearing in the film might be the fire that propels existence, or it might be the fire of love that molds and burns us. Or it might not be a fire at all, but the ambiguity that drives our explorations. But, through these low-angles, we still look upward in curiosity over the minutiae and upward in awe of the grandeur of this wondrous concrete existence.