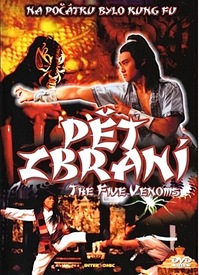 After following the discussions of my review of "Avatar," I decided to revisit a movie I so thoroughly enjoyed in my younger days. If you have not yet seen it, I hope you soon get the chance to watch "The Five Deadly Venoms," directed by one of the great Martial Arts directors, Chang Cheh (1978). And, tell me what you think of it.

"The Five Deadly Venoms" has an interesting premise: A teacher has trained a team of five martial arts fighters, each in a specific deadly martial arts style -- centipede (striking at high speeds), snake (able to strike while lying on the ground), scorpion (with powerful kicks), lizard (able to scurry along walls), and toad (thick skinned). Which of these five styles most resembles you? I, obviously, am most like the toad.

This movie has now taken on a new life for me, appealing in a different way than in the past.

I still love the aspects of the movie I loved before, but now appreciate the film as an adult with maturing concerns about life. I suppose that that's part of the joy that many movies give us: as we grow, so too do they. What movies did you love as a child, loving them now in new ways? They need not be martial arts movies.

Some connections to the film, as found at Wikipedia.com.

The film was referenced extensively in Juuken Sentai Gekiranger, in which the Five Venom Fists are based directly upon the Five Deadly Venoms, each reflecting the fighting styles in the film. They, in turn, were brought into Power Rangers Jungle Fury as the Five Fingers of Poison.

This film is also referenced frequently in the works of the Wu-Tang Clan.

In addition to the Wu-Tang references, member Masta Killa sampled the films music on his 2004 album, No Said Date

In the indie comic book series Infinite Kung-Fu the major villains have taught themselves the forbidden poison styles, which are the same styles displayed in "The Five Deadly Venoms"

The film is referenced in a scene in the film Waking Life when Wiley Wiggins character turns on the television.

Before his death, the teacher remembers his previous students, the Centipede, the Snake, the Scorpion,the Lizard, and the Toad.
Documentary footage about the Shaw Brothers and the Five Venoms team
The Five Deadly Venoms bluegrass band at Banjo Jim's in New York City 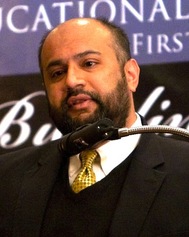 A biography of Omar Mozaffer, and his review of "Avatar." [ click ]