Directors’ Fortnight: Violence in "Cold in July" and "These Final Hours"

With two impressive genre films in two years, director Jim Mickle has established himself as a filmmaker to keep an eye on. "We Are What We Are" impressed both in Sundance and Cannes last year, and his second Cannes film in as many years proved to be one of the most deliciously addictive films of this year’s Directors’ Fortnight.

When his wife hears a noise during the night, Richard Dane (Michael C. Hall) immediately grabs the gun his father left him. Nervously, he walks to the living room. When a masked intruder appears, Dane's fear takes over. Without meaning to do so, he shoots and kills the burglar. The next day, the sheriff writes up a quick report stating that he acted in self-defense. Richard is hailed as a hero by the locals but can’t shake the event, especially when the convicted father of his victim shows up in town and starts threatening Richard’s family.

"Cold in July" can be divided into three very different parts. At first, it is an intense thriller in which an average guy fears for the life of his child. Based on a 1989 Joe R. Lansdale novel, the film shifts into a lighthearted buddy road trip movie before settling into a fun and excessive '80s revenge flick. The way that Mickle seamlessly introduces new genres into the story shows tremendous craftsmanship and makes it impossible to predict where the insane story will go next. "Cold in July" is hilarious and shallow when it can be, but dark and heavy when it needs to be; a tricky combination that Mickle confidently intertwines into one solid narrative.

"Cold in July" evokes memories of last year’s Directors’ Fortnight title "Blue Ruin." Both films take their time to put all the chess pieces into place before erupting with extreme violence. "Cold in July" adds a dash of "Pulp Fiction" to the mix with great characters and the way the film uses abrupt outbursts of violence as comic relief. Most of all, the film reminds us of the work of horror legend John Carpenter, in not just the opening sequence and score but in the terrific 1980s atmosphere as well. 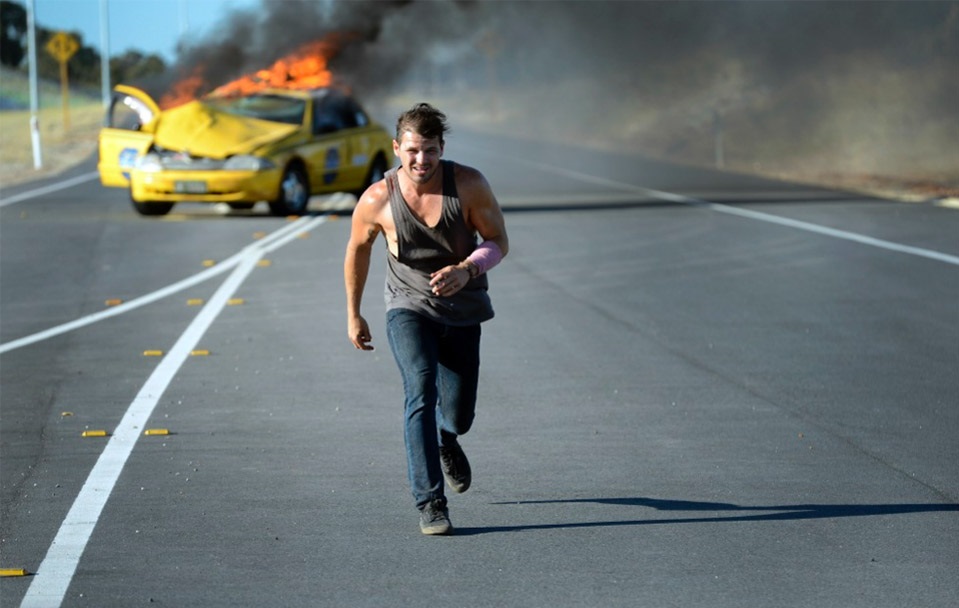 Another film with lots of over-the-top violence in the 2014 Directors’ Fortnight was Zack Hilditch's "These Final Hours." It’s about one man’s quest to attend the party to end all parties, twelve hours before the world will end. What could have been an exciting road movie filled with questions about the meaning of life and fear of the unknown ends up being a dumb trip that focuses too much on action; no room to think or reflect remains.

The problem with "These Final Hours" is that the film does nothing beyond showing the expected mayhem. The film leaves no room to breathe, no room to fully realize what this all means. It’s too busy bashing in the skulls of lowlifes with hammers or having one last orgasm before it’s too late. It’s like the film is afraid to just pause for a moment and contemplate the future. Sometimes it’s easier to scream and fight than to deal with reality, but in this case it results in a very superficial and empty film.