Clint Eastwood and the Hereafter 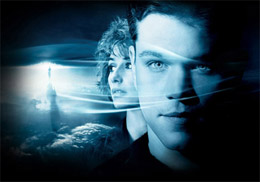 During the 1970s and 80s the typical Clint Eastwood vehicle was heavier in plot than characters. In most cases, he simply played another variation of his usual loner, with a different name and leading lady. The female role was barely relevant, came well in second place to Clint's and was nothing more than a plot resource. It didn't really matter who ended up playing her but for a while Sondra Locke got the part repeatedly.

These movies made for above average entertainment but the majority weren't terribly ambitious. Then, around the time when "Unforgiven" came along Eastwood displayed a drastic change of approach. Suddenly he started focusing on the people who inhabited his stories and, as a result, "Million Dollar Baby" (2005), "A Perfect World" (1993) and "Gran Torino" (2008) can be correctly described as boxing, heist or gang movies but, at their core, they are very simple father-daughter/father-son tales. Other examples are "Flags of Our Fathers" (2007) and "Letters from Iwo Jima" (2007). These aren't remembered so much as war features but rather as stories on how these groups of men handled their involvement in some extreme situations.

"Hereafter" (2010) is an example of the maturity Eastwood has achieved as a filmmaker in this later part of his career. It is also one of the best movies he's ever made. It has an extraordinary subject matter in the sense that people don't usually go through events like the ones depicted here, such as getting a glimpse of the after-life,or communicating with the dead. However the nature of the details surrounding them, such as the loss of loved ones and the need to let them know what went unsaid in their lifetimes, is easy to relate to. We don't come out of the theater dwelling on what awaits us on the other side as much as the state in which we have left this group of characters, whom we've grown to know and care for.

"Herafter" is the story of three characters living in different parts of the world, who seemingly have nothing to do with on one another except that they've all individually gone through death-related experiences. Marie (Cécile de France) is a successful Parisian journalist who came within an inch of dying in the 2004 Tsnami. Marcus (Frankie McLaren) is a London boy who lost his older twin brother Jason in a car accident. George (Matt Damon) is a man from San Francisco who seemingly has acquired the ability to talk to the dead (much in the same fashion as Christopher Walken in "The Dead Zone"). This means he must avoid physical contact with those around him or else spend his life seeing visions from another world. 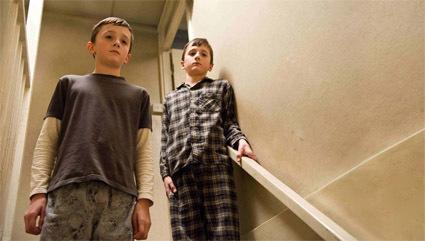 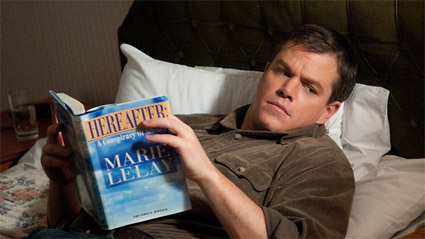 The three characters find themselves stuck--seemingly unable to take the next step in their lives. Marie needs to come to grips with her near-death experience or risk losing her credibility as a top newscaster. Marcus has spent his life dealing with an addict mother, which has made him mature beyond his years, but his dependency on the brother he lost seems to be more than he can handle. That puts him at odds with the foster parents in whose home he's landed. George, who can channel departed ones, doesn't want go through life surrounded by the constant presence of death, regardless of how well he could be paid for it. But his gift is not an easy one to avoid, turning him into a loner who can't stop craving a normal relationship.

One of the best things about "Hereafter" is the way it handles the bumps along the road for George as he meets Melanie (Bryce Howard). Here the script shatters one of those unspoken motion-picture rules: if a person or an object of importance is brought up in a relevant spot of a movie, it is solely for the purpose of being used later on; in other words, if a scuba tank is seen being placed in a prominent corner of the boat, it is only because a character will need it later. 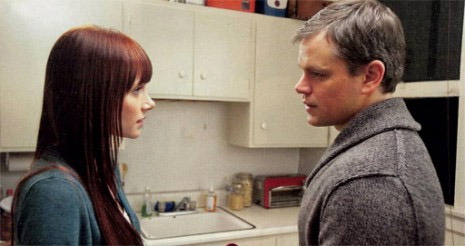 In the case of "Hereafter" we meet a good hearted and vulnerable girl who is in dire need of someone to love, and seems to be the solution to all of George's problems. They get to know each other in the perfect time and setting but the movie shockingly allows her to become merely a symbol of George's great difficulty in becoming close to anyone. Eastwood makes their separation a terrible moment for both George and the audience. But he avoids making evident the notion that their needs, natures and situations of the three main characters means that it makes sense they should end up having everything to do with one another by film's end.

The concept of heaven as depicted in "Hereafter" doesn't go into great specifics. George's abilities seem to be restricted to guessing the correct "yes or no" answer often enough for us to believe he actually possesses a gift. The movie makes no new revelations about the afterlife or shows anything about it that we haven't seen in other films (though heaven here lacks anything as cinematic as a Concorde for the departed, as in "Heaven Can Wait" (1978)). There is a brief attempt at creating some controversy about the topic with the Marthe Keller character, but that doesn't really go anywhere (nor should it) as it not really relevant to this movie's central theme. Eastwood chooses to focus instead on the efforts by the characters to get on with their lives and he makes some interesting choices on how they go about them.

The general attitudes of film and TV characters has evolved throughout the years, from constantly aiming to do the right thing in complex situations (much like Rick in "Casablanca" (1942) and Holly in "The Third Man" (1949)) to doing what's most convenient for their own cause (prime examples being the characters in "Seinfeld"). These days it seems many of them opt for doing the wrong thing just for the sake of it (think "The Social Network" (2010)). In contrast, "Hereafter" shows that it is only when George is willing to sacrifice and help Jason with something he'd much rather avoid doing, that his curse will indeed turn into a gift and reward him with the one woman who can make him happy, the one whose smile at this realization (made evident without a single word being uttered) will provide this audience with the ending they wanted all along, even if they didn't realize it.

"Hereafter" is a traditional tale from and old fashioned filmmaker who takes his time telling a story without resorting to the popular devices of today such as shaky-cameras, quick cuts, 3-D, unbelievable plot twists and so on. Eastwood does resort to one of the few special effects sequences of his career (certainly his most elaborate). He uses the story of the real-life Tsunami that took place one Christmas day, some years ago, to launch one of his protagonist's personal stories. No matter how much we've read about or imagined a situation like this, here we get to witness one in detail, and feel like we've lived through it. The result is spectacular; when was the last time anyone handled digital water convincingly? It helps us understand why Marie's life can never be the same from that point forward, and it leaves a harrowing feeling throughout the rest of the movie.

"Hereafter" also gives us the chance to listen to another one of Clint's very simple, self-written musical scores which exists only to accentuate the mood of a few scenes here and there but provides the feature with a specific mood and taste that lingers long after leaving the theater.

"Hereafter" succeeds in making its characters, their problems and ambitions our very own. I was surprised to learn it wasn't a commercial or critical success but then again, here we have a filmmaker whose main goal seldom appears to be making of the latest block-buster, focusing instead on projects that will pass the test of time. When thinking back to some of Eastwood's early directorial efforts ("The Gauntlet," "Firefox," "Pale Rider," etc.), there was always the feeling he could make adequate movies but also that his ceiling was well defined. I believe that he'll be best remembered, is eventually having blown past those limits.