For better and worse, "Stoker," South Korean director Chan-wook Park's first film with an all English-speaking cast, is very much Park's baby. Park ("Sympathy for Mr. Vengeance," "Thirst") is most well-known for directing "Oldboy." In that now-famously bloody, operatic revenge drama, and most of his other films, Park takes great pains to steep viewers in his protagonists' subjective worlds. Perspective is accordingly a prison in "Stoker," a soapy Southern Gothic-style coming of age story with an Alice in Wonderland fetish.

But unlike many of Park's films, the generic dictates of a bildungsroman require "Stoker"'s introverted heroine, played by a typically excellent Mia Wasikowska, to reach a turning point when she realizes that her limited worldview has prevented her from fully understanding her environment and therefore herself. That kind of thematic subtext may sound like heady, heavy stuff, but it's consistently spelled out in the film's text by screenwriter Wentworth Miller, formerly the star of TV's Prison Break.

That brittleness is "Stoker"'s main problem. While much of the film's meaning is inscribed on its glassy surface, Park's not always able to successfully finesse material that's so florid it would make Brian De Palma blush. Also, as in some of his recent melodramas, Park's not always sure when he's leaning too hard on already thematically overburdened symbols and performances. "Stoker" is definitely a film by Chan-wook Park, but that's not always a good thing.

In the film's opening scene, India "Stoker" (Wasikowska) confesses that she hears and sees things most people cannot. She also thinks she will only become an adult once she's accepted that she's a product of her environment. So for a while, India resists everything that defines her homelife, particularly her prudish, newly-widowed mother Evelyn (a perfectly fine but mostly unremarkable Nicole Kidman). 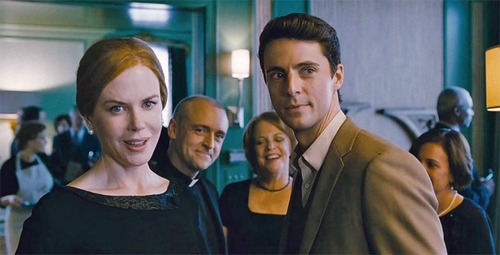 But when her uncle Charlie (Matthew Goode) shows up and guilelessly tries to seduce both Evelyn and India, India comes to identify with a previously undiscovered part of her family tree. That kind of sympathy is obviously dangerous for India, since she's a teenager and Charlie's an adult blood relative. But sudsy, Dark Shadows-worthy plot twists paint an even darker picture of India and Charlie's already-shocking, but never quite forbidden liaison. Those twists don't necessarily make Charlie and India's relationship more complicated, but their romance doesn't always need to be complex to be effectively shocking.

While all of Park's films rely heavily on the over-mannered parceling out of information, each new revelation in "Stoker" makes you feel like you're being led by the nose by people who desperately hope you haven't already seen the annoyingly large writing on the wall. Being so rudely jerked around is not often unbearable because Park, like fellow Hitchcock-o-phile De Palma, makes being toyed with fun.

"Stoker"'s best scenes are the most beguiling, the sequences where Park revels in sensory overload. The "thok-thok-thok" of a metronome slicing through the air, or the delicate tinkling of a basement lamp moving in Wasikowska's hands prove that great care was put into the film's layered sound design.

More importantly, Park knows that while his film's narrative often defers knowledge based on inductive narrative logic, his greatest assets are his actors. In "Stoker"'s best scenes, Wasikowska's body language speaks volumes for her. In the weaker ones, Goode's body language clobbers viewers. Of the film's three leads, Goode is the one Park makes the worst use of. His wide-eyed, piercing gaze is so off-putting that Park winds up abusing its effect in several transitional scenes in which Charlie stares intently at his niece. 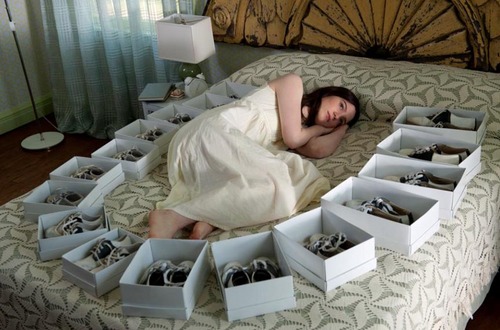 But all the stylistic curlicues in the world can't save "Stoker" from its overwrought scenario. Scenes that rely too much on the symbolic weight of Charlie's belt, or the shock of seeing India violently respond to her uncle's advances, are only so sophisticated. Likewise, some of the Alice in Wonderland allusions are not nearly as subtle as Miller or Park would have you think, as when Charlie offers a glass of red wine to India, barely stifling the urge to ask her to, "Drink me."

Moreover, Miller's dialogue is also sometimes toxically tacky, like when one of India's would-be high school suitors tells a bully to take a hint, and "follow the bouncing ball." In these moments, you can see that "Stoker" lives or dies based on how well its creators immerse you in India's headspace. When Park and Miller push too hard, they wind up pushing you out of the film.

Still, "Stoker" is mostly engaging because Park does a characteristically good job of trapping you in his anti-heroine's world. The limits of what you see in the film are most entrancing whenever Park shifts things into focus, and lets you get a better sense of what you're looking at. Characters, or body parts intrude into Park's fussily-arranged frame in such a way that you feel like you're watching pieces of a jigaw puzzle fall into place.

Because such revelations are crucial to the film, I won't spoil anything, but when India makes an, um, emotional breakthrough while in the shower, it's a perfect example of how cringe-inducingly graceless, but also effectively jarring, "Stoker" can be. Everything else in Park's latest has to be compared and contrasted with this moment, the best and the worst trick Park has up his sleeve.