Walt Disney founded the California Institute of the Arts, popularly known as CalArts, in 1961, placing it in the small city of Valencia, just outside Hollywood and its more mainstream entertainment industry. His intent was to create a kind of experimental laboratory, an interdisciplinary "Caltech of the arts." From the start, its students—all selected on the basis of talent and potential rather than SATs and G.P.A.s—were given space in this unusual atmosphere to develop their own work, of which they actually retain both artistic control and copyright, while working within a supportive community of explorers in music, dance, film and video, animation, theater, writing, puppetry and the many visual arts. 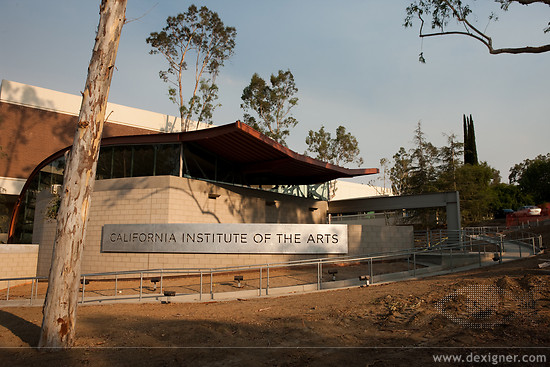 Disney said at the time, "What young artists need is a school where they can learn a variety of skills, a place where there is cross-pollination and allows for the widest possible range of artistic growth and expression…(I've always believed) if you keep busy, your work might lead you into paths you might not expect…to take quests without knowing what you would find."

This idea was of a piece with the way Walt and his brother Roy always worked. "Fantasia" (1940) is one example of that collective achievement, with animators and designers, dancers, composers and technicians—over 1000 in all—coming together collaboratively, exploring in a range of styles and media throughout its 8 animated segments, birthing an experience still appreciated 75 years later. 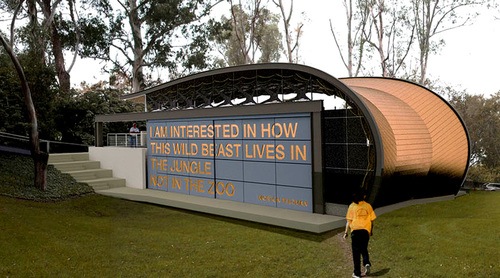 Disney's creation became a freewheeling, even radical institution which was almost immediately, but hardly surprisingly, in conflict with the Disney family's business interests, not to mention Walt's conservative political views. There have surely been battles. But much to his credit, the school continues to thrive, each year loosing many an experimenter, or shape-shifter, out there to work in the wider world. Among its alumni are noted actors Ed Harris, Don Cheadle, Bill Irwin and Katey Sagal, and directors such as Pixar's John Lasseter ("Toy Story" and 60 other titles), Brenda Chapman ("The Prince of Egypt," "Brave"), Henry Selick ("James and the Giant Peach," "Coraline"), James Mangold ("Walk the Line," "The Wolverine") as well as those phantasmagorical artists Julie Taymor ("Frida," "The Tempest," and stage sensation, "The Lion King") and the prolific Tim Burton ("Edward Scissorhands" and "Beetlejuice," to choose just two) whose seeds surely sprang from the CalArts garden. 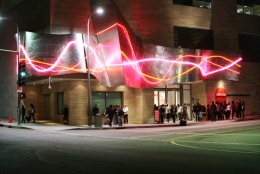 I was thinking of Julie Taymor in particular, as I attended the premiere of the 10th annual New Original Works Festival at REDCAT, the Roy and Edna Disney/CalArts Center housed within Frank Gehry's transcendent Disney Hall in downtown Los Angeles.

"About4Trains," one of the 3 pieces featured, is a dreamlike odyssey involving six actors, a few props (a bowler hat and a bit of child's train track among them), a slip of a story, original music, and a 3-D/stereoscopic contraption able to conjure 30 foot shadows which move in cubic space. That patented invention, a trade secret about which the actors had to sign non-disclosure agreements, was invented by CalArts alum, artist and director Christine Marie. Lights and gels are used, but no projection. As an excerpt from a larger work ("Signaling Arcana," which premieres this September), it's not a lengthy segment (guessing under 20 minutes) but sets a quixotic mood, even including a very funny section in which we audience members happily put on the red/green 3-D glasses tucked in our programs. Its characters seem to travel on and depart from trains, while various objects and handmade special effects spring out at us. A score with cello composed by Dan Cantrell, somewhat reminiscent of Erik Satie, makes an affecting accompaniment. 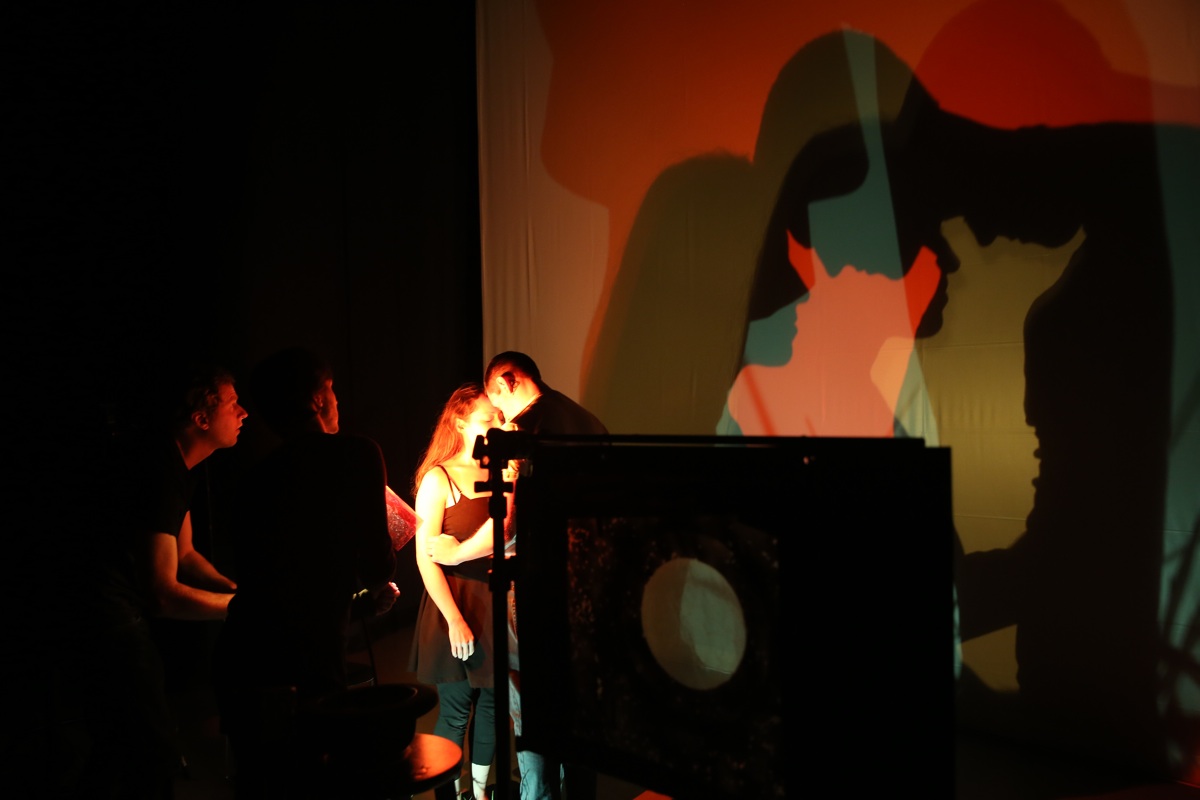 Not entirely sure what I'd seen, I was glad for some translation afterwards. Seated beside me was Peggy Phillips, a choreographer and special events planner (think aerialists, stilts walkers, musicians, etc. at very unusual parties) whose son Jesse March (CalArts, theater 2014) plays The Shadow Caster Hobo. March, who decided he wanted to become an actor at age 3, explained that each performer, following auditions, spent at least six intensive weeks working up the piece with the director. All are required to handle a significant physicality and to hold tightly to various marks and blocking. Asked by a small boy behind us, maybe 3 himself, "What is it about?," March replied that he didn't really know. "It's meant to be a mystery." (The boy seemed to get this, possibly better than I.)

I heard the term shadow theater for the first time. Evidently this form is being explored increasingly in experimental art and multimedia installations, and is beginning to influence advertising and more traditional filmmaking. In fact, director Christine Marie, who also directs, designs and edits some remarkable music videos, considers herself a filmmaker first. Her influences, something like Julie Taymor's, include the arts of Bali, particularly puppetry, and silent film. One can perceive the impact of the Burning Man Festival and performance/dance work, too. And what she's doing may be more mainstream than is recognized as, along with an active performance schedule, she conducts workshops at film studios such as Pixar and DreamWorks, designs for noted theaters, does lecture-demonstrations at schools, colleges, museums, and is a TED Fellow.

Perhaps the best way to get a handle on Christine Marie's work is to watch one of her music videos below. But I encourage anyone interested in stepping away, even briefly, from one's favored multiplex or comfy home viewing, to take some time with work like this. It'll stretch your mind and imagination, as it did mine.