A world of apartheid and apartness 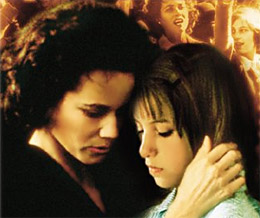 Sometimes people learn a hard life lesson about their world when they are young and innocent. Molly, a young white South African girl in "A World Apart" (1988), learns it in a way far more hurtful than usual. She wants her normal comfortable life to resume again, but her world is Johannesburg in the 1960s. She begins to grasp lots of injustices in her world, even while confused and hurt a lot by her parents as well as what happens to her and her family.

The undesirable change in her life commences with the sudden departure of her father on one summer night in 1963. Gus (Jeroen Krabbe) comes to his daughter's bedroom, and he explains to her that he has to leave the country for a while. He promises her she will hear from him later. He is a prominent figure in the anti-Apartheid movement, who has to flee the country before being arrested and jailed for subversion. Molly (Jodhi May) accepts this, and, on the next day, her life goes on as usual with her best friend and her mother Diana (Barbara Hershey), a left-wing journalist. 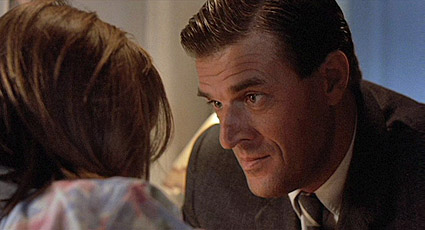 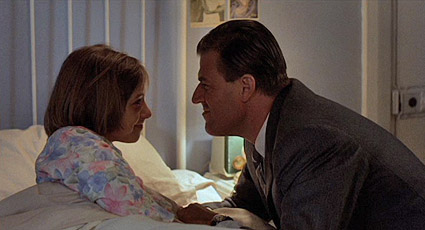 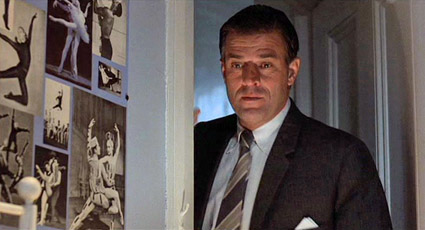 Their life is not changed much at first. Though Diana is mostly occupied with her political activity and Molly consequently feels alienated from her mother, she and her younger sisters happily live in their affluent middle-class neighbourhood. Though they are well aware of Gus and Diana's activity and the people they are associated with, the neighbors are not that heartless to Molly. She is taunted by other students at her school because of her father, but her best friend stands by her, and the principle cares about her trouble, while asking her whether she has heard any news about her father. 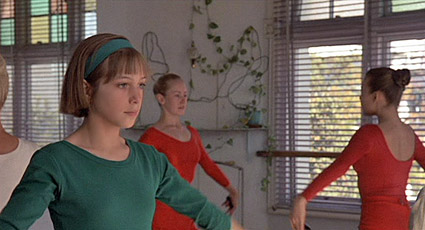 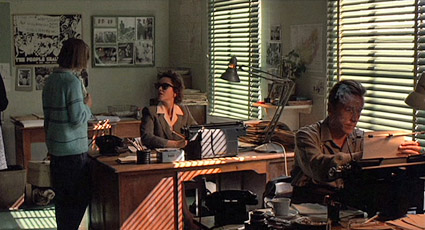 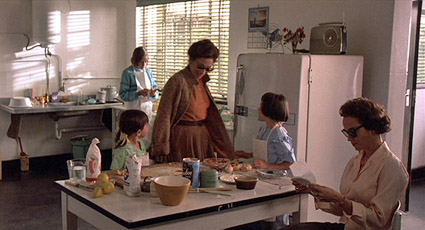 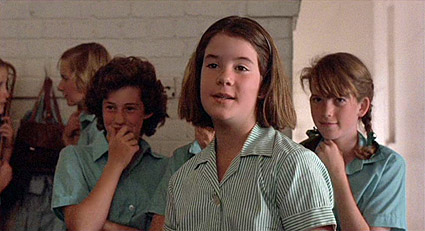 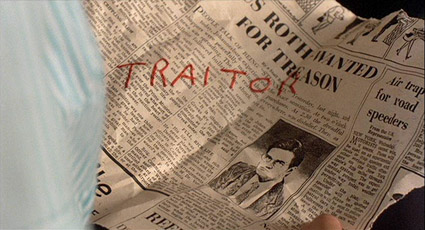 The situation grows worse for Molly and her sisters as time goes by. The resistance to Apartheid has kept growing since Apartheid began in 1948, and the South African government has responded with harsher repression including police brutality and several absurdly unjust laws. One of them is the 90-day detention law, which allows the government to detain anyone on the suspicion for a 90-day-period even if they have no concrete evidence against him or her at all. The detainees are not allowed to contact their lawyers or families, and they are not allowed to write or read anything in their solitary cells. This sounds like the foolishness a long time ago, but I heard that the Blair administration had actually tried to pass a similar act a few years ago. Sure, they said it only applied to terrorists, but just think about how easy it is for the government organizations to label a common individual as a subversive. 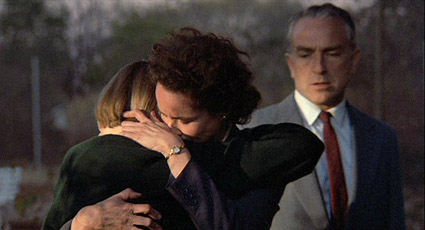 The 90-day detention law is soon applied to Diana. She is swiftly arrested and locked in the prison, where she is completely disconnected from her family. Even after she realizes the law applied to her is far more sadistic than she imagined, she does not bend her principles or her the firm, defiant attitude. Her interrogator, played by strict but courteous David Suchet, actually respects her. As a man who is just doing his job, he tries to make their situation progress as smoothly as possible. Of course, he is frustrated by her stubbornness in the end, but, unlike his vicious colleagues who bully her, he shows as much kindness as allowed in the system he belongs to. 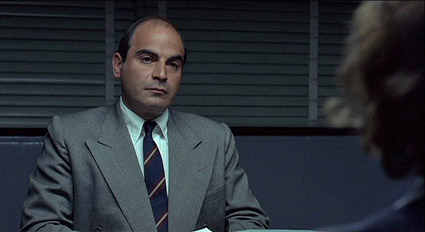 So far, the movie seems to be not so different from other notable political drama movies about Apartheid made during the 1980s and 90s, but what distinguishes this film from others is that it mainly looks at Apartheid through Molly's view. She has already been frustrated because her mother does not give enough attention to her school life while busying herself with her political activity. Now she is more frustrated than ever because days of heaven in their house are over for her and her sisters after their mother's arrest. Her young sisters initially recover from a sudden change and regain their cheeriness while taken care of by their grandmother, but they also come to sense the distress hovering over the household.

Her world is not suddenly turned into hell on earth, and the movie wisely does not overplay her plight, but Molly's new daily life is like an endless purgatory to her. She has to endure more scorn from others around her. She has to leave her house and board at school, and she hates that. Furthermore, she learns that she is now even ostracized by her best friend. To a young girl like Molly, this is quite a dreadful thing - and the parents to stand beside her are not available to her in this difficult time. 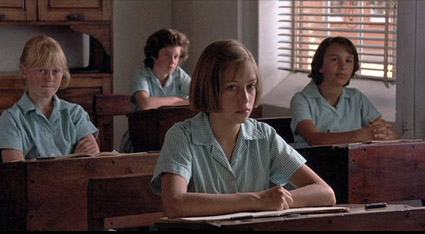 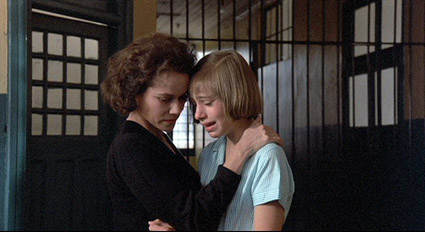 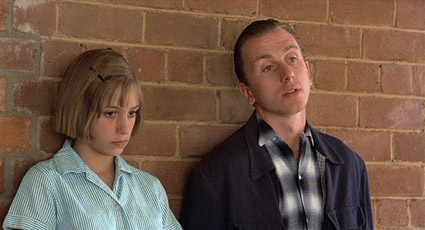 It is a little weird to say that her feeling of being alone and rejected matters to her more than the people deprived of the basic human rights outside, but that is true in case of any ordinary girls at her age. Molly goes with Diana to a protest march not because she is interested in social injustices, but because she wants to be near her mom. When she coincidentally witnesses a black man left injured on the street by a white hit-and-run driver, that incident is merely a small thing to tell to her mother.

The movie is frank about Molly's limited view as well as her and her mother's position in their world. Compared to her mother, Molly is not in the worst situation for she at least can be with other family members at her house. And compared to the other countless black activists brutalized by the South African police, we can say that Diana is relatively treated mildly for she is a well-known white woman despite being labeled as a traitor of the state.

It can be said that, due to its main characters, the movie has that much-discussed awkwardness prevalent in the more well-known Apartheid movies like "Cry Freedom"(1987), which starts as the story about the black activist Stephen Biko and then ultimately becomes the story about the white journalist who escaped the country to write about him. "A Dry White Season"(1989) is a better one which powerfully depicts a lot more of what is glimpsed in "A World Apart", but its climax culminates on, again, whether the white hero played by Donald Sutherland can get the important article printed on the newspaper.

However, compared to other movies, "A World Apart" has far less awkwardness, for the story starts and ends with Molly while recognizing the limits in her viewpoint. By concentrating on Molly's world with the details, the movie gives us the reality with a specific time and space; it pulls us inside her world, it makes us identify with her and understand her view, and it lets us see more than what she sees in her world. While South African goes into the more turbulent period, she starts being more conscious of what is happening around her, especially through the housemaid Elsie (Linda Mvusi), whose activist brother is arrested and abused by the police. But still, like her parents, she is someone from different world to Elsie and other black people, and that fact is succinctly conveyed to us during her visit to Elsie's family living in a slum area. 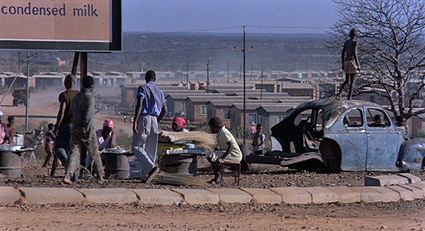 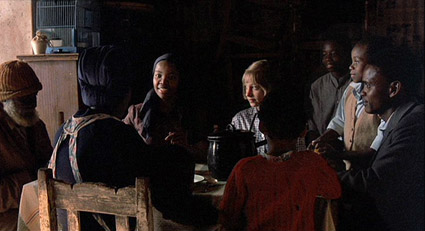 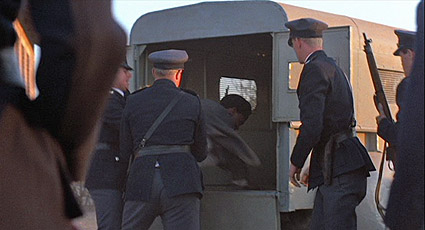 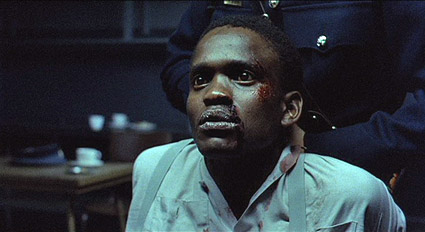 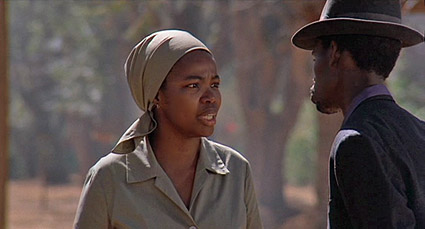 "A World Apart" was the directorial debut of Chris Menges, who is more familiar to us as a cinematographer. While working as the cinematographer for the movies such as "The Killing Fields" (1984) and "The Mission" (1986), he also made few films, and this movie is the best accomplishment in his short directing career. With his cinematographer Peter Biziou, Menges does an excellent job of vividly presenting the world with the brutality hidden beneath the surface, where you can live without troubles as long as you do not cross the lines to become someone to be watched. 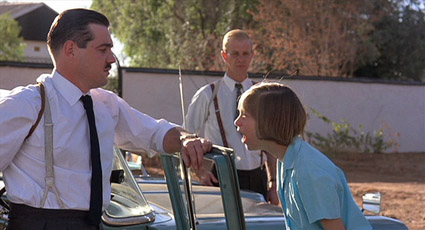 The movie was well-received at the Cannes Film Festival in 1988. It got two awards, and one of them was Best Actress award for Hershey, May, and Mvusi. Barbara Hershey gives a strong performance as a mother who loves her daughters but definitely will not be nominated for "the Mother of the year". She probably agree with her interrogator when he points out that she is putting her kids into suffering while sticking to her belief. However, as someone born to be an activist, she cannot stand back and rather pay the price for that. Jodhi May, who debuted with this film and has continued her acting career, is equally impressive with her wide eyes, the windows through which you can see a lot of things inside her including the pain of growing up in the world turned hostile and alien to her. Linda Mvusi has small, intimate moments with May - you usually learn that something is wrong in the world when unjust things happen to the people close to you. 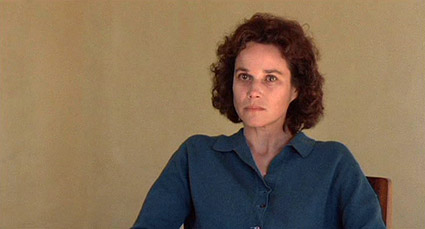 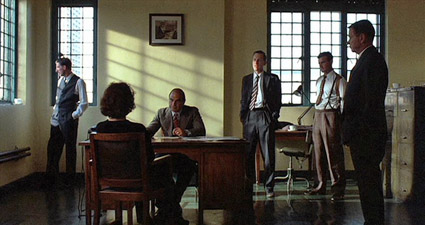 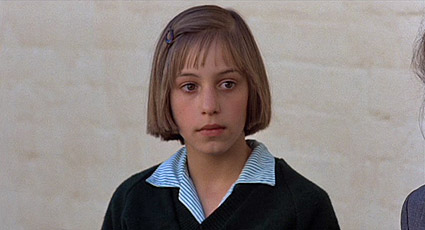 You can feel lots of real personal feelings inside the story, which is based on the screenplay writer Shawn Slovo's difficult years of growing up in South Africa. Like their fictional counterparts, her parents, Joe Slovo and Ruth First, actively participated in the anti-Apartheid movement, and they were certainly not welcomed by some people in their country. As depicted in the movie, Joe Slovo became an exile while continuing his activity associated with the African National Congress (that part is briefly depicted in "Catch a Fire"(2006), also written by Shawn Slovo), and Ruth First was subsequently detained in the prison for a long period. She also got out of South Africa later, but she was killed by the parcel bomb in 1982.

Apartheid has become the part of the 20th century history along with its relatively peaceful ending. It is the 21th century now, and, while South Africa is dealing with other problems, we amusingly watch all South African people become hostile together to the aliens in SF movie "District 9" (2009). While effective as the movie showing the inhumane world that did exist in the past, "A World Apart" is also a touching drama about a mother and a daughter whose lives are shaken by that world. The movie basically says "Mommy, you screwed my childhood.", but it cries that out with endearment and respect as well as resentment and pain. Even after eventually letting out their feelings to each other, Diana and Molly will still be not so close to each other; mother will continue her work, and daughter will not know a lot about what her mom does. However, at the moving finale, they are together for a while - with the people who are different from them but pursuit the same thing. We know that their wish finally came true in the end. 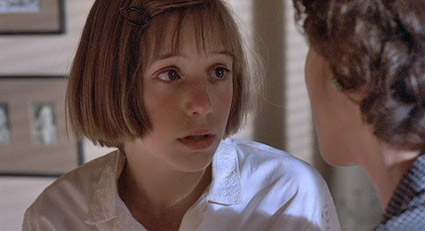 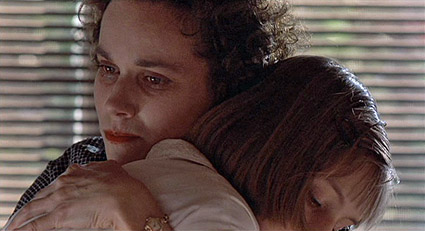 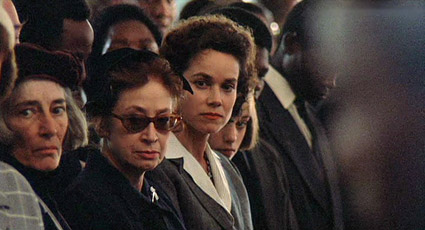 Sidenote: The score was composed by Hans Zimmer, and it was a small but important stepping stone for his career. He was unknown at that time, but his work in this film impressed Barry Levinson's wife, and she recommended her husband to hire him as the composer for his movie, "Rain Man"(1988). The rest is, as many of you know, the history.