A howl of desperation for those who cannot howl 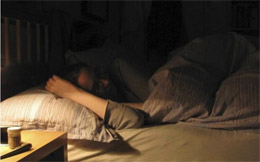 There is a shot in "Voices from the Shadows" that shows a man in his twenties lying forlornly in bed.

Like the rest of the documentary, it exists to illustrate the miserable effects of the illness Myalgic Encephalomyelitis, or ME, which is often unhelpfully called Chronic Fatigue Syndrome. 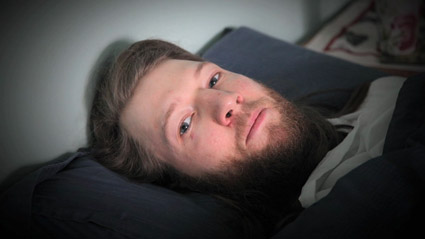 He could shave instead of telling his carers what he feels able to eat that day, or instead of eating it, but that's not a sensible idea. He could shave instead of speaking to the friend who will visit him for ten minutes in the afternoon, but he hasn't spoken to anybody besides his parents and his doctors in two months, and he really wants to talk to that friend. He could shave instead of counting out and swallowing the painkillers he needs to roll over in bed without wincing but ... well, that's just crazy talk. Besides, you need light to shave, and electric light gives him migraines and blurs his vision. Every day, this pattern recurs. Although shaving is always on the list of things he wants to do, it never makes it to the top. And so the beard grows.

As a child, I was an inexhaustible over-achiever and what, in America, is called a straight A student. At 10, I was an assistant karate instructor and on course to be one of the youngest black belts in Britain. At 11, I had a routine inoculation - a common catalyst for ME - alongside the rest of my school classmates. I was never inexhaustible again. Eighteen hours later, I couldn't lift my arms. My skin erupted in a rash. Daylight burned my eyes. My migraine made me cry. My dad thought I had measles. I wish he had been right.

I couldn't go back to school for a year. My childhood stopped, and I measured time by counting down the intervals between doses of painkillers. A couple of doctors, and several teachers, didn't believe I was ill. I learned a new term, one whispered to my mother and father when doctors thought I couldn't hear, or couldn't understand: 'school-phobic'. If it hadn't been for my combative parents, my saintly GP and my fast mouth, I would have been referred to a psychiatrist, or reported to a truant officer.

Eventually, I recovered. I went to high school, and tried to reclaim the time I'd lost. I was captain of the debating team, the rugby team and the athletics team. I was on the basketball team and the swimming team and the cricket team. I wrote the school play. I was champion athlete on sports day two years running. I played rugby for the town and the county and the local club, sometimes four times a week and twice a day.

And then I started to feel ill again. A few months later I was back in bed, trying not to throw up the little food I could keep down, exhausted by the effort of cleaning my teeth, and as completely reliant upon my parents as I would have been if I'd become quadriplegic. I stayed that way for years. Once, when I was sick of being 16 years old and unable to take a damn shower by myself, I tried to take one while my parents were out. My legs buckled and I had to lie on the bathroom floor. I was there for two hours. I was never well enough to finish high school. Again, there were doctors who thought I wasn't really ill. There still are.

I'm in a better situation than most of the ME-sufferers in "Voices from the Shadows." For one thing, my symptoms are not as severe as they used to be and I am able to work a little from my bed. (I'm a film critic. Or at least as much of a film critic as one can be without ever really getting to the cinema.) For another thing, I'm still alive.

"Voices from the Shadows" does not just document the effects of ME: it documents the abuse of those who have it by doctors who fail to recognize it is a physical condition and treat it instead as a mental illness. The World Health Organization has defined ME as what it is - a neurological disorder - since 1969. Especially in Britain, but elsewhere too, sufferers born more than twenty years later are still being treated as malingerers.

Of the patients profiled in "Voices from the Shadows," two stand out. One is Sophia Mirza and the other is Lynn Gilderdale, whose face - pretty and pale, and somehow serene despite struggling not to grimace with pain - is one of the film's unshakable images. I knew Lynn Gilderdale. I didn't know her well, but then it wasn't easy to know her well. She could barely move, and the idea of her leaving the house was laughable. She had 48 Facebook friends and I was one of them. We exchanged occasional emails. I took longer to reply to hers than I should have. I didn't realize the opportunity to know her would be so brief. 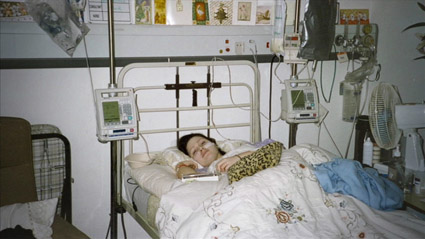 Lynn's agony was incessant: her ME tortured her with an intensity that shocked me. Before I knew her, Lynn's body had been damaged by doctors who thought she was at worst lazy and at best mentally ill. She never recovered, and her life worsened day on day. In early December 2008, a friend told me that Lynn was dead, and that her mother had been arrested for murder. Lynn's illness had become insurmountable and, one night, she attempted to overdose on morphine but didn't have the strength or co-ordination to do it. Walking in on her, Lynn's mother - in a supreme act of maternal love - assisted with the overdose. An autopsy revealed that Lynn's spine was severely diseased. Her illness had been purely physical. 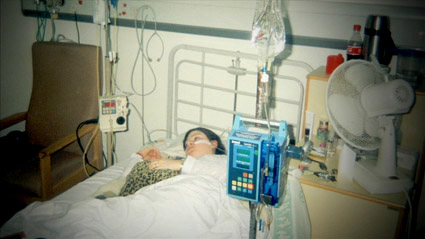 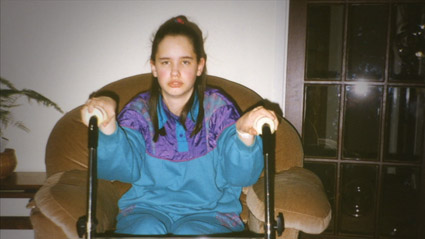 Sophia Mirza's ME was similar to Lynn's, and far worse than mine. As a girl, Sophia was bright and beautiful and lively - and then she developed ME, and suddenly she was none of these. But her doctors didn't believe that such a change could be due to physical causes and so they insisted she simply didn't want to be well. In the most excruciating sequence in Voices from the Shadows, we hear the recording Sophia secretly made when those doctors, accompanied by police officers, forced their way into her home and took her to a secure mental institution. There, like other patients profiled in the film, she would no doubt have been forced to exercise - to prove to her that there was no physical reason why she could not. (Exercise only worsens the symptoms of ME; nevertheless, it is still prescribed as a treatment.)But she was too ill even for that. The stress of being committed to a mental hospital when she had no mental illness, of being fed food she couldn't eat, of not being allowed to sleep when she needed to, and of being treated at all times as if she was physically healthy, made her symptoms deteriorate to such an extent that a judge eventually ruled she should be allowed home. She never recovered and, two years later, she died. Sophia Mirza was bullied to death by medical professionals who ought to have helped her; no criminal charges have been brought against them. An autopsy revealed that Sophia's spine was severely diseased. Her illness had been purely physical. 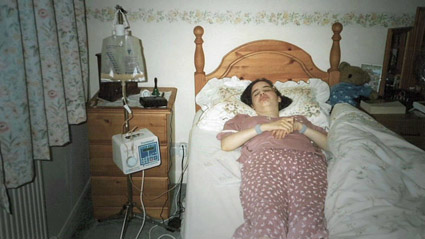 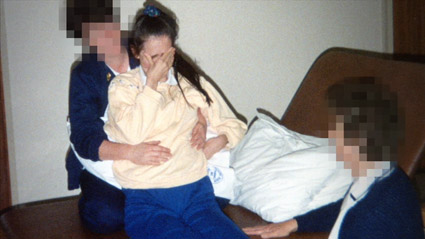 "Visions from the Shadows" isn't technically or artistically impressive. It isn't the bold new work of a brave new film-maker. It is a howl of desperation from co-directors Natalie Boulton and Josh Biggs - the mother and brother of a young woman with ME - on behalf of those who cannot howl themselves. Much of it consists simply of people sitting and talking about ME. What makes this invaluable is that the things they say are seldom said. Or rather, they are seldom listened to. 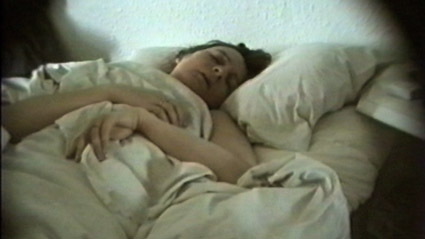 Although "Voices" joined "The Artist" and "Albert Nobbs" in winning a prize at 2011's Mill Valley Film Festival, it has no theatrical distribution deal. Boulton and Biggs sell European DVDs of the film through their website; outside Europe, it is streaming for $2.99 from MUBI.com. I can't be impartial about this film, and I can't conclude my review of it - if this is a review of it - with the customary, balanced summation of why you should, or should not, try to see it. But I can, with total sincerity, say this: if I could make everyone in the world see just one film, this would be the film I'd choose. It's my film of the year. It'll be my film of the decade.

As a critic, I spend my life hoping to find films that will be speak to me. "Voices in the Shadows" goes beyond that. It is a film that speaks for me. And I want you to hear it. 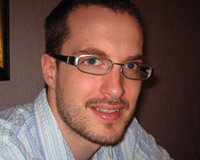