Standing Together: Chicago Magazine Honors the 2016 Chicagoans of the Year

In keeping with my mission of encouraging empathy, kindness and compassion, we will highlight from time to time acts of goodness whether or not related to movies and the arts. I was particularly taken by Chicago Magazine's class of Chicagoans of the Year, those ordinary mothers, doctors, artists, singers and baseball players who achieved extraordinary acts benefiting all communities, some in Chicago, some in Syria. Matt Fagerholm gives us a moving portrait of their acts of kindness and compassion.—Chaz Ebert

It’s a testament to Chicago Magazine’s magnificent roster of recipients honored as the 2016 Chicagoans of the Year that a no-show from the Cubs was practically an afterthought. No one from the team or the management was available to accept their award during the magazine’s annual luncheon on December 6th, though Kyle Schwarber did submit a video expressing gratitude on behalf of himself and his teammates. What made the Cubs’ victory all the more vital, apart from its shattering of alleged curses spawned from a century of losses, was the hope it brought to a city in dire need of it.

The story shared by Grammy and Oscar-winning rapper Che “Rhymefest” Smith was emblematic of the unending rift between police officers and members of the community that has led Chicago to reach record levels of violence this year. After he was robbed at gunpoint near the 4300 block of South Cottage Grove, Smith attempted to file a report at the Grand Crossing District police station, and was shocked by the officers' inaction and contempt. He took a video of their behavior with his phone and posted it on Twitter with the caption, “You wonder [why] we don’t report crimes? The police treated me disgustingly.” Yet as Smith began to reflect on the experiences of officers who must face death and ridicule on a daily basis, he realized the need for some sort of reconciliation.

In addition to serving as the creative director for the arts education nonprofit, Donda’s House, Smith is now spearheading a new project, Heal Chicago, which will organize a series of therapy sessions for citizens and police to come together and work through conflicts. In a stirring speech that earned a standing ovation at the luncheon, Smith stressed the importance of togetherness and oneness. He said that healing must begin with forgiveness, as he learned upon discovering that his long-estranged father, a man whose absence angered him for decades, had been homeless for 30 years.

Smith also quoted Susann Homan, Publisher and Editor-in-Chief of Chicago Magazine, who described the “low hum of everyday stress” that pervades so many communities in Chicago. In a possible reference to the wall promised by President-elect Donald Trump, Smith said that it is crucial for the walls that engender segregation to be torn down in order for a dialogue to bind us together. Though he was named “The Healer” by the magazine staff, Smith considers himself part of a collective encouraging all of us to stand together for what is right.

Several people in attendance were reduced to tears by the story of another recipient, Carrie Meghie, whose newborn son, Jackson Chance, passed away from a lung condition after spending ten months at the Ann & Robert H. Lurie Children’s Hospital. Over a period of six weeks, the couple had spent nearly $2,000 on parking, a sum that galvanized them.

“During the time that we were in the hospital, we were surprised that the cost of parking and transportation became a true obstacle and expense for us and for other families,” said Meghie. “It was heartbreaking to see so many babies there alone.”

After an associate gave the Meghies a parking pass for the garage, they were inspired to create the Jackson Chance Foundation, a nonprofit that covers parking and public transportation expenses for every family with an infant in Lurie’s neonatal intensive care unit. Since 2013, the foundation has raised nearly $2 million, enabling the Meghies to help some 2,000 families visit their loved ones without going bankrupt.

Acclaimed painter Kerry James Marshall also wanted to make a change in the world, specifically the art world, after seeing so few African-Americans represented in the works routinely displayed in museums. The mammoth retrospective of his work, Mastry, features imagery that directly subverts the stereotypes often attributed to African-Americans that are perpetuated by the 24-hour news cycle. When the show ran at Chicago’s Museum of Contemporary Art, it became the fifth biggest exhibit in the museum’s history, attracting 130,000 visitors that included First Lady Michelle Obama. In his speech, Marshall paid tribute to the late Chicago artist Charles White, whose work he sought to emulate in his endearing portraits of everyday black lives.

“If you always go to the museum and only see other people represented, then it’s hard to start to believe you are in any way at all equal to them because you don’t see yourself competing at the same level as they do,” said Marshall. 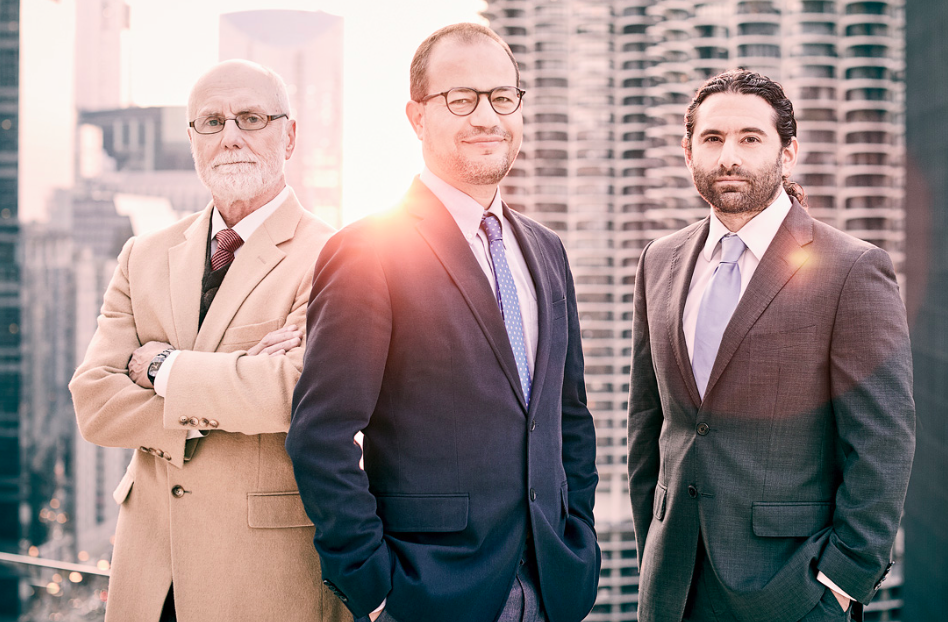 In terms of sheer bravery, it’s impossible not to be awed by the achievements of three Chicago doctors—Samer Attar, an orthopedic surgeon with Northwestern Medicine; John Kahler, a pediatrician with Access Community Health Network; and Zaher Sahloul, a critical care specialist at Advocate Christ Medical Center—who traveled to Aleppo, Syria in June to aid victims of the country’s nearly six-year-long civil war. They worked at the only remaining hospital in Aleppo, which had the code name M10 and was operated in secret prior to its destruction in October. It had long been a target of the Russian-backed Syrian government, and the sights that these doctors witnessed are almost unimaginable. Attar, who is of Syrian ancestry, was able to stay for two weeks, while Sahloul and Kahler each stayed for four days until they were forced to return to work in America.

“There were some days where there would be so many people trying to get through the front door of the hospital that there would be no place to put them other than side by side on the bed,” said Attar, “When we ran out of beds, we’d place patients on the floor, which would be smeared with blood and body parts.”

At the luncheon, Attar declared that the war nothing less than “the worst humanitarian catastrophe since the Second World War.” Kahler took a moment to remember “the 800 health care personnel killed since the Syrian people’s revolution began.” Sahloul reflected on how the Islamic belief that saving one life is akin to saving all of humanity is no different from the beliefs shared by Christians or the Jewish people. Though he was honored by the award, Sahloul said that he would trade in all the accolades in the world just to save the life of one child.

There’s no question Tamar Manasseh, the final recipient that got up to speak, would do the same thing. The Bronzeville mother grew up in Englewood, where 34-year-old Lucille Barnes was shot and killed in 2015. Manasseh was so applied by the tragedy that she got a group of mothers together and hatched an idea that grew into a movement.

“One day, we just decided that we had enough,” said Manasseh. “We went up on a corner [of the street] and started making dinner. It’s not so much about feeding people physically but spiritually and emotionally as well.”

Throughout the rest of the summer, they returned to the same corner from 4pm to 8pm, giving people hugs and T-shirts while cooking barbecue. The group was named Mothers Against Senseless Killings (MASK), and since it began, there have been no shootings at that once notorious location. Not only have mothers from Austin to Uptown expressed interest in setting up similar watches, there have been other MASK chapters launched in Staten Island and Evansville, Indiana, with future plans in place for Atlanta, Las Vegas, Memphis and Miami.

While looking at the footage of her video interview with Chicago Magazine, Manasseh laughed in remembrance of the children who kept interrupting the shoot. She saw the kids’ comfort around her as a testament to the group’s success in giving their lives a sense of normalcy. For many Chicagoans, Englewood might as well be Aleppo, a forbidden area doomed to cycles of violence. Yet as Manasseh pointed out, her victory was accomplished not with guns but with love. It is yet another example of the great change that can occur when good people stand together and decide they’ve had enough.

For more information on the 2016 Chicagoans of the Year, visit the official Chicago Magazine site.

Roger Ebert was named a Chicagoan of the Year in 2011, which he considered “his most productive year.” Below is the video of his interview with Chicago Magazine.