Roger the Playwright: Victory Gardens Pays Tribute to Roger by Performing a Play He Wrote

Roger became a playwright for a day in 1993 when his ten minute play, " Sex, Lies and Theatrical," was performed by professional actors at the Victory Gardens Theater (VGT)  in Chicago. Roger's play was based on the true life exploits of two of his friends, Dusty Cohl, the founder of the Toronto Film Festival, and Billy "Silver Dollar" Baxter, a producer and all around character who was helping Dusty sell a movie about a Canadian orphan at the Cannes Film Festival. Friday, October 25, twenty years after it's first performance, VGT is once again performing Roger's play. But this time they will update it and bring its characters into the twenty-first century. I can't wait to see what they do with it.

Even in 1993 Roger allowed Victory Gardens to take theatrical license with his play and make adaptations as needed. He said that as a critic, the most fascinating thing for him was to see how actors can take the material and shape it and form it and make the characters into individual people. And Roger was the biggest supporter of the actors that night as he chortled through the whole hilarious play. Roger also got to enjoy watching another celebrated Chicagoan shaped into an "individual person" on stage. The winningest Zen Master Coach of the Bulls, Phil Jackson, also wrote a play for Victory Gardens. His play was more personal and centered on slowing down and enjoying life, and taking the time to serve his family a bowl of oatmeal. It was about much more than that, of course, but I think that is how it was described in the playbook. Phil Jackson was a deep thinker and Roger said it was Jackson's willingness to study and use philosophy as much as anything else that made him a great coach.

Christopher Schram of Victory Gardens Theater has this to say about the upcoming event: "Roger was many things. A journalist and author, thinker, loving husband... the list goes on. But years ago, briefly, Roger was a playwright. His short play, Sex, Lies, and Theatricals, was performed by Victory Gardens Theater at their annual Chicago Stories Gala. The gala takes local celebrities and turns them into celebrity playwrights for just one night, all to benefit a non-profit theater. Now, on the 20th anniversary of Rogers playwriting premiere, our neighbors at Victory Gardens will host a tribute to Roger that will feature a reprise of his 1993 work. It will be directed by Joanie Schultz, who directed Victory Gardens' popular The Whale this past season."

The event will be held on Friday, October 25 at 7:30pm at the Ritz-Carlton downtown. More information is available at victorygardens.org

Roger has also written a play about the Sex Pistols. 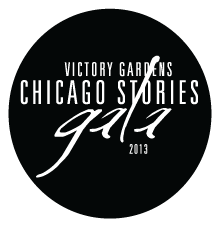