LIKE MANY OF MY FELLOW AMERICANS I've lately been in a funk precipitated by the lack of leadership in the White House and its seeming defense of bigotry. Yet in the midst of this pain shared by so much of the country, I recognize that part of my feelings are also because I am grieving the loss of a dear friend, Nancy Koppelman. She was hilarious, larger-than-life, an elegant hostess, and a lifelong champion of social justice. Nancy's philosophy was: We were put on this earth to have fun and to love each other, otherwise, what's the point. And she lived her creed to the fullest, collecting friends wherever she went and urging them to support those humanitarian causes near and dear to her heart.

Nancy also worked tirelessly to help elect those politicians she thought could help us bring about those results like early childhood education, equal pay for women, maintaining women's rights to choose and make decisions about their bodies with their doctors, access to healthcare for the poorest amongst us, and lending a hand to our brothers and sisters in Liberia and Nepal and other countries in times of crisis. Those politicians didn't forget her. When word went quietly through the grapevine that Nancy was diagnosed with Stage 4 lung cancer that had metastasized to her liver and bones and brain, one of the first people to call to offer assistance was President Obama, followed by Vice President Biden and Congressman Tim Ryan. But it was too late. In less than three months after her diagnosis, Nancy was gone. 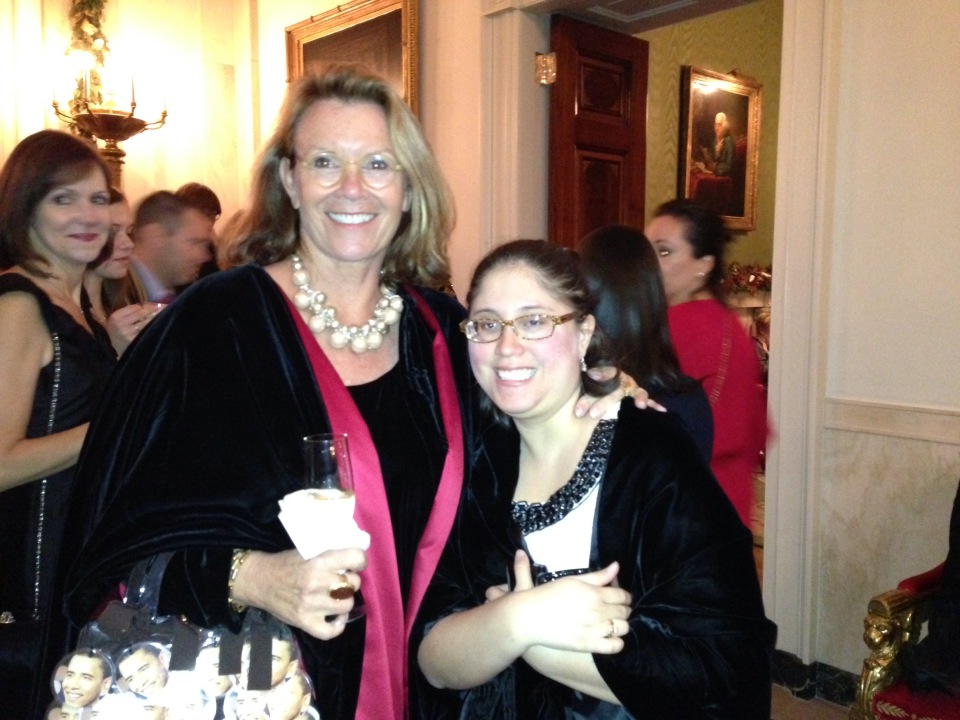 Nancy Walker was born on June 4th, 1954, in Anaheim, California, to Velma Koontz Walker and Ross Walker, and died peacefully at her home in Santa Barbara on May 26th, 2017. She was a crusader in the women's health care movement from the time she was in college, and in the aftermath of the Roe vs. Wade ruling, she aided in creating the first feminist health clinic in the early 1970s.

A decade ago, she became a member of the Democratic National Committee, and served on President Obama’s national finance and election committee throughout his two terms in office. During that time, she and her husband, Larry, hosted events for authors, scientists, five Nobel Peace Prize winners, world leaders, and politicians, including President Obama and Vice President Joe Biden at their lovely lovely oceanfront home in Montecito. Nancy was also an ambassador for the University of California Santa Barbara Arts & Lectures; a key member of the Direct Relief board; cofounded the Global Neighborhood Fund, which helps fund social justice in Liberia; and served on the advisory boards of the Aspen Brain Forum, the Aspen Institute, and One Heart World-Wide.

I met Nancy at, of all places, the Golden Door, a tony spa in San Marcos, California. During one night when the guests of the spa were having a political discussion, everyone was being so diplomatic that it was difficult to tell which side of the political aisle we were on. Later Nancy came up to confirm (with relief) that I was a Democrat. The next night the topic at dinner was about metaphysical matters and when Nancy saw that once again we had some of the same beliefs, we became fast friends. But it was not just a matter of philosophy (I have many friends with whom I don't agree), Nancy had the twinkle in her eye of the fun-loving rebel. She laughed loudly, and joked with people, and gathered them around to sing songs, and tell stories. She was just a lot of fun. And to top it all off, she had the proverbial heart of gold. She volunteered to pitch in for every cause that helped underserved communities. 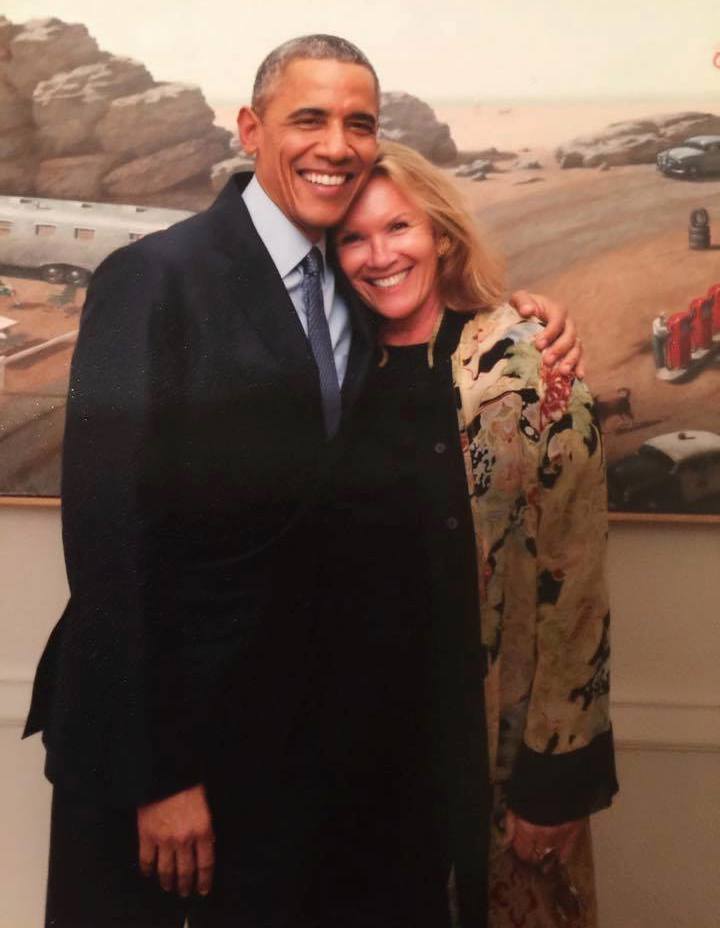 Nancy became a loyal friend to me and my husband Roger. He and Nancy shared a similar sense of humor, and he thanked her for providing comic relief when we were going through some painful times with his illness. They both recognized that they were kindred spirits born "with the twinkle" and refusing to let ordinary things get them down. She sat by his bedside to have discussions about whether some of President Obama's troubles with Congress were because of racism or a sincere disagreement in political philosophy. He cheered her on in her political battles, and he was happy that we were able to watch President Obama's reelection in Chicago that fateful night.

He also loved talking with her about her daughter Renee, whom Nancy loved dearly. Renee was adopted when she was nine years old and shared her mother's love of writing, opera, theater, movies and politics. Nancy said Renee enriched her life more than she and Larry could have ever imagined. And most of Nancy's friends became like adoring aunts to Renee over the years.

When Senator Hillary Clinton lost the presidential election last November, Nancy was in New York. She had gone there, like many others who thought we would be witnessing the election of our first female President of the United States. And as the evening wore on and the reality of Clinton's loss was settling in, Nancy told me that she took to her bed. In the days following, although she was walking around and functioning, her spirit remained in a state of depression over the loss. She, like most of us, just couldn't fathom what had happened, or what it would portend for the future.

Nancy absorbed her medical diagnosis with more acceptance than normal. That is because she had been taking courses about the transitions of life with William Peters of the Shared Crossing Project. She believed in the afterlife. And she said if things were as she hoped they would be, she would help us from the other side. Because she was such a good friend and a good person, she was surrounded by many many friends who mirrored back the love and concern that she had shown for others. Friends would literally show up on her doorstep and offer to help in any way they could. We were even planning a ReBirthday party to celebrate her life for June 4. But things became too difficult for her, and she made the decision to leave us in the early morning of May 26. I was at the Cannes Film Festival, but I received a call telling me that she went peacefully and lovingly. We will celebrate her life in Santa Barbara this coming Monday in a private ceremony.

Nancy is survived by her husband Larry, daughter, Renée; her brother, James Walker; her nephew, Tru Phillips; and her countless friends—including your's truly—whose lives she has enriched beyond measure. 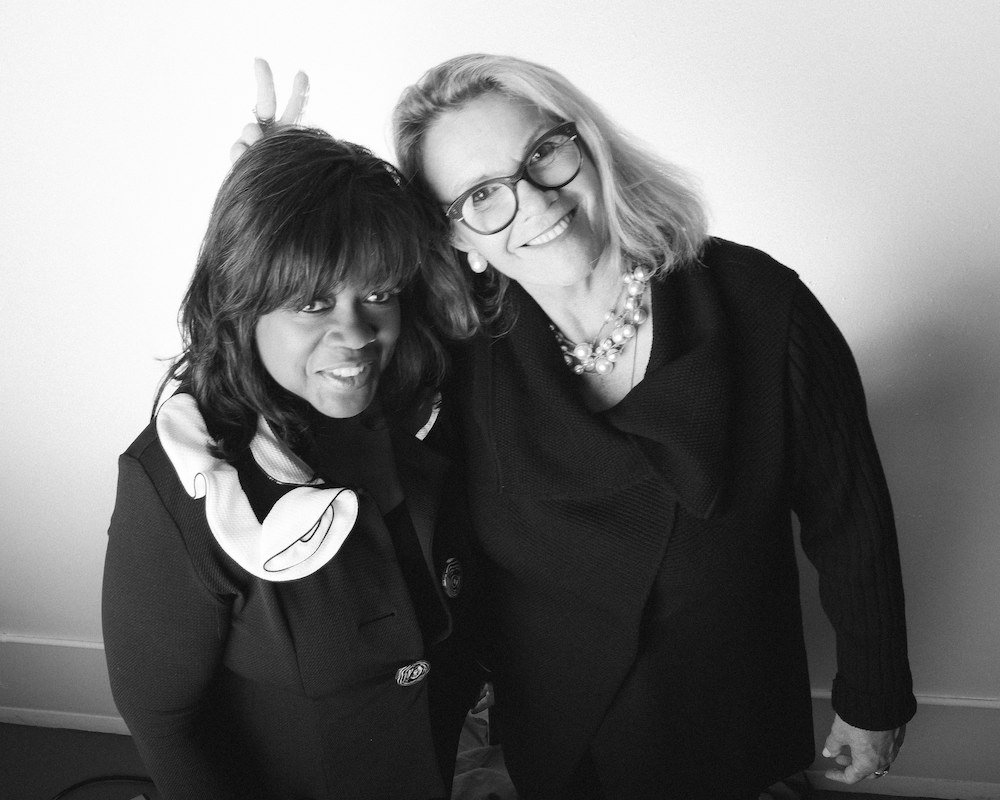 Photo of Nancy and Chaz courtesy of Joe Mazza.