While tackling different cinematic visions of Batman and Superman, Roger Ebert's maintained the perspective of a fan. He often looked at these tentpoles for how they excited his familiarity with a hero's mythology—and his subsequent dreams about their potential—or how distinct filmmaking mined the joy to be found in comic book heroism. Awe and confusion was an alternating factor as well, as many of these reviews end in question marks directed right at the hearts of a film's experience. Most of all, Roger shared a desire for an element of human connection, his curiosity about the crusaders' adventures similar to that of the “ordinary citizens” he defines in his “Superman II” review—“glued to the sidewalk, gazing skyward.”

With the upcoming release of “Batman v Superman: Dawn of Justice,” it’s a perfect time to look back at Roger’s own relationships with the two heroes, as expressed in reviews that span across four decades. (Both characters even received back-to-back four stars from Roger, though at wildly different points in the comic book movie genre's history.) Below, we are pleased to offer a complete collection of all of Roger’s reviews, going in a filmography's chronological order, starting with 1978's "Superman."

On December 15, 1978, Roger reviewed "Superman," calling Richard Donner’s vision of the hero “a pure delight.” Awarding it four stars, Roger declared it “a triumph of imagination over both the difficulties of technology and the inhibitions of money.”

32 years later, Roger revisited “Superman” for his Great Movies column, published on November 4, 2010. Placing it within the context of a highly influential superhero movie, Roger said that “‘Superman’ pointed the way for the B-picture genre of earlier decades to transform itself into the ruling genre of today.”

In 1981, Roger gave four stars to “Superman II,” expressing an excitement about how the series continued to handle the dual personalities of Clark Kent and Superman. “Beneath his meek exterior, of course, is concealed a superhero. And, the movie subtly hints, isn’t that the case with us all?”

On June 17, 1983, Roger reviewed “Superman III,” a movie that showed a negative course of direction for the character. He wrote: "'Superman III' is the kind of movie I feared the original 'Superman' would be. It's a cinematic comic book, shallow, silly, filled with stunts and action, without much human interest."

Roger didn’t review “Superman IV: A Quest for Peace,” which came out in 1987. However, in 2004 Roger wrote an obituary for Christopher Reeve, celebrating his career and perfect casting as Superman, after the actor passed away on October 10, 2004.

On June 26, 2006, Roger returned to the Man of Steel to review Bryan Singer’s “Superman Returns,” which he gave a franchise-low score of two stars. He called the film “glum, lackluster ... the big effects sequences seem dutiful instead of exhilarating." He concluded his review saying, "There is I suppose a certain bottom line of competence in 'Superman Returns,' and superhero fans will want to see the movie just for its effects, its plot outrages and its moments of humor. But when the hero, his alter ego, his girlfriend and the villain all seem to lack any joy in being themselves, why should we feel joy at watching them?" 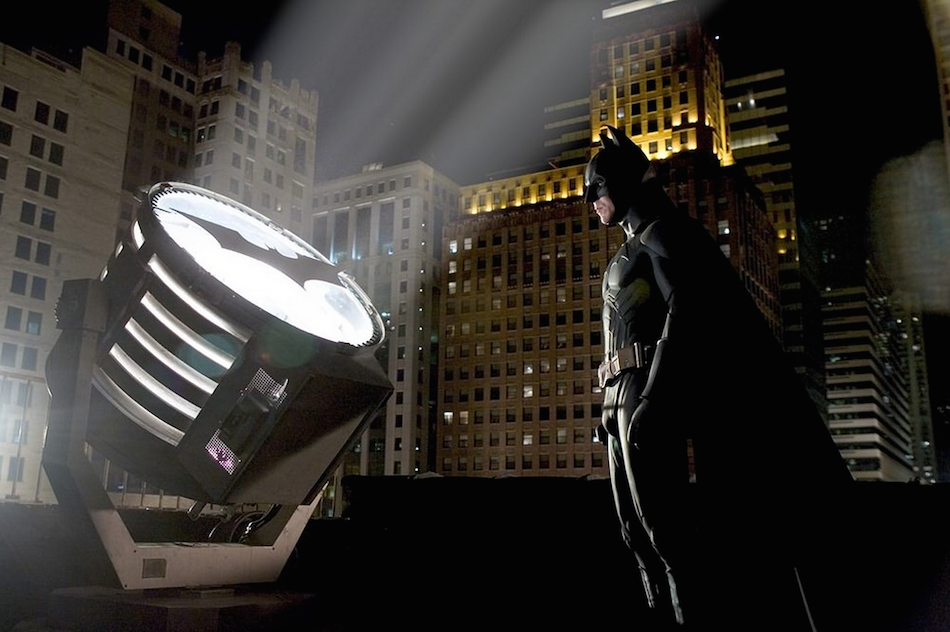 On June 23, 1989, Roger gave two stars to the first “Batman” movie by Tim Burton, calling it “a depressing experience.” Defining Michael Keaton’s title performance as “monosyllabic,” he ended his review with, “Is the opposite of comic book ‘tragic book’?”

On June 14, 1992, Roger interviewed Tim Burton, Michael Keaton, Michelle Pfeiffer and Danny Devito to talk about “Batman Returns.” In a piece titled “When Latex Meets Leather,” Roger spoke to them about why Burton chose Keaton for the role of Batman, whether or not Catwoman speaks for modern women or not, the refrigerated sets they used for the film, and much more.

Almost three years to the date of “Batman,” Burton’s version of the Dark Knight did no better in Roger’s eyes. On June 19, 1992, he gave another two-star rating to “Batman Returns,” deeming it “odd, sad ... not exhilarating.”

When director Joel Schumacher took over the series for second sequel “Batman Forever," Roger bumped up his general franchise rating to two and a half stars in a review published on June 16, 1995. Calling it “all flat-out spectacle,” he shared a hunger for more: “the great Batman movie still remains to be made.”

Schumacher’s second Batman film returned Roger back to middle-of-the-road on the character. In Roger's two-star review of "Batman and Robin," published on June 20, 1997, he said the movie was “wonderful look at,” but had “nothing authentic at its core.”

On June 13, 2005, Roger reviewed "Batman Begins," giving his first four-star rating to a Batman film. He stated: “This is at last the Batman movie I’ve been waiting for … I admire, among other things, the way the other movie doesn’t have the gloss of the earlier films.” He called Christian Bale “just right for this emerging version of Batman,” and even applauded Warner Brothers for picking up director Christopher Nolan after him having only made “Memento” and “Insomnia” previously: “the Batman franchise has finally found its way.”

Three years later, on July 16, 2008, Roger gave “The Dark Knight” four stars, and declared that it “redefined the possibilities of the ‘comic-book movie.’” He also admired the late Heath Ledger’s performance, calling it “the key performance in the movie.”

Later in November 2008, when Chicago was brimming with pride for its lead role in Nolan's two Batman movies, Roger wrote a hilarious editorial titled “Take Your City and Shove It." That sentiment was a direct wish for Queens, NY Councilman Hirman Monserrate, who wanted to appropriate “Gotham City” as the name for New York City.

On July 17, 2012, Roger gave three stars to “The Dark Knight Rises,” expressing that it “tests the weight a superhero movie can bear.” Describing it as “an ambitious superhero movie” that “isn’t very much fun,” he concluded that it was “an honorable finale.”