There's a story behind this little film that encapsulates the Far- Flung Correspondents of my website. A few years ago, I posted an early attempt at special effects by a Indian teenager named Krishna Shenoi. See below. He's the youngest of FFCs, and many of us were able to meet him at Ebertfest. He has since become a stellar student at a top Indian school, and has all the makings of a gifted profesional.

Krishna Shenoi, an Indian teenager from Dubai by way of Bangalore, came with hismother Sandhya and sister Susmita:to Ebertfest. I'd seen his work on YouTube, and he's one of my Far-Flung Correspondents. I have a good feeling about Krishna. Re member his name. I suspect you may hear it again. I also suspect his sister, a medical student, may sometimes be his cinematographer. 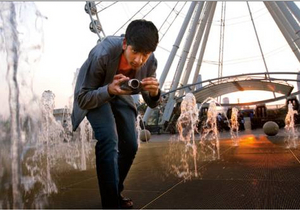 Here is one of the first Shenoi videos I saw:

"This montage of my work over the last couple years, ranging from my films and animations to my books and paintings. Most of the work glimpsed here can be seen in its entirety on my website, krishnabalashenoi.wordpress.com: .

"The song is "Weird Fishes/Arpeggi" from the album "In Rainbows," by Radiohead."

And here's the first look I had of Krishna's work, made when he was 14 years old! The photo below it captures the young director when he was still younger still. 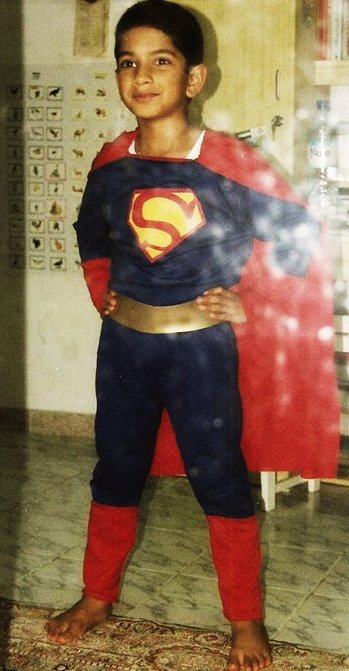 Here;s the home page of my Far-Flung Correspondents.

Next Article: "Oscar Night in Los Angeles," by Raymond Chander Previous Article: Is Quentin Taranytino just plain not any good bad at talking to black people?