When “Mr. Robot” took off for USA, it ushered in a new era for the network. Gone were the days of “Characters Welcome,” the slogan for the network when they thrived off likable but relatively unchallenging programs like “White Collar” and “Royal Pains.” Now, they would look for daring programming that echoed the ambition of Sam Esmail’s Emmy-winning hit. As anyone who has been doing this for a long time can tell you, trying to catch lightning in a bottle twice will only get you burned. The number of awful “Lost” clones that came after that ABC hit premiered forced a lot of TV critics to rethink their profession. And now it’s time for USA to try to run and catch the next “Mr. Robot” but fall flat on their face.

“Falling Water,” premiering this Thursday, October 13th, is a hollow puzzle box. It is a twisting, turning show that centers on dreams but completely loses the required balance of a series like this one: don’t just present new questions, give us a few answers too. Look at how deftly “Westworld” does just that over its first four episodes, leading us along its twisting narrative by giving us satisfactory resolutions and character development along the way. Feel free to blow our minds with an “Inception”-esque twist, but pay it off with something relatable or we’ll stop caring. I checked out about halfway through the second episode of “Falling Water,” struggling to make it through the next two sent for press. This show is a cheat. It’s a program that constantly brings you to the end of a maze, only to tell you there’s another maze to go through … and you’ll be blindfolded this time. 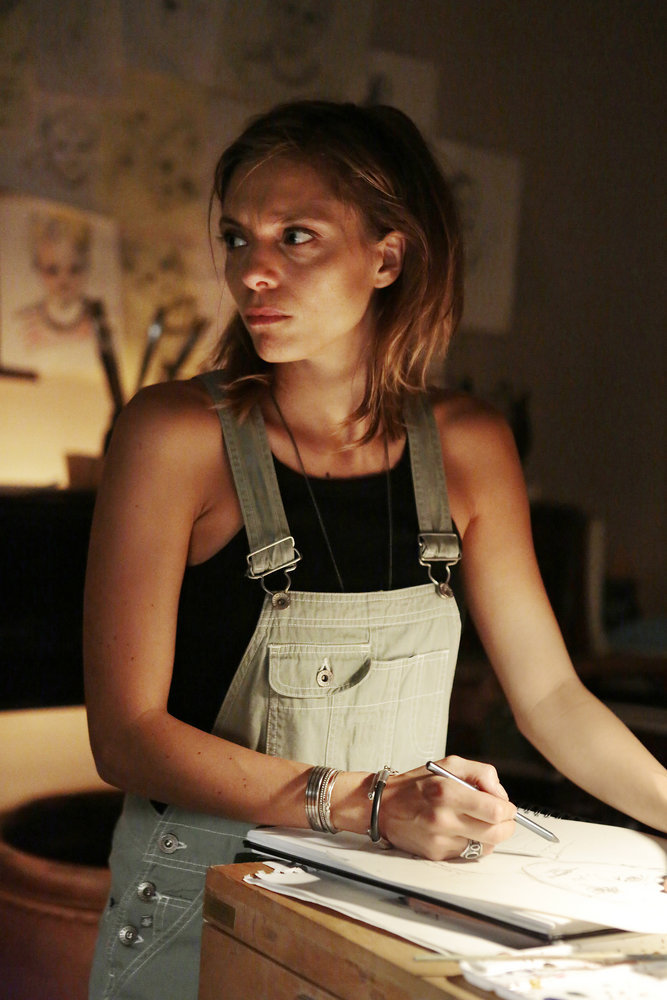 “Falling Water” centers on three people. First, we meet a young woman named Tess (Lizzie Brochere), who has a dream about giving birth only to have her son taken away from her. It’s a recurring dream, and she’s convinced it’s pointing to her own history, even though her doctor claims that her body shows no signs of ever having given birth. Next, we meet Burton (David Ajala), in-house security for a multinational investment banking firm with some serious skeletons in its closet. Burton is also dreaming; most of his are about a mysterious woman who may not even exist outside of his mind. Finally, there’s Taka (Will Yun Lee), an NYPD detective who dreams of his sick mother while investigating a case of a mass cult suicide that may be related to Tess’ missing son.

Sound complicated? It’s really just getting started. It turns out Tess is kind of like Nancy in “Nightmare on Elm Street 3: Dream Warriors” in that she has a bit of a lucid dreaming ability, which a number of people would like to use to their advantage. How? I have no idea. All I know is that “Falling Water” goes deeper and deeper down a rabbit hole in which we spend as much time in our characters’ dreams as we do in their realities. Some of their dreams seem to tell them about the hidden motives of those in the real world, while others foretell certain events that then take place. One of many problems with “Falling Water” is that the dream world and real world aren’t visually delineated enough, so it all blends together into a pretentious whole.

The blunt truth is that there’s a major difference between complicated and cluttered. “Falling Water” thinks it’s the former but it’s really the latter, a show that throws so many ideas and references (it recalls “Heroes” as well as the cult classic “Dreamscape,” along with “Inception,” of course) against the wall in hopes to keep you numb to the fact that there’s not much going on. Even if you do get to the end of this maze, I’m betting there’s nothing there.