While this is the kind of thing that most TV critics won’t admit, I do find myself “rooting” for NBC. It’s not only a network that I grew up with, watching shows like “Family Ties,” “Cheers,” “Seinfeld,” “L.A. Law,” and many more, but that I've also found much recent joy from in programs like “30 Rock,” “Community” and “Parks and Recreation.” I want them to pull out of the death spiral they seem to be in when it comes to personality and ratings, defined more by shows like “The Voice” and “Dateline NBC” nowadays than their once-influential drama and comedy programming. And so they’re the first network I look at when I see the new Fall schedule, trying to find signs of life. Sadly, there are scant few of those this week, as the network debuts three new dramas that range from “guilty pleasure fun” to “avoid at all costs.”

It starts tonight, September 21st, with the premiere of the goofy “Blindspot,” a cross between “The Bourne Identity,” “Prison Break” and countless “LOST” rip-offs that tried to mimic that show’s mysterious tone and failed. Despite some solid production values and a reasonably engaging cast, the problem with “Blindspot” is the same one that befalls a lot of these kinds of programs—they take themselves SO damn seriously. Everything is over-heated with music cues, flash cuts of editing meant to disguise a complete lack of actual visual language, and performances of laughable intensity. It’s as if the creators of shows like “Blindspot” are just trying to numb viewers into submission, hoping then they won’t question things like logic, character, theme, etc. Sometimes it works, and we often call that a “guilty pleasure,” but when it falters there’s no room for middle ground. A missed attempt at a “guilty pleasure” is just a bad show.

Jaime Alexander (“Thor”) stars as Jane Doe, a woman literally found in a bag in Times Square. She has no idea who she is or where she’s from. She has no idea why her entire body was recently tattooed, why she speaks languages she can’t remember learning, and who dropped her in the middle of NYC. Naturally, the FBI takes an interest in Jane Doe, especially Agent Kurt Weller (Sullivan Stapleton), as his name is tattooed prominently on her back. Less prominent is a clue to an upcoming terrorist attack, which Weller and his new partner try to stop. Apparently, every week, a new bit of ink will guide the G-man and the tattooed lady to save the world, while trying to figure exactly who she is and why she’s become a guidebook for future crime.

Obviously, this is silly on a dozen levels, but “Blindspot” plays it depressingly straight. From the beginning, dialogue is overdone and laughable. I don’t demand realism from a show about a tattooed naked woman dropped in Times Square, but there’s a line where it gets ridiculous instead of entertaining and “Blindspot” crosses it early and often. 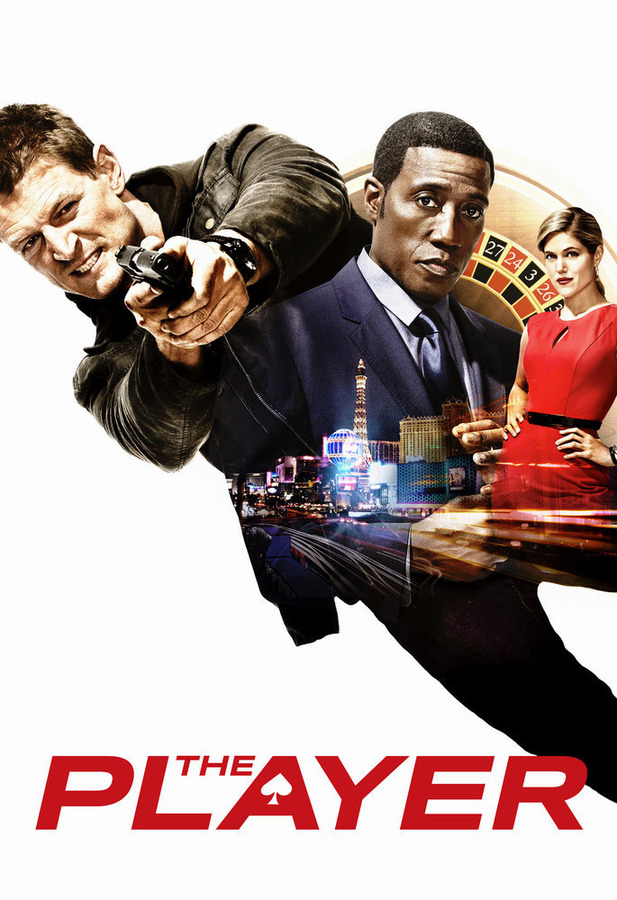 It’s easy to compare the missteps of “Blindspot” with the relative success of “The Player,” debuting on NBC Thursday night, in that the latter program has its tongue more firmly in its cheek, with star Wesley Snipes practically winking at the audience. It’s hard to quantify but there’s something more enjoyable about a program that knows its purpose and function in the TV landscape and doesn’t outreach its grasp. “The Player” is fun, and doesn’t really try to be anything more than that. I don’t see many people getting attached to it in a “Oh my God, don’t spoil tonight’s 'The Player'” kind of way, but it could be a solid distraction this fall.

Philip Winchester plays Alex Kane, a man caught up in an international gambling ring run by the mysterious Mr. Johnson (Snipes) and assisted by “the dealer” aka Cassandra King (Charity Wakefield) in the City of Sin, Las Vegas. In the premiere, Kane faces a personal tragedy that will give him an emotional hook to carry from episode to episode, but “The Player” is a B-show in which zillionaires bet on crime. Will Alex Kane be able to stop this week’s dastardly deed or will the house win? It’s goofy, for sure, but comic book vet John Rogers gives it all a Vegas sheen and light style that makes its flaws easier to overlook. Let’s face it, people. We are increasingly in an era when the intellectually stimulating programming will not be found on network TV. I’ll take a well-done guilty pleasure.

There’s nothing well-done about the disastrously ill-conceived “Heroes Reborn,” recently described as what “Heroes” would have been like if it had lasted ten seasons, which made me say out loud, “Well, who wanted that?” Rarely has a program done less to justify its existence, and few programs this season have been as disastrous from their first few minutes. It’s the worst new drama of the season, and is only topped for worst program altogether by a few horrendous comedies (CBS’s “Life in Pieces,” NBC’s “Truth Be Told,” ABC’s “Dr. Ken”). 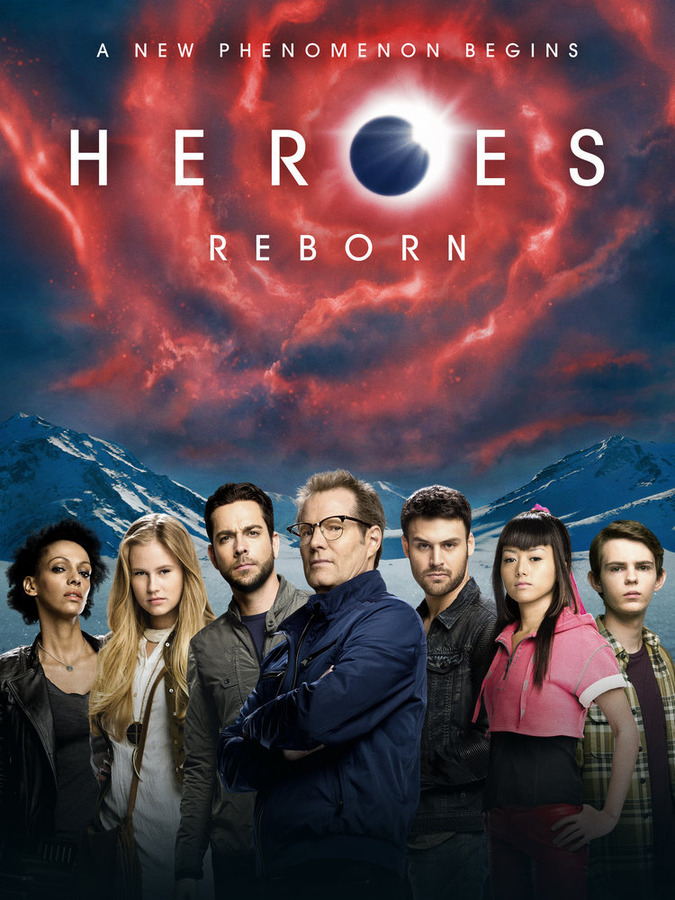 “Heroes” was a great example of a show that failed to capitalize on success. It was all concept, and that first season carried viewers away on that foundation, until they realized it had no idea where to go next. Creator Tim Kring delivered a show in 2006 that was relatably about normal people discovering they had superpowers. It’s the genesis of almost every great superhero origin story—normal guy or gal realize they're not normal anymore. By the end, 3.5 years later, “Heroes” had jettisoned almost all of its fan base, reduced itself to characters no one cared about and conspiracy theories in which only hardcore fans could be invested.

One would think that “Heroes Reborn” would return to the show’s roots, but one would be wrong. We have gone even further down the rabbit hole of conspiracies and prophecies into a world in which “Evos” (this show’s version of X-Men) are hunted down and captured after being accused of a terrorist attack in Texas. Who was really behind the attack? Who is trying to kill Evos?

Jack Coleman is back as Noah Bennet, but the majority of the “Heroes Reborn” cast is made up of new characters, including Tommy (Robbie Kay), an awkward teen who tries to hide his remarkable superpower but gets caught up in drama when he narrowly escapes an attack on Evos by vigilantes Luke (Zachary Levi) and Joanne (Judith Shekoni). Meanwhile, Noah/HRG and a conspiracy nut named Quentin (Henry Zebrowski) are trying to get to the bottom of the genocide of superpowered humans, Carlos (Ryan Guzman) is discovering heroism has multiple meanings, a new mutant played by the great Pruitt Taylor Vince is doing something mysterious, and Miko (Kiki Sukezane) is trying to find her father. Like “Heroes” of old, characters from across the globe will be given individual arcs which will certainly intersect at some point in this 13-episode “event series,” which reportedly include guest appearances by original cast members Masi Oka, Sendhil Ramamurthy and Greg Grunberg.

From the beginning, “Heroes Reborn” plays like fan fiction with its amateur writing. It looks slick, but that hides shallow screenwriting and characters. Attempts at multi-culturalism are also depressingly broad—Hispanic characters are mechanics surrounded by graffiti while Asian characters exist in a world that looks like the future chapter of “Cloud Atlas.” Even the action doesn’t work. In an era of shows like “Daredevil” and the dominance of the Marvel Cinematic Universe, we need tighter choreography. “Heroes Reborn” doesn’t so much feel like the 10th season of the show but the 5th, now left behind by what’s followed in better superhero programs like “The Flash” and “Agent Carter.” And there’s a reason that didn’t happen.