“I’m right up against the wall of what I think I might be capable of.”

It takes a lot more time, effort and manpower to make a film than most people even imagine. And I’m naturally drawn to quality television that helps the average person understand what goes into the product they’re watching in theaters. Some of my favorite documentaries are about the filmmaking process. And so I was intrigued when I heard about Starz’s new Original Filmmaking Experiment, “The Chair,” debuting Saturday at 9pm EST. While the actual show itself suffers a bit from over-producing and over-editing, the lessons to be learned about what it takes to be a director and how a film gets made in today’s market are invaluable for film fans. “The Chair” is more than a competition, it’s an invaluable tool for critics and viewers looking for a deeper understanding of the state of the director’s position in 2014. 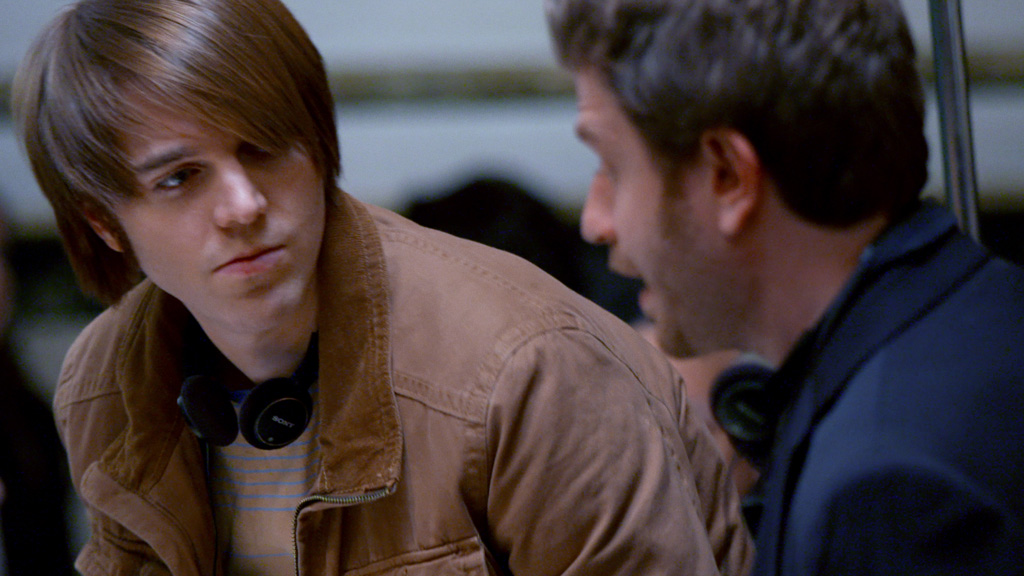 The concept is brilliant. Take a script, give it to two young directors making their feature debut, film what happens. Chris Moore, the man behind “Project Greenlight,” produces along with Zachary Quinto and his team of partners at his production company. There are very few rules:

Those are the rules as outlined on the show but there are a few others. They have to prep and shoot in Pittsburgh. They have to work with the original screenwriter, although, as you’ll see, the two directors have very different ways of doing that and great desires to rewrite. And, believe it or not, they get final cut. Unless it’s financial, Moore will hardly ever step in. The best film at the end of the process, earns the director $250,000.

Moore and the team behind “The Chair” chose wisely when they picked their two young directors. Shane Dawson is a West Coast YouTube Star with a solid fan base and a remarkable degree of confidence; Anna Martemucci is an East Coast independent filmmaker who has come up the old-fashioned way working as a writer & producer on shorts and low-budget features. It’s male vs. female, coast vs. coast, new media vs. old. Can someone from the new media generation of 4-minute clips make a full feature? Can someone who has worked as a team member be a leader? Anna and Shane are SO different, down to their very core, but they both have the same job with the same script. The results are going to be fascinatingly distinct. 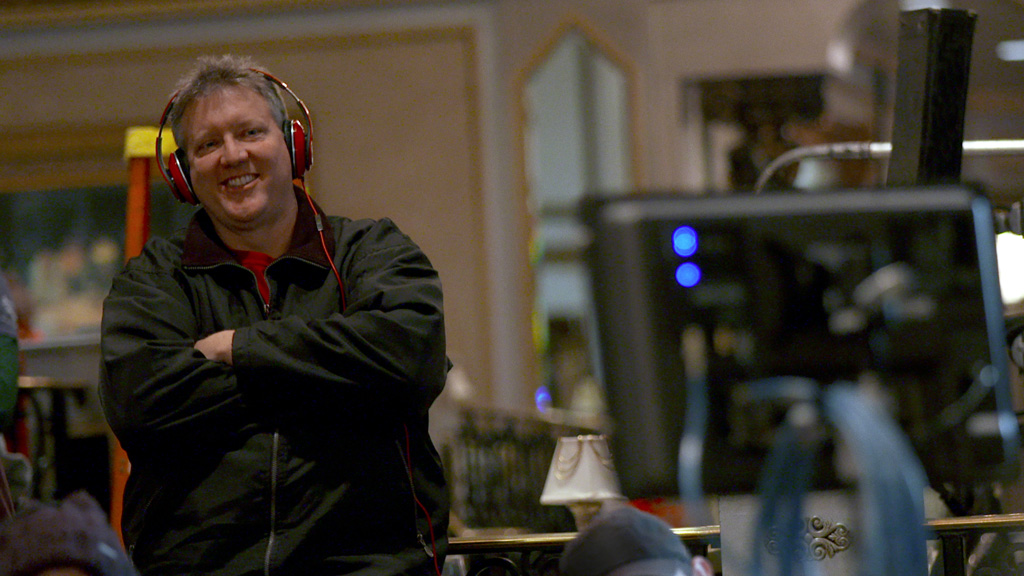 Both Shane and Anna have clear wells of talent from which to draw. There’s an interesting bit of commentary on gender approaches to directing here as well. Of course, I’m not painting with a broad enough brush to argue that either represents their entire gender, but it’s hard not to notice that Shane is over-confident to a fault and Anna is under-confident to a fault, which begs one to ask if the male-driven world of directing has influenced both of those facts. Shane wants to take control of everything, including rewriting the script to a degree that he thinks he deserves credit on it, and even disagreeing with his producers. Anna is more empathetic, team-oriented and openly willing to cry on camera. Her production takes a blow in the second episode that would devastate me if I were in her shoes. Seeing how these two respond to setbacks is the key to the success of “The Chair.” Being a good director, or good at anything really, comes down to how one responds to mistakes and failures more than how one plans for success.

The interesting behind-the-scenes details of “The Chair” overwhelm the few mistakes made in the production of the show itself. The interview segments with people like Moore and Quinto are hyperactively edited, including coverage (the same interview from multiple angles). These are fascinating, smart guys who really know the business but the flashy production of the show distracts from the points they’re trying to make.

It’s a minor complaint for a really good show. There are so many remarkably interesting scenes in the first two episodes alone from the way both directors deal with giving notes to the screenwriter to location scouting to the way they build their teams and delegate authority. You even get to see how a director tests fake vomit. All in a day’s work that's much harder than you first thought before you watched "The Chair."