The Society of the Real: How An Intrepid Group of Newsreel Cameramen Changed Documentary Film

Last year, the REELZ cable channel rolled out an extensive series of programming called "The Kennedy Files." It seemed to leave no stone unturned: John F. Kennedy's hidden health problems, drug use and extramarital sex life, the tragedies in the Kennedys' family life, even the further extremes of conspiracy theories about his assassination. I guess one shouldn't expect much from a cable channel whose signature program is "Autopsy," a revisionist look at celebrity deaths (including people who obviously died of gunshots or drug overdoses), but "The Kennedy Files" seemed to miss the point. Examinations of the Kennedys' politics took a back seat to their charisma. French philosopher Guy Debord, who coined the phrase "the society of the spectacle," would have had a field day. Yet John F. Kennedy's appeal lives on, 53 years after his death. That's not the least of the lessons taught by Criterion's new set of four documentaries about him: “The Kennedy Films of Robert Drew & Associates.”

“The Kennedy Films of Robert Drew & Associates” is as interesting historically as aesthetically, and not just for those fascinated by the Kennedys. While "Primary," "Adventures on the New Frontier" and "Crisis" all include voice-over, they point the way towards the direct cinema documentaries that would dominate the '60s. One senses that these films, particularly "Adventures on the New Frontier," are often limited by their TV funding and roots in the Time-Life aesthetic, yet Drew managed to create something new from these unpromising sources. Additionally, it's worth pointing out that Criterion has outdone itself with extras this time around. I'm sure this is the first time former Attorney General Eric Holder has appeared on a Criterion disc (to comment on "Crisis"). Drew, Leacock and Pennebaker offer commentary on a shorter, alternate version of "Primary." The four main documentaries only add up to three hours, but it's an immersion in a history that shaped our present, including the election primaries now underway. 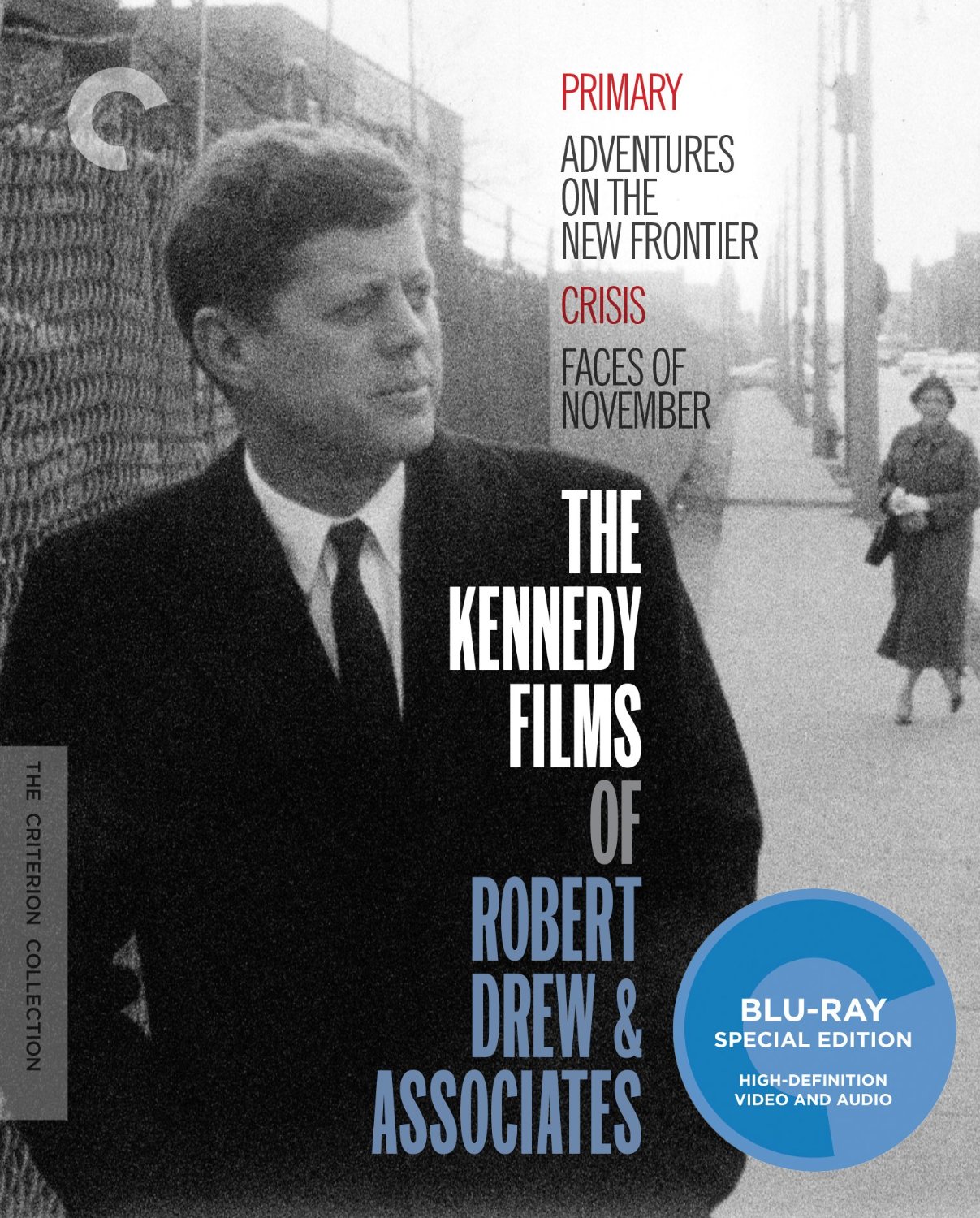 “Primary” has no directorial credit, but Richard Leacock, Robert Drew, Albert Maysles and D.A. Pennebaker all worked on it. Although it's an American nonfiction film, its raw quality marks it as a contemporary of the French New Wave, filled with startlingly tight close-ups that are the result of lightweight 16mm cameras (personally designed by Drew and Leacock) which allowed the cameramen to get extremely close to their subjects. Shot over the course of five days as Hubert Humphrey and John F. Kennedy battled for the 1960 Democratic nomination in Wisconsin, "Primary" shows a recognizable but very different America from the one we live in. For one thing, children and young teenagers take an interest in politics. On a more serious level, the film feels pre-civil rights; I don’t think a single person of color appears in it. Drew and co. seem as interested in how it feels to run for president as in what Humphrey and Kennedy plan to do in office. Humphrey does get to talk for several minutes about his agricultural policy, but he starts off bashing the East Coast media. (You can see echoes of Ted Cruz’s dig at “New York values” here.) Even from a distance of 56 years, Kennedy’s glamour cuts through. Most of the audiences to whom he speaks look rather dowdy in comparison, as does Humphrey. Their televised debate is about stardom versus policy. History tells us which won.

The 1961 “Adventures on the New Frontier” begins by recycling footage from “Primary.” It reprises the story of Kennedy’s primary win over Humphrey, going on to depict Kennedy’s sweep into the White House. Made for ABC, it reflects Kennedy’s own enthusiasm for “Primary”; the President gave Drew and his team access to the White House and his staff. However, “Adventures on the New Frontier” tends towards the hagiographic, far more than its precursor. That access came with a cost. As a result, the most interesting scenes in “Adventures of the New Frontier” abandon Kennedy altogether. Depicting the President’s concern about economic recession, the filmmakers traveled to West Virginia and found a community devastated by the closure of its local mine. They talked to a former miner who has now been unemployed for six years and whose three-year-old daughter is hospitalized with malnutrition. On the other side of the world, Drew filmed Governor Williams’ trip to a UN-sponsored economic summit in Addis Abba, Ethiopia. There, he found the rebellious spirit of the ‘60s getting underway. A representative from Guinea protests the suggestion that Africans speak in French. Signs of the Cold War are everywhere: Russian classes are taught in Ethiopia, under photos of Lenin. Naturally, Kennedy established English classes, under his photo. Gov. Williams got in trouble in this trip for declaring “Africa for the Africans,” but even this mild anti-colonial statement is a recognition of the zeitgeist.

Drew maintained a friendly relationship with Kennedy but waited two years for another opportunity to film him in action. Despite its title, the 1963 “Crisis” is not about the Cuban Missile Crisis. Instead, it’s about the integration of the University of Alabama. Despite ending with a televised Kennedy speech, it’s the least worshipful film in this set, showing the President weighing the possible political costs of wholeheartedly embracing integration. His rival is Alabama Governor George Wallace, who gets quite a bit of screen time, as do the two African-American students trying to register at the college. Here, Drew tones down the heavy-handed voice-over that marred “Adventures on the New Frontier” and assumes spectators can figure out what’s going on for themselves. It lives up to the promise of the other two features included here, taking us behind the scenes of a moment of realpolitik. The results are no less suspenseful because all Americans know the eventual outcome. “Crisis” is the strongest film in this set.

Abraham Zapruder's film of Kennedy’s assassination is the structuring absence of this set. In its place, we have the 13-minute 1964 short “Faces of November,” made shortly after his death. It’s a dignified depiction of Kennedy’s funeral. Drew tried to make the country’s grief a part of the film itself, most bluntly by refusing to include speech in “Faces of November.” There’s sound here—including plenty of funereal music—but no words. As in “Primary,” he gets very close to his subjects’ faces; in fact, it’s remarkable that mourners would be so blasé about having a movie camera shoved near them. He managed to capture remarkable images of grief, including military men breaking down in tears for Kennedy. This is the flipside of the late President’s glamour, the society of the real.