“One way or another, we all want to escape.”

With those opening lines of narration, The History Channel’s “Houdini” sets itself as a piece about the escape artist or magician as a metaphor for the pasts from which we are all running. It’s been done. It will be done again. It’s rarely done well. And it’s not here. “Houdini” is so dense with awful dialogue—the kind in which every character says what they’re thinking and feeling in remarkably self-aware terms whenever they’re given the opportunity—that it buries the elements that actually work here, including a playful performance from Adrien Brody and the occasional sense of spectacle. Harry Houdini notoriously debunked the spiritual world by giving his wife a word that he would convey from the afterlife if any medium could reach him. None did. This mini-series doesn’t bring him back to life either. 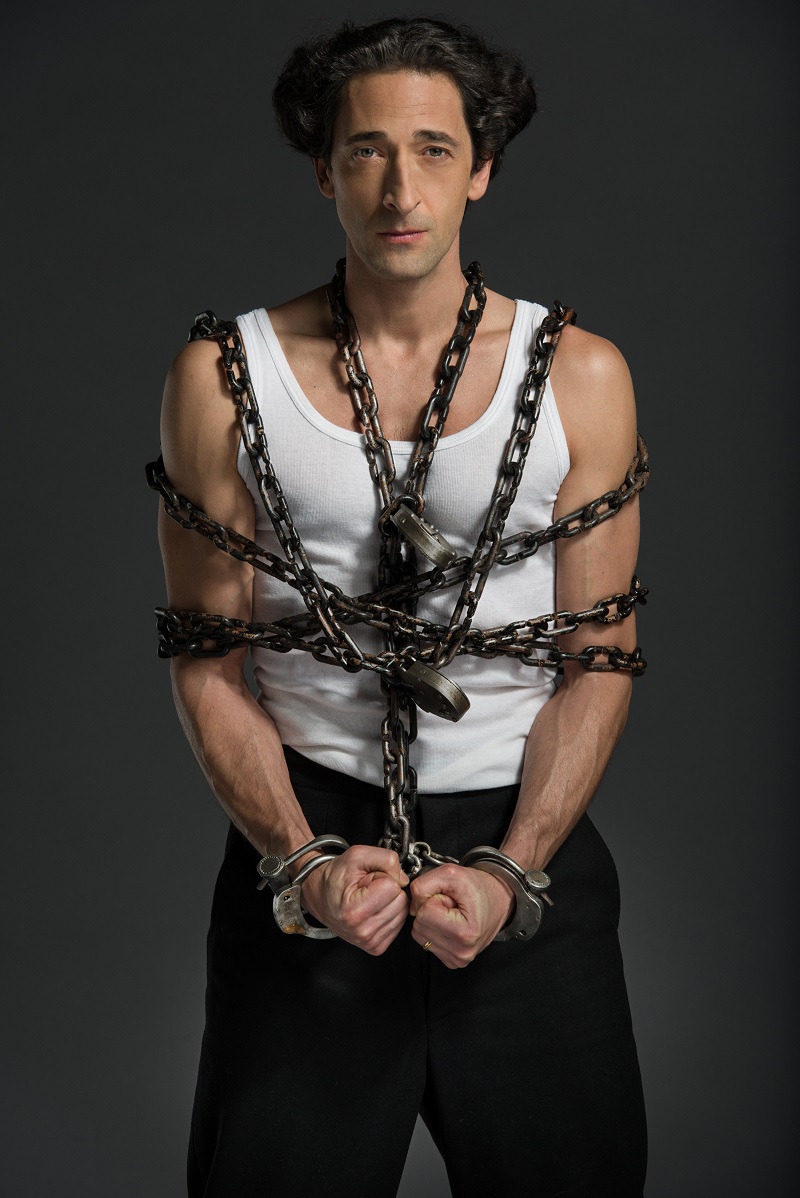 “The one thing I can’t seem to escape from is me.”

Ugh. Trust me, I could pick out dozens of lines like this that fall into the Things People Only Say in Movies category of screenwriting. Most of them come in the too-common and overheated narration that “Houdini” uses as a crutch, trying to add layers of self-realization to a story that didn’t really need it. Harry Houdini was a masterful performer, someone who understood that the art of marketing your magic was as important as the actual sleight of hand. He challenged himself physically and his quest to top himself with every new trick is something that is imminently relatable to a modern audience for which every piece of entertainment needs to be more eye-popping than the last. How did this man become a phenomenon? “Houdini,” even though it’s nearly three slow hours, asks questions but never answers them. Literally. At one point, Houdini asks “Why was I so compelled to beat death?” and the production never really gets to the heart of that question.

It’s not through any fault, really, of Adrien Brody, although he is over-directed in a few of the production’s more emotional beats. Brody’s at his best here and most engaged with the material when it allows him to have some fun with his naturally physical screen presence. Bouncing around the stage, smiling like a con man (this performance feels inspired by his work in the underrated “The Brothers Bloom” more than anything), and meeting with his adoring fans—this is Brody in his element and he finds the core of the showman in Harry Houdini. To be fair, the mini-series also sometimes captures that sense of spectacle that a production like this needs. The best scenes, by far, are the recreations of Houdini’s most notable tricks, including being locked to a plank and dunked in a tank of water. The film comes alive in these moments, and maintains a bit more of that life in the final act as Houdini stages his war on those who would profit from the grieving.

There’s just way too much filler between those moments of passion. Speaking of passion, Brody and Kristen Connolly, as his put-upon wife who was more of an assistant than a partner, have zero chemistry, although it’s not really the fault of the charming “House of Cards” star as much as the screenwriters who gave her no character with which to work. Again, it comes back to the writing. When Houdini and wife argue about how she's putting him in a box in their marriage and she says “You’re only happy in a box!,” even the most forgiving of melodrama fans will roll their eyes. No one in the real world talks like that. Ever. Houdini was a showman, but the film mistakes the master of artifice for a soap opera star. He may actually come back from the dead just to correct that impression.