It could be a product of the widely-reported Golden Age of Television, but we are in a remarkable period of creative explosion when it comes to short-form animation. With the cancellation of NBC’s “Parks and Recreation” and “Hannibal,” a solid case can be made that the best show currently on network TV is animated—FOX’s consistently clever and even sweet family comedy “Bob’s Burgers” (seriously, if you’re not watching because you’re tired of the past-their-prime “Family Guy” and “The Simpsons,” correct that oversight). In terms of cable animation, FX’s “Archer” and Comedy Central’s “South Park” still produce solid laughs-per-minute numbers, but the most creative animation is coming to viewers through that content delivery system known as Cartoon Network. Whether it’s the daytime programming that skews more towards younger viewers but still maintains a surprising degree of creativity in shows like “Clarence,” “Regular Show” and “The Amazing World of Gumball,” or the primetime, more adult offerings of Adult Swim, which broadcasts the great “Rick & Morty” and will hopefully someday bring us more “The Venture Bros.,” there’s more inspired programming on The Cartoon Network than you might think. The most impressive of all (with the possible exception of “Rick”) is the gloriously odd “Adventure Time,” which recently had its fifth season released on Blu-ray and saw a second volume of coffee table books that examine the artistic approach to the program through their elaborate, inspired title cards. “Adventure Time: Season Five” is available now, as is “Adventure Time: The Original Cartoon Title Cards, Seasons 3 & 4” (and the first volume, “Adventure Time: The Original Cartoon Title Cards.”)

Those who know the saga of Finn the Human and Jake the Dog are nodding in approval, but perhaps you are not one of them. So what is “Adventure Time”? Running around 11 minutes in length, each episode of “Adventure Time” sprouts from the nostalgic part of your brain that used to play Dungeons & Dragons and thought “Legend” and “Willow” were pretty spectacular. At its core, it is a fantasy story about a boy named Finn and his talking dog named Jake, and their adventures in the mythical Land of Ooo. Along the way, Finn and Jake encounter dozens of friends and enemies, including Princess Bubblegum, Marceline the Vampire Queen and The Ice King. The narrative often feel like adult memories of childhood tales, adventures like those found in “The Neverending Story” filtered through modern, quirky sensibilities. The writing is sharp, and the animation is often remarkable. One short episode of “Adventure Time” takes eight to nine months to produce, and the hand-drawn approach reminds us of the art of animation that’s so often absent from 3D CGI feature family films. 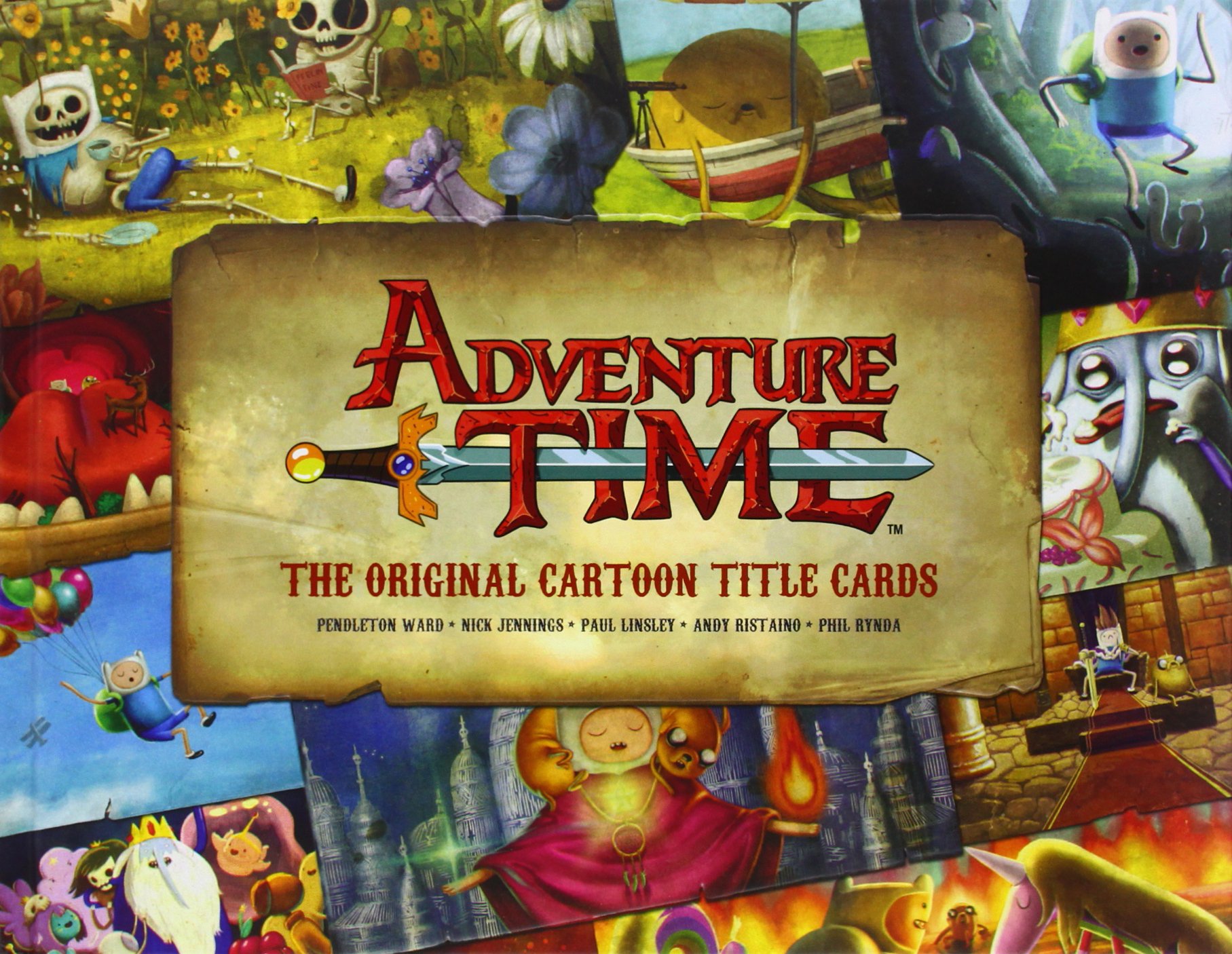 There’s so much attention to detail in “Adventure Time” that it’s produced coffee table books from Titan, the second of which is now available. Every episode of “Adventure Time” has a title card into which more attention to detail is given than even fans of the show may grasp. In the books, each card is shown on one page with a brief description or detail about its creation on the opposite page, often with storyboards or alternate versions. For example, for episode 66, “Beautopia,” it's revealed that the title card was an homage to mid-twentieth-century advertisements for vacation resorts, drawn in an Art Deco style from the 1930s. It also purposefully was designed to mislead the viewer as to what would happen in the episode to come. A fake-out. In a 2-second image. That probably took a month to draw. That’s the attention to detail in “Adventure Time” that has won the show two Annies and two Emmys. These book are designed primarily for fans of the program, but could also be used to convince those skeptical about the artistic value of a Cartoon Network show that this is one worth checking out. 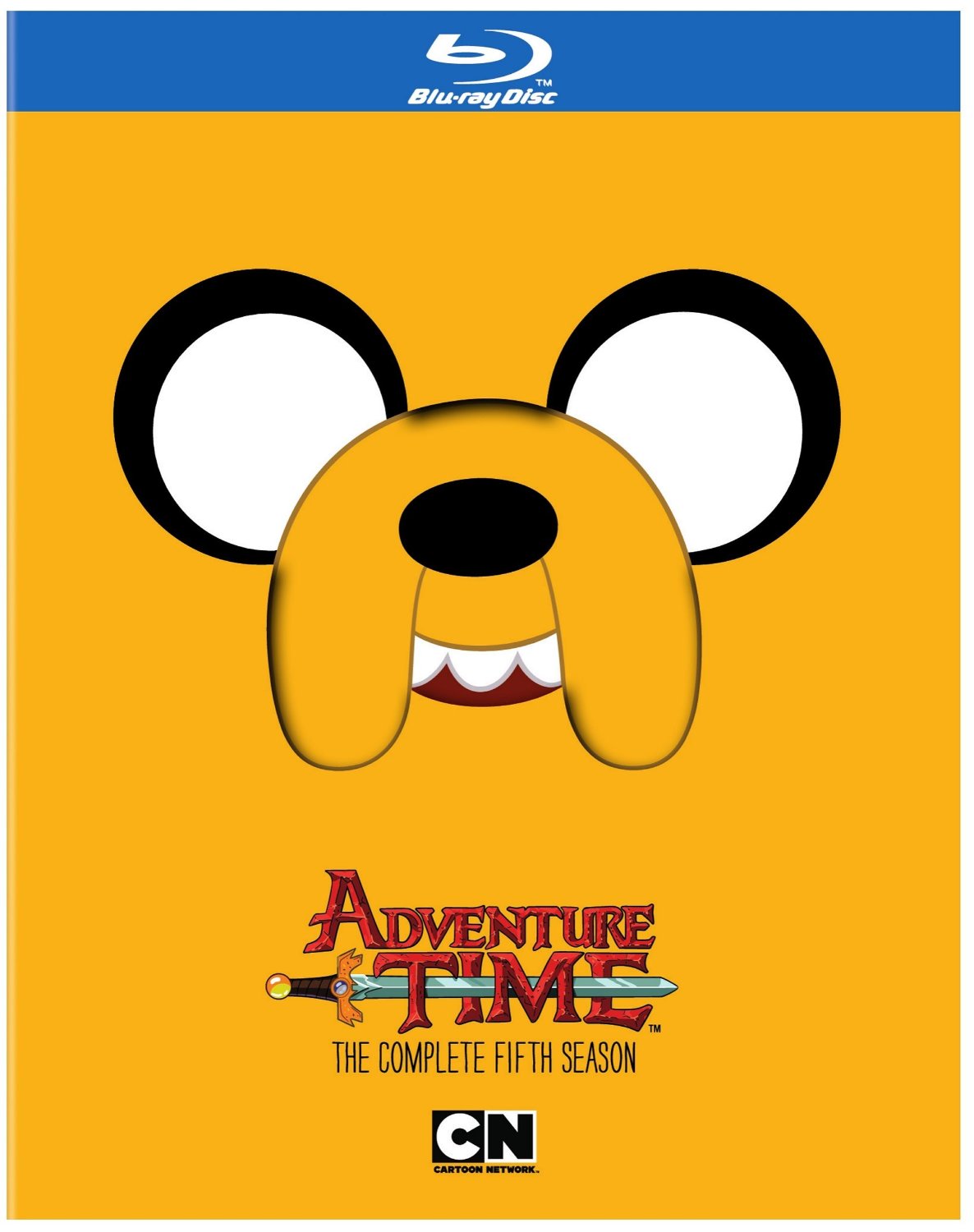 One way you could do so is through the just-released fifth season, which contains 52 episodes in glorious HD, along with a featurette about the show and animatic clips of its production. You also get all the episodes in digital form so you can take Finn, Jake and the gang with you and stream to portable devices. Next time someone talks about cartoons being just for kids or derides the state of TV animation as if it was better in our childhood (an odd bit of nostalgia that always blows my mind), show them an episode of “Adventure Time,” the most gloriously, addictively odd animation on TV.