The Girl: Putty in Hitch's hands

October, 1961: A New York fashion model on the verge of Hollywood stardom, 31-year-old Tippi Hedren (Sienna Miller) is invited to a celebratory lunch with legendary film director Alfred Hitchcock (Toby Jones) and his wife Alma (Imelda Staunton), who's also his long-time collaborator. A divorced single mother (of future actress Melanie Griffith, then four years old), Hedren is plucked from obscurity to star in "The Birds," Hitchcock's highly anticipated follow-up to his phenomenally successful thriller, "Psycho" (1960). After Alma sees her in a TV commercial ("I like her smile," she says to "Hitch"), she arranges a meeting. Secretly smitten, Hitchcock directs Hedren's screen test in his own Bel Air home and, shortly thereafter, offers a toast. 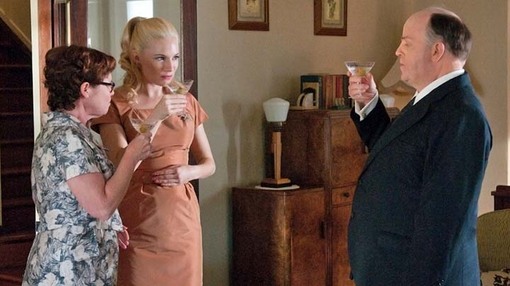 "'The Birds' is coming," says Hitchcock, ever the perfect pitchman for his movies. "It's going to be bigger, better, scarier -- my most ambitious movie ever. And we want you to star in it." Stunned by this sudden jolt of good fortune, Hedren beams with delighted surprise, regains her elegant composure and says, "I'll make you so proud of me. I'll be putty in your hands. You won't regret it, Hitch." 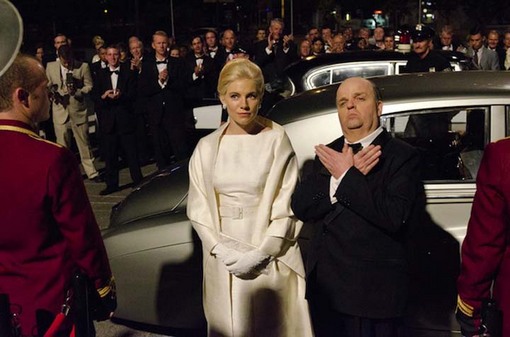 Oh, but she might. Initially, Hedren has no idea what she's gotten herself into. As HBO's biographical movie "The Girl" progresses, we witness her traumatic and ultimately brave endurance of misogynist abuse by "The Master of Suspense." She survives the film's notoriously grueling production, but that pales in comparison to her struggle fighting off unwanted advances from her manipulative director, seen here as a short, fat, impotent, lewd and pathetically lonely man who built a brilliant career out of his own psychological quirks and deeply subjugated sexual desires. 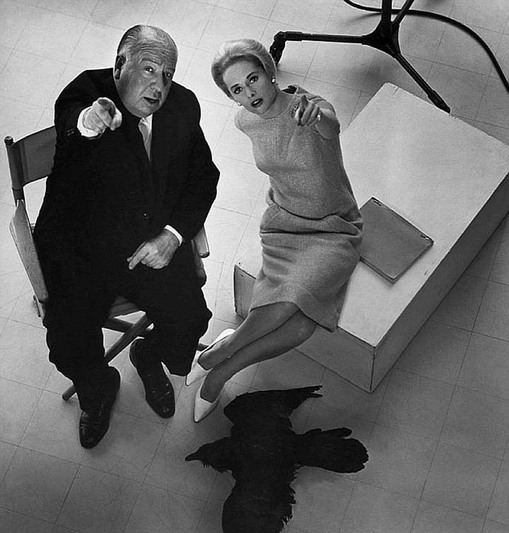 There's just one problem: "The Girl" is based on Spellbound By Beauty: Alfred Hitchcock and His Leading Ladies, the third book in author Donald Spoto's trilogy about Hitchcock. The first was The Art of Alfred Hitchcock, a straightforward survey of the director's films. The second was The Dark Side of Genius: The Life of Alfred Hitchcock, still considered the definitive Hitchcock biography. 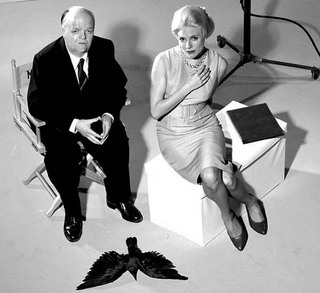 So what's the problem? It depends on who you want to believe. Spoto (credited as script consultant on "The Girl") has built his career around psychological assertions that Hitchcock was a self-loathing, sexually frustrated pervert obsessed with the "Hitchcock blondes" (among them Grace Kelly, Ingrid Bergman, Kim Novak, Vera Miles, Janet Leigh, Eva Marie Saint, Doris Day and Hedren) who were the psychosexual focus of his best-known thrillers. These merciless portraits of Hitchcock are the fuel that propels "The Girl," which has already provoked protest from Hitchcock loyalists taking issue with the film's Spoto-based point of view.

And yet, "The Girl" was produced with the enthusiastic endorsement of Hedren, who is thanked in the film's end credits, agreed to promotional interviews, and has long maintained that she was terrorized by Hitchcock before, during and after the filming of "The Birds" and its less popular follow-up, 1964's "Marnie" -- in which Hedren's character is raped not once but twice (once off-screen) by her own conniving husband (played by Sean Connery, a freshly minted movie star after his debut as James Bond in "Dr. No"). 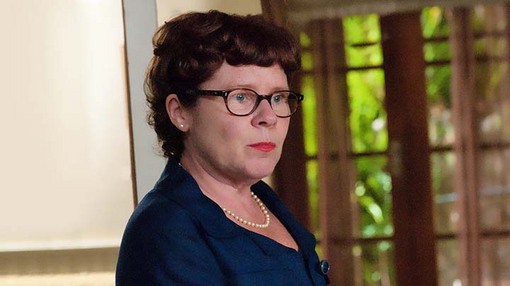 "Save Hitchcock" protests notwithstanding, "The Girl," almost in spite of itself, is a mesmerizing film that portrays "Hitch" as a sexual predator who abused his power, effectively ruining Hedren's career after she repeatedly rebuffed his desperate sexual advances. Alma (played by Staunton with sympathetic strength and long-suffering dignity) helplessly witnesses her husband's indiscretions, even going so far as to apologize to Hedren for his abhorrent behavior. 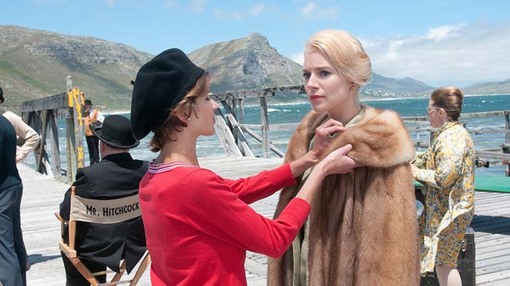 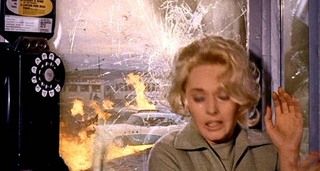 Co-produced by the BBC, directed by Julian Jarrold (who directed the first film in the "Red Riding" trilogy, the Benedict Cumberbatch "Brideshead Revisited," as well as "Kinky Boots" and "Becoming Jane") and adapted from Spellbound by Beauty by fellow BBC-TV veteran Gwyneth Hughes, "The Girl" balances its cynically speculative content with tantalizing recreations of Hitchcock and Hedren at work. With South African locations doubling for "The Birds" setting in Bodega Bay, California, "The Girl" is steeped in satisfying behind-the-scenes detail, including Hitch's script-sessions with novelist-turned-screenwriter Evan Hunter (who adapted Daphne du Maurier's short story) and clever glimpses of Hitchcock's mastery of movie magic. An early scene shows Hitchcock playfully demonstrating the "swaying lovebirds" effect (the most amusing sight-gag in "The Birds"), and later we watch Hedren endure minor injuries while shooting the film's terrifying phone-booth scene, when Hitchcock endangered the actress with breaking glass and a fake attacking seagull. Eavesdropping on Hedren's flirtatious interaction with first assistant director Jim Brown (Carl Beukes), Hitchcock's petty jealousy is unleashed as retaliatory cruelty. 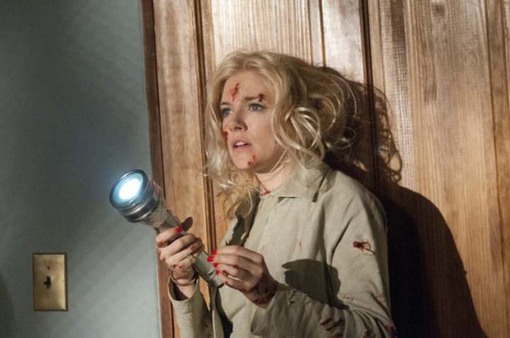 All of this makes for great drama, for better and worse, and both Toby Jones and Sienna Miller make it greater by giving uncannily convincing performances. Aided by judicious use of prosthetic makeup, Jones flawlessly recreates Hitchcock's one-of-a-kind vocal inflections and portly, slow-moving physique. In what is arguably her finest performance to date, Miller plays the quintessential Hitchcock blonde with steely determination and steadfast integrity. Both actors transcend mere mimicry, inhabiting their characters with consummate precision. For its efficiently plotted 90-minute running time, "The Girl" is never less than fascinating. 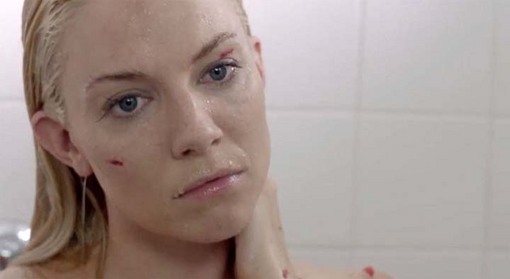 In its own way, the film also pays respectful homage to Hitchcock as a master filmmaker. In addition to the painstaking recreations of Hitchcock's working methods, Jarrold finds clever opportunities to honor Hitchcock's cinematic legacy. When Hedren takes a much-needed shower after a grueling day on the set of "The Birds," Jarrold includes a brief insert shot of water spraying from the shower head, precisely matching the same shot that precedes Janet Leigh's infamous murder in "Psycho." For Hitchcock fans, these are moments to savor. 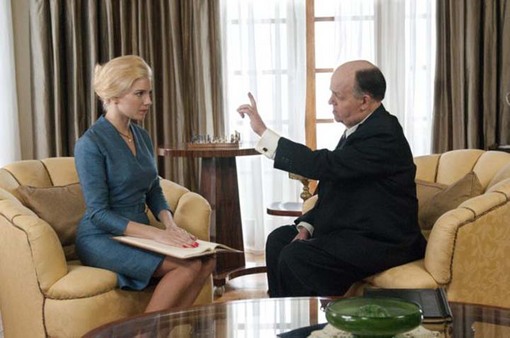 Those same fans will analyze "The Girl" according to their own perceptions of Hitchcock, but there's no denying that the film balances its darker speculation with convincing period detail and, strictly speaking, a fair amount of film-historical accuracy. We're in "Mad Men" territory here, and the film is rich with Kennedy-era detail, not only in its production design, but also in capturing the early-'60s sexual dynamics that placed women at a subservient disadvantage to powerful men. 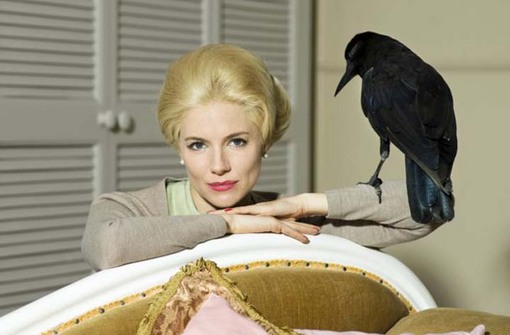 Even its detractors will have to admit that "The Girl" is great fodder for debate and discussion. It's also arriving shortly before the theatrical release (on Jan. 10, 2013) of "Hitchcock", which focuses on the controversial production of "Psycho," starring Anthony Hopkins in the title role. The film's trailers hint at the tidal wave of comparisons to come: Both Hopkins and Jones have been praised for previous portrayals of real-life figures (Hopkins as Oliver Stones's "Nixon" and Jones as Truman Capote in "Infamous"), and now we have two superior actors applying distinctly different approaches to portraying one of the most complicated and celebrated directors in the history of film. 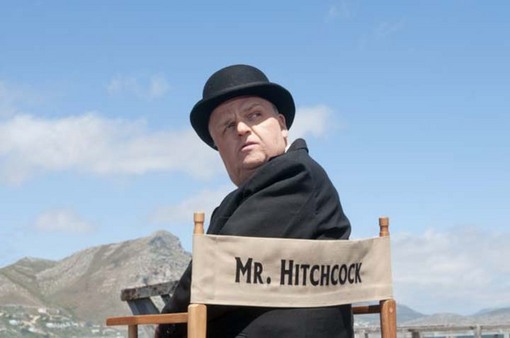 It's not a contest. Both films and performances will be judged on their merits. Until then, "The Girl" is must-see TV for anyone who's been thrilled by the Master of Suspense. Accurate or not, it succeeds as convincing speculation bolstered by excellence on both sides of the camera. We can only wonder if Hitchcock would recognize himself in Hughes' script and Jones' portrayal.

The Hand of God