Science fiction has always been a genre designed to comment on current issues through its visions of the future. What films like “2001: A Space Odyssey” or “Blade Runner” say about today is as essential as what they say about tomorrow. And so it’s not surprising that SyFy’s two new offerings, two of the biggest programs in the network’s history, serve as commentaries on modern politics, religion, and basic human need. What is somewhat surprising is the wide chasm between the two programs in terms of quality. While one is refined and complex, the other is the kind of basic cable offering that modern audiences just don’t want to see anymore. Remember the years before FX and AMC redefined expectations from cable TV outside of HBO? Remember what “cable mini-series” meant then? You have some idea of the wooden dialogue, weak production values and all around failure of “Childhood’s End.” On the other end of the spectrum, if you’re old enough to remember when “Battlestar Galactica” was rebooted on the then-called Sci-Fi Channel to rave reviews, then you might see some of that DNA in “The Expanse,” the most ambitious show the network has produced since “BSG” went off the air. In any genre and in any future, you win some and you lose some.

Let’s start with the positive: “The Expanse,” debuting on Monday, December 14th on SyFy in a two-night premiere and then airing on Tuesdays for the next eight weeks. Unlike SO much of what the network that has become known for “Sharknado” has offered lately, “The Expanse” actually challenges audience intellect, forcing them to follow disparate subplots, multiple characters and thematic intentions. Based on the bestselling books by James S. A. Corey, “The Expanse” is set two hundred years in the future. Mankind will apparently reinvest in its space exploration program shortly because, in just two centuries, we’ve colonized part of the solar system. People not only live on Mars, the government there doesn’t exactly get along with the one on Earth. Caught in the middle are the Belters, those born and living on space stations in the asteroid belts. 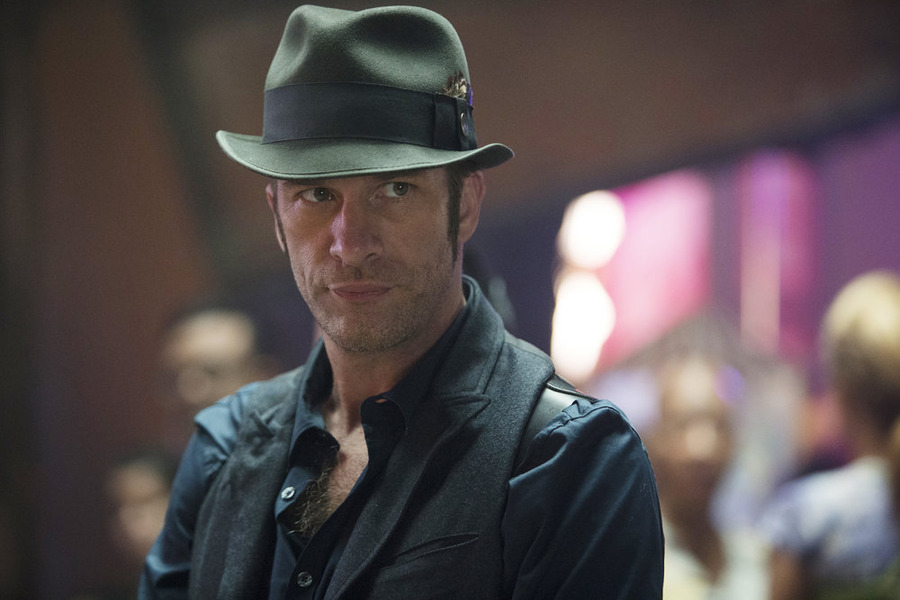 One of those societies floating through space is known as the Ceres, and that’s where we meet a Decker-style detective named Joe Miller (Thomas Jane). The people of this space station are struggling. They’re clearly designed to remind us of parts of the world not considered a superpower but essentially ruled by them. Water and air are not under control of the people. Imagine a society in which things as basic as oxygen and H2O were manipulated by others. Naturally, it breeds a sense of revolution. People are protesting in the street when Miller gets the case of his life. A woman is missing and he’s asked to find her. It starts that simple. Doesn’t it always start that simple?

While the Miller arc feels like noir, the other half of “The Expanse” is more directly reminiscent of “BSG.” In this future, blue collar men and women work on ice freighters, mining ice/water from asteroids to keep the humans floating through the solar system alive. One such freighter is called the Canterbury, and its Executive Officer seems like one of the few decent men still alive, a gent named Jim Holden (Steven Strait), who will become a very unlikely moral compass for this future. Shohreh Aghdashloo (“House of Sand and Fog”) co-stars along with a well-assembled ensemble that includes Paulo Costanzo, Jay Hernandez and the amazing Jonathan Banks of “Breaking Bad” and “Better Call Saul.”

One successful elment of “The Expanse” that’s so often missing from bad sci-fi is a sense that this world is lived-in and not merely a set. Jane conveys that well with his world-weariness and noir characterization. He, pardon the obvious pun, brings the gravity. There’s some goofy dialogue that holds it back, but I like that it doesn’t hold your hand in terms of its narrative or themes. I’m curious to see where it goes. 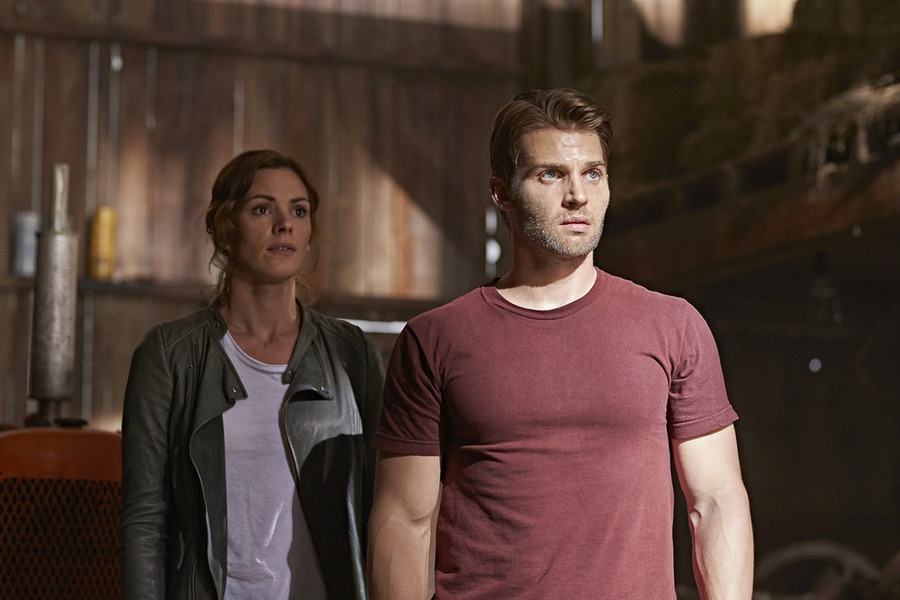 The same cannot be said for “Childhood’s End,” a three-night mini-series (12/14-16) based on Arthur C. Clarke’s landmark novel, which has been close to being adapted for decades, including once by Stanley Kubrick. Clarke’s book is a stunning examination of how individuality and control matters to humanity and how perceived utopia can be misleading. Syfy’s adaptation plays with Clarke’s plot and themes but does so in such a leaden, DOA way that it’s almost like a grade-school paper from someone who didn’t read the assignment.

In 2016, Earth is invaded by an alien race that promises perfection. Spaceships hover over major cities, as people are visited by dead loved ones who speak for this alien race’s leader, Karellen (Charles Dance). They’ve come to help mankind, and will eliminate war, famine, inequality, daily fantasy football leagues—you name it. Groups form to try to push back against the alien invaders, but most people embrace their new overlords. They even stop the violence in the Middle East and solve the world’s dependence on oil. They choose a handsome farmer (Mike Vogel) as their envoy, speaking with him to send messages to the populous. The nagging question of the first night is why won’t Karellen let anyone see what he looks like?

The idea that “people get angry when they feel impotent” is a fascinating one. Would we embrace world peace if it took away our sense of control? Again, the political context is ripe for exploration. “Childhood’s End” doesn’t really explore much of anything. It is one of those mini-series that completely lacks urgency. The first night could have been 30 minutes of a feature film. Everything is padded, which means we get themes and plot points repeated over and over and over again. I’ll embrace alien overlords who stop padded cable mini-series stretched to the breaking point. Just let me know how to get in touch with them.