It’s been some time since I openly praised something on the struggling SyFy network, and so I’m as happy as anyone to report that their mini-series “Ascension,” airing over six hours on three nights starting Monday, December 15, is pretty damn fun. Playing with themes explored on “Battlestar Galactica” and in “Snowpiercer,” believe it or not, “Ascension” is smarter than it looks—the kind of B-TV escapism that often gets undervalued because it’s somehow deemed lesser than programming that wears its intellectual aspirations on its sleeve. “Ascension” is a clever card game in that it starts by promising one thing, shifts to another, and ends the first night with a phenomenal twist ending that takes the whole venture in another direction. Some of the performances are thin and I wish the dialogue went through one more rewrite but it’s the narrative here that’s surprisingly fun. SyFy is smart to air it over three nights—get in, entertain, get out. 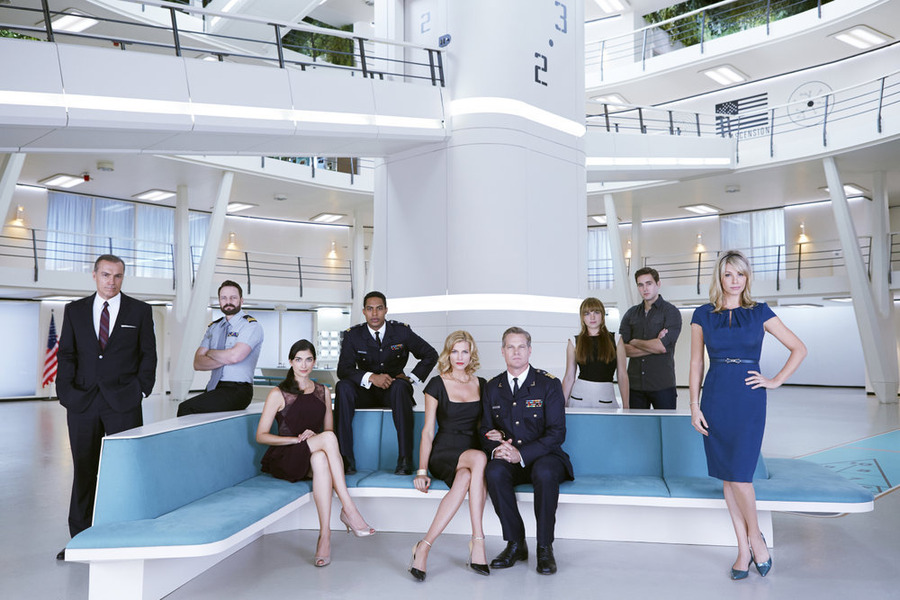 As in so much great science fiction, the U.S. government has been keeping secrets. In 1963, at the height of the space race, the United States was much further ahead than we knew. In fact, they had developed a top-secret operation to send an entire colony into outer space to look for a new world to populate, “Interstellar”-style. The project, known as Ascension, led to the creation of a massive space station that would support not just life within it but a virtual recreation of an Earthbound community, complete with holographic capabilities that make it look like the inhabitants of Ascension live in a 1960s neighborhood. There are pools, foliage, and living quarters that barely belie the fact that this is not a home but a ship hurtling through space. Generations are born and die on Ascension, as the populous approaches the point of no return on their mission to a new land.

This sheltered world is shattered in the opening scenes by the murder of a young woman. When it’s discovered that she was shot, everything they know about Ascension starts to collapse. Why? There are no guns in this world. Well, there shouldn’t be. Did someone really smuggle a gun aboard 50 years ago and wait a half-century to use it? What’s going on? First Officer Oren Gault (Brandon P. Bell) is eager to investigate but the powers that be keep trying to retain order about the ship. Much like “Snowpiercer,” the Ascension is a society built on structure. Those born in the lower decks stay in the lower decks. And the threat of murder could force everything to collapse. Meanwhile, back on Earth, Gil Bellows plays a man whose father had something to do with the launch of Ascension, and it’s clear now that something is wrong. The final scene of the opening night answers a ton of questions while brilliantly posing new ones, and virtually forcing viewers to watch the next night to see where “Ascension” goes next. 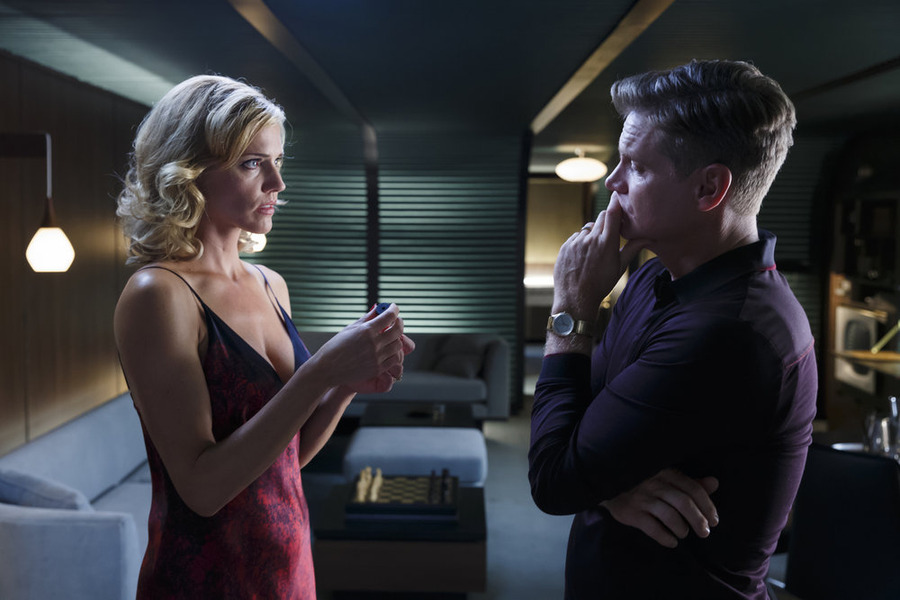 “Ascension” is all about breakneck plotting. Don’t ask questions or the suspension of disbelief will shatter. And don’t worry too much about the thin characters (although casting someone as charismatic as Tricia Helfer as one of them certainly helps). The pace of “Ascension” comes from a constant stream of questions: Who is the killer? Why was she killed? Is someone trying to sabotage the ship to force it to return to Earth? What’s going on back on Earth? And the writers very cleverly answer the questions posed in a timely fashion, reshaping the narrative in ways that keep viewers engaged instead of just leaving them hanging over all three nights.

It helps that “Ascension” has a degree of craftsmanship that has been missing from many SyFy productions of late (having Jason Blum as a producer probably helped—the head of Blumhouse knows how to take small budgets and make them look big). The ‘60s style art direction adds a lot to the final product in that it makes these interstellar travelers feel even more like a people stuck in the wrong place and the wrong time. Not unlike the people of “Pleasantville” or “The Truman Show,” they are unshaped by the society that has progressed without them back on Earth. And the show is very tightly edited, never allowing for the narrative sag that often comes with TV sci-fi.

Yes, some of the dialogue, particularly the expository bits that explain the investigation or the secret of the Ascension in the second episode, can be a bit eye-rolling. The script needed another pass. Although every time a false character beat or bad line started to bug me, a plot twist brought me back. Do the characters over-explain the plot? Sure, but at least it’s a plot worth explaining.