Sleepless Night: Opening up a sixpack of Whup-Ass

"Sleepless Night" (103 minutes) is available on demand through various cable systems, Vudu, iTunes and Amazon Instant, starting April 17th. It will be theatrically released in New York and Austin, Texas on May 11, 2012.

A stolen bag of cocaine, a kidnapped kid, corrupt cops, a shaky camera and a dance club the size of a Super Walmart configure Frederic Jardin's "Sleepless Night," a frenetic French action film that will either get your heart or your head pounding. This is a relentless genre exercise, both exhilarating and exhausting. Its numerous showdown set pieces feature foes in gun battles, foot chases and fisticuffs. Our protagonist uses whatever's handy to subdue his opponents: People's noggins get hit with doors, bread, dishes, bullets and the cleanest part of the commode. Gendarmes go from corrupt to virtuous and vice versa, film speeds vary from slow motion to sped up, and narrow escapes coexist with near-misses. With this much activity, sensory overload is all but guaranteed. 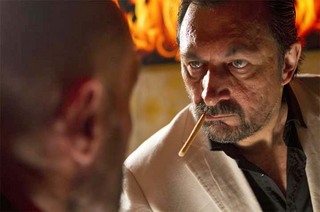 Vincent (French comedian Tomer Sisley) is a corrupt cop who begins his day by robbing 10 kilos of cocaine from the henchmen of José Marciano (Serge Riaboukine). Marciano's godson is shot, but not before Vincent is stabbed and both he and his partner are seen by one of Marciano's men. Marciano knows who robbed him, and he also knows Vincent's son, Thomas, would make a great bargaining chip for the return of his yayo. The gangster kidnaps Vincent's son and demands the exchange be made at Marciano's restaurant-slash-dance club, Le Tarmac. 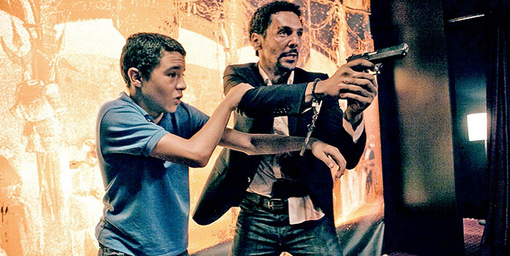 Vincent brings the goods, but doesn't know he's being followed by Internal Affairs cops Vignali (Lizzie Brocheré) and Lacombe (Julien Boisselier). Attempting to broker Thomas' release with a bag of coke, Vincent hides the rest of it in the drop-ceiling of the men's room. Vignali finds it and, for no apparent reason other than to trigger the scene in which a frantic Vincent goes looking for it, moves the bag to the women's room drop-ceiling. With Marciano's buyer impatiently waiting, Vincent produces the bag of coke and promises the rest when he's sure of Thomas' safety. The missing bag, the presence of the IA cops and the increasingly angry disciples of Marciano propel Vincent through the titular event. He will do anything to save the neglected son he sees every other weekend under the terms of his divorce settlement. "You are all that matters," he tells Thomas during one of their numerous interactions throughout the night. 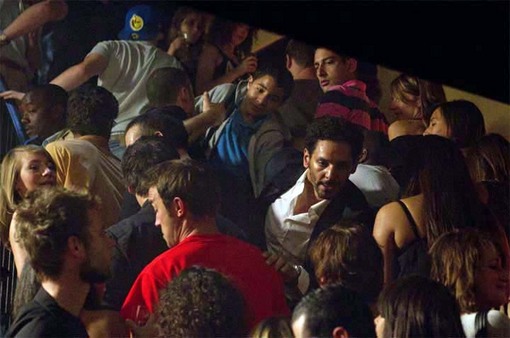 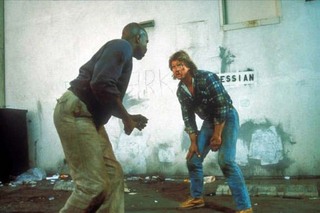 Most of "Sleepless Night" takes place inside Le Tarmac, perhaps the biggest nightclub in the history of film. Two memorable sequences occur in its kitchen. In the first, a desperate Vincent uses an idea from The Geto Boys' rap song "My Mind Is Playing Tricks On Me" in order to trick Marciano and his West Indian buyer into believing he's delivered multiple bags of cocaine. In the other, Vincent does fierce battle with Lacombe, who turns out to be infinitely more corrupt than our hero, and just as indestructible. This fist fight, easy to follow despite the shaky camerawork, deserves a place alongside Keith David and Roddy Piper's massive brawl in John Carpenter's "They Live." As in that battle, Vincent and Lacombe pummel each other with reckless, unbelievable abandon, eliciting a giddy, bloodthirsty response from the viewer. 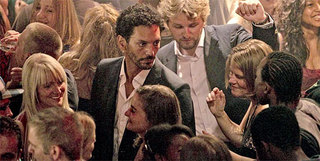 Jardin uses all manner of camera tricks, from "Requiem For A Dream"-style shots of his characters to fast motion to hallucinogenic visions slowed down to almost meditative quality. His framing makes great use of the claustrophobic nature of a dance floor. Navigating through writhing bodies as it follows or chases Vincent, the camera becomes us as we try to maneuver through the crowd; it emulates the frustration of one being in a hurry yet being slowed down by physical obstacles in the way. An early scene set to Queen's "Another One Bites the Dust" is effective in conveying the recurring sense of desperately running out of time. Shockingly (at least for me), the cinematographer on this film is Tom Stern, Clint Eastwood's recent lenser ("Gran Torino," "Hereafter," "J. Edgar"). Here, he does things that would get him shot by Dirty Harry. His occasional use of shaky-cam notwithstanding, this is some of his most interesting work. 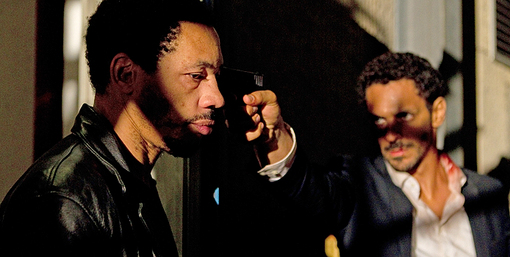 Plot-wise, "Sleepless Night" is preposterous. Yet every time I started mumbling "why the hell is he or she doing that?" my protest was met with an attention-grabbing action sequence. All good action films are kind of ridiculous; the successful ones move fast enough to keep you from giving it too much thought. "Sleepless Night" moves as quickly as it needs to in order to gloss over its questionable elements; that is, it's pretty damn fast-paced. 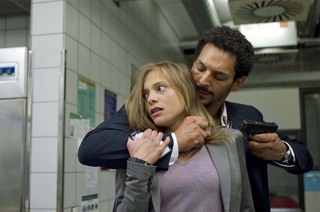 Did I mention that Vincent has no time to successfully treat his stab wound, leaving him in a continual state of weakening as he avoids capture? I liked how, even after near-superhuman acts of violent self-preservation, Vincent remembers he's been shanked in the gut and responds to that bit of unpleasantness. (A scene of him treating the nasty wound in a stairwell is a welcome respite from the action-heavy madness.) Sisley appears in almost every frame, performing his own stunts and taking one hell of a beating. He also works in feelings of guilt and affection for Thomas, and even remorse for the very ungentlemanly way he treats Vignali late in the film. 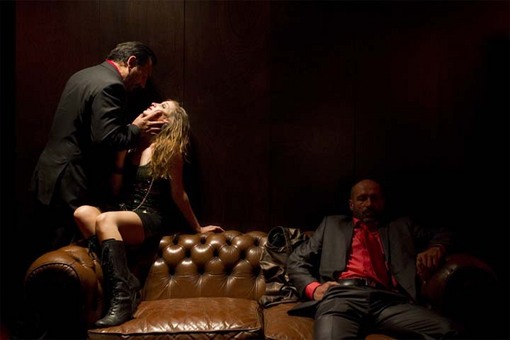 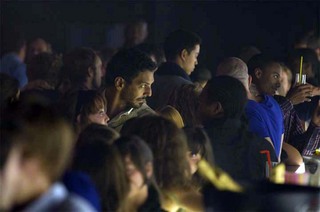 "Sleepless Night" starts with a bang and ends with an ambiguous whimper. While the ending may infuriate some, my issue with it is the emotional response it wants to provoke feels undeserved. I wanted Vincent to succeed because his son was an innocent victim of the sins of his father, not because I had any tie to Vincent. This is not a slight against Sisley, who ably delivers, but against a character who made his bed and is now trapped in its hospital corners. I felt for Thomas, but Vincent's fate could have gone either way for me without hurting the film. Equally ambiguous, though far more satisfying, is the resolution to the Vignali subplot: Brocheré milks her last scene for maximum effect, leaving one wondering whether her next move will be a prosecution. The actual English translation of this film's title is "White Night," and while there's no tap-dancing Baryshnikov, it has everything but Lionel Richie singing "Say You, Say Me" in French over the end credits. Considering the ending, that might have worked. But like "The Raid: Redemption," "Sleepless Night" ratchets up the action to a level that should fulfill anyone looking for opened-can-of-Whup-Ass filmmaking.