While a party of liberals weeps openly at the election results of November 8th, 2016, another young man looks up at his television and says, “The revolution has begun.” He could be talking about a creative revolution for a show that's been stagnant now for a few years. The seventh installment of the mega-hit “American Horror Story” premieres this week and creator Ryan Murphy has found the purpose and passion that’s been missing for the last several seasons in the unlikeliest of places, the White House. The latest FX series may be called “Cult,” and that title becomes clearer as the season progresses, but it just as easily could have been called “American Horror Story: MAGA” or “American Horror Story: General Anxiety Disorder.” Perhaps most interestingly, I think even fans of the most controversial leader in generations will find something engaging in the way Murphy approaches the current era of anxiety. It’s about the instability that has unearthed itself from the ground since Donald J. Trump was elected, one that feeds our greatest fears, from either side of the aisle, and, while it sometimes displays Murphy's go-for-broke inconsistency of character and style, it also makes for very fascinating television. 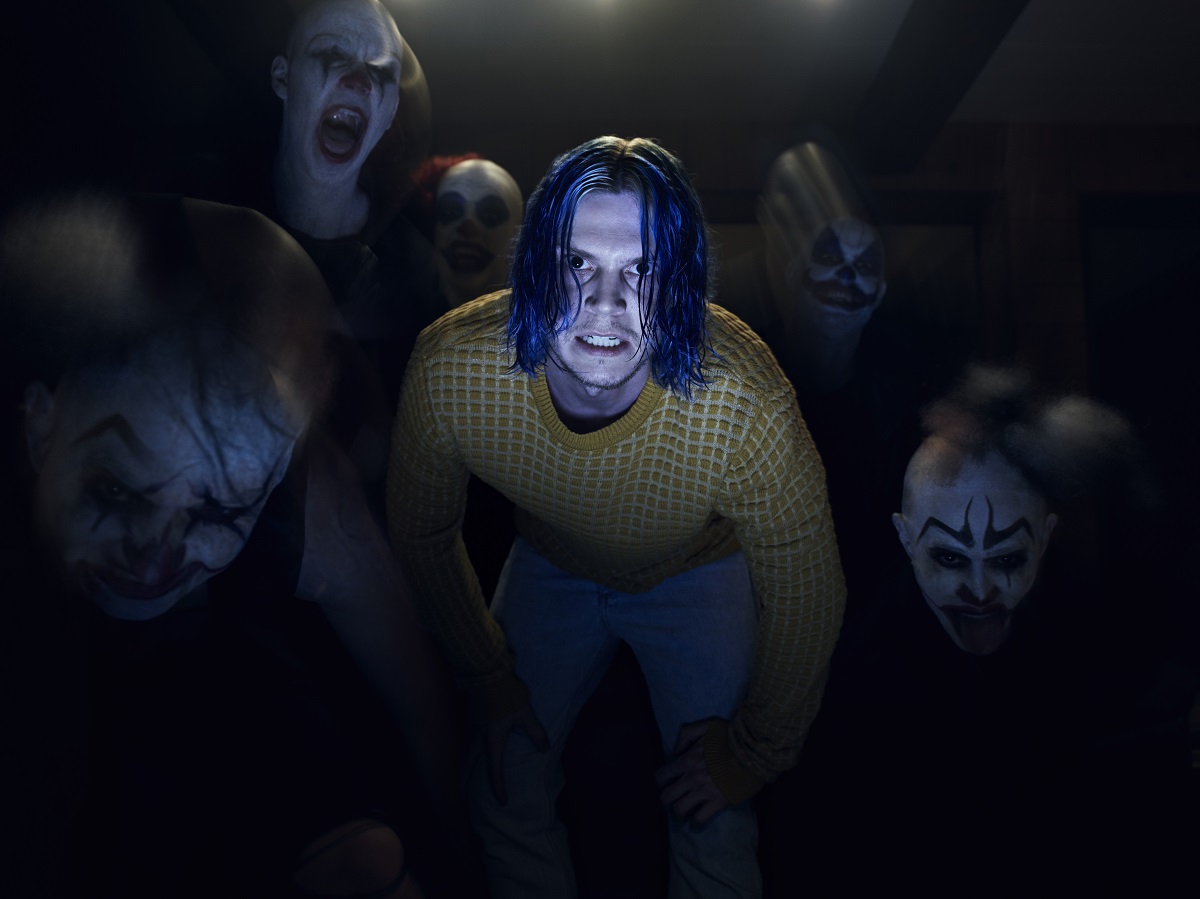 The main reason for that fascination may be Murphy’s playfulness with current issues, but the whole show falls apart without the grounded performance from the always-fantastic Sarah Paulson. A Murphy vet, here she plays Ally Mayfair-Richards, a Michigan woman who basically becomes unhinged after Trump wins, at least partially due to the guilt over the fact that she cast a protest vote for Jill Stein. Her anxiety adds fuel to her greatest fear—clowns (known as Coulrophobia). Yes, Ally is so crippled by her fear of clowns like Twisty from “American Horror Story: Freak Show” (who makes a brief return) that it’s sometimes crippling. And, after Trump wins, she starts seeing clowns everywhere. Not Bozo the Clown—they are nightmare creatures that even Pennywise would turn away from his clubhouse. Is Ally imagining things? Or is someone trying to drive her insane? As a group of killer clowns moves its way around Michigan, it starts to look like Ally’s fear is genuine. Paulson sells every crazy beat of the twisting and turning story, allowing us to wonder how sane Ally is or if she’s in genuine danger. It’s another great performance from a great actress.

At the same time, we watch the young, blue-haired man who saw Trump’s victory as the beginning of a revolution grow in strength. Named Kai Anderson, and played with icy determination by Murphy regular Evan Peters, he is clearly the leader of the “Cult” of the title of the show, someone who knows that fear and anxiety are valuable commodities. “Fear is currency. It has value,” he says. And he starts collecting that currency, building on an atmosphere of terror. For example, he harasses a group of immigrants, only to have a few colleagues (or cult members, if you will) record the ensuing beating he takes to fuel the fire of anti-immigrant fervor. His end game is unclear even after four episodes. Does he just want the world to burn? 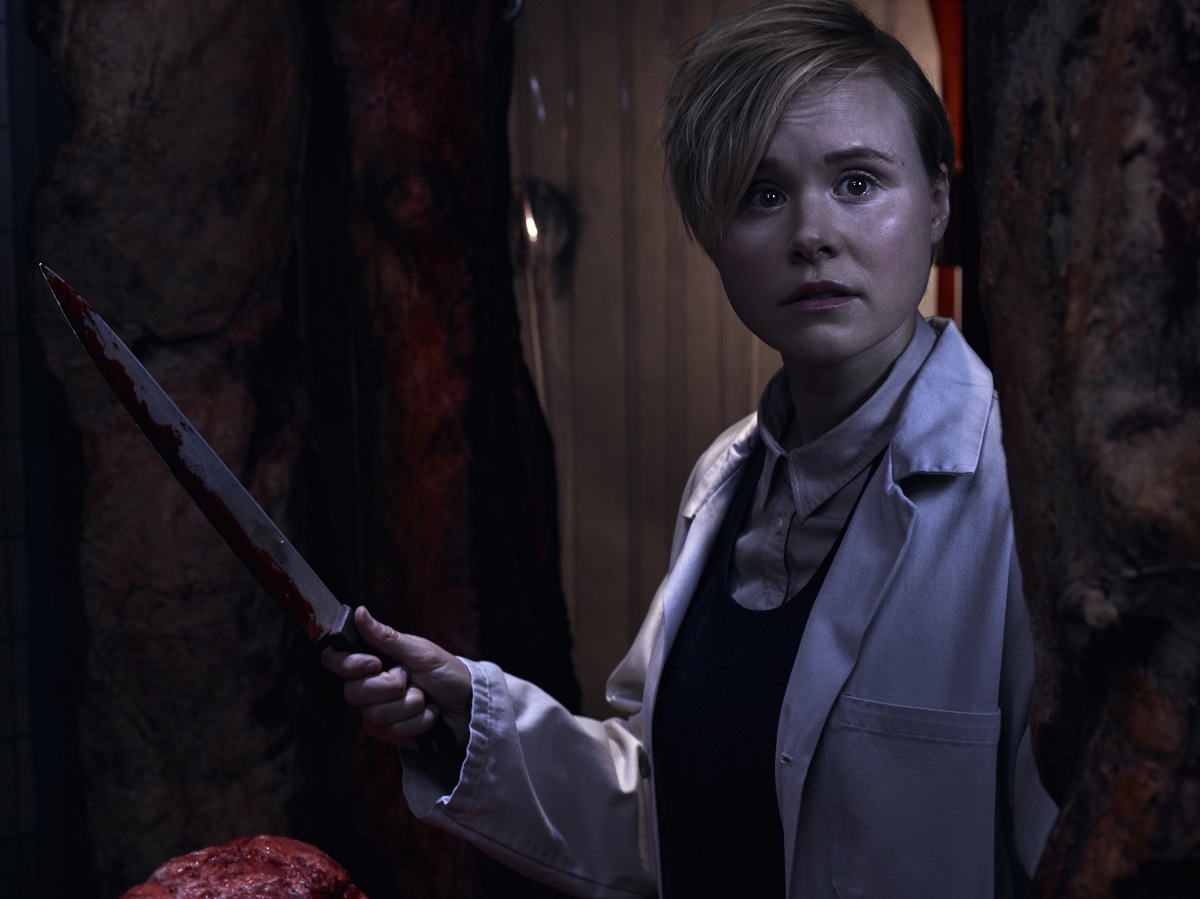 Revolving around Ally and Kai like satellites is a fascinating cast of supporting characters. There’s Ally's supportive-but-frustrated wife Ivy (Alison Pill); a reporter (Adina Porter) tired of being interrupted on live shoots by men shouting “Grab her by the pussy!”; the new nanny (Billie Lourd), who happens to be Kai’s sister, and who we know is trouble from the minute she walks into Ally and Ivy’s house; Ally’s suspicious therapist, Dr. Vincent (Cheyenne Jackson); and a spectacular turn from
Advertisement
Billy Eichner as a man fed up by getting screwed over by life and ready to follow Kai.

The best thing about “American Horror Story: Cult” is the way in which Ryan Murphy uses the Trump victory as a beginning more than an end. It is concerns the anxiety more than it does the Trump agenda specifically, and that allows Murphy to run wild (sometimes admittedly too much so) with modern concerns, playing, as he often does, in the realm of satire as much as he does horror. When Eichner’s borderline insane neighbor thinks that Ally has done something racially insensitive, he dons a sombrero and shouts about how DNA testing service 23andMe proved he was part-Mexican. “Cult” becomes about social justice, protesting, immigration, and our deepest phobias as much as it does Trump—always couching everything in the idea that Trump’s victory brought so many other issues to the surface. As someone says, “There’s a lot of crazy right now”—a statement that’s pretty much impossible to argue with in 2017, no matter your political affiliation.

“American Horror Story” has a habit of starting strong—Murphy often delivers interesting concepts for his seasons, with the exception of the entirely-awful “Roanoke”—and then falling apart as the writers realize they don’t know where to take their great idea. The same thing could happen here, although there’s a confidence through the first four episodes that I haven’t seen since season one. When Trump was elected, there was a wave of thinkpieces suggesting that art thrives in a culture of fear. Who would have guessed that “American Horror Story” would be one of the first examples?