Who would have guessed that horror would become a more creatively viable and successful TV genre than it has in film in the ‘10s? While movies have succumbed to a wave of cut-rate, clichéd product like "Devil’s Due" and umpteen "Paranormal Activity" rip-offs, television can’t stop trying to find the next creatively viable product that features a bit of gore and grime. Should we blame "Dexter"? "The Walking Dead"? "True Blood"? They’re all the kind of massive hits that get network executives into boardrooms to reconfigure their gameplan. And the success of shows like the Showtime, AMC, and HBO hits have led to two new offerings this weekend—NBC’s remake of "Rosemary’s Baby" and Showtime’s new weekly adventure series "Penny Dreadful." One is awful and it’s not the one with a synonym for the word in its title.

Let’s start on the positive side of the ledger. Not unlike Mary Shelley’s good doctor, Showtime’s "Penny Dreadful," premiering Sunday, May 11, grave-robs from a number of places to form its entertaining whole. It’s an imperfect show that sometimes feels a bit too much like Disney ride dress-up but director J.A. Bayona ("The Orphanage," "The Impossible") brings a craftsman’s eye to the two episodes screened for press while Eva Green takes a meaty role and chews the fat on it like only she can. It’s fun, even if you ignore the fact that Alan Moore did it first and other shows have done it better. There’s style, B-movie charm, and a few great performances to be found in the bloody heart of "Penny Dreadful." 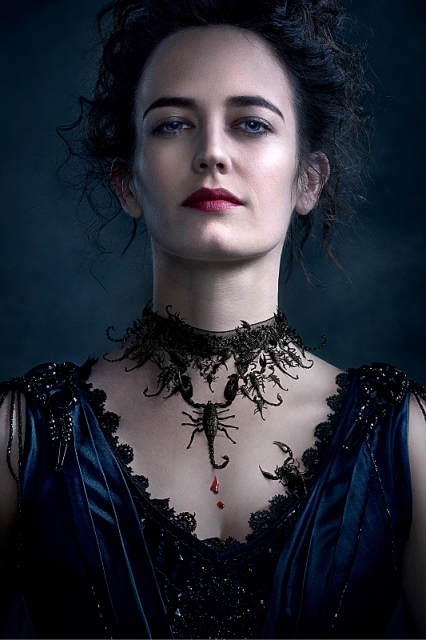 Much like Moore’s "The League of Extraordinary Gentlemen" (with echoes of his "From Hell" throughout as well), "Penny Dreadful" is a mash-up of legendary, literary characters in "a world where science and superstition walk hand in hand." Of course, it opens with a screaming girl (both episodes, actually). It is London, 1891, and the innocents are ending up gutted. Sir Malcolm Murray (Timothy Dalton) knows that something more sinister than a mere psychopath is behind the carnage, as does the captivating and bizarre Vanessa Ives (Eva Green), his partner in creepiness. Murray and Ives recruit an American sharpshooter named Ethan Chandler (Josh Harnett) and Dr. Victor Frankenstein (Harry Treadaway) himself to solve the mysteries most people don’t even know exist. The second episode introduces us to a love interest for Ethan named Brona Craft (Billie Piper) and the mysterious Dorian Gray (Reeve Carney).

It may be B-movie material to its core but Bayona plays it straight, expertly building the atmosphere of this world through close-ups of things like teeth, blood, and undefined body parts. It’s very Gothic in its execution as Bayona and his team wisely refuse to make it feel "too modern" as we so often see in period pieces today. And Bayona knows when to give us a wide shot to see the action and switch to a close-up for intensity/mood. As he proved with Belen Rueda in "The Orphanage" and Naomi Watts in "The Impossible," he can also direct the hell out of an actress and Green simply rocks here, especially in a séance scene in episode two in which she loses her mind. I know we have a lot of year left but a possessed, maniacal, eye-twitching Eva Green will be one of the annual highlights. When "Penny Dreadful" is offering these kind of fun, well-crafted pleasures, it works. I don’t yet care a bit about the plotting (which could be more of a problem as the "new" of the show wears off) but I’m having fun. 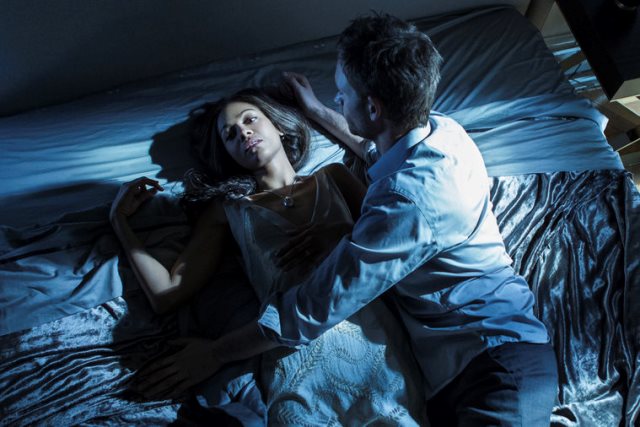 There’s nothing approaching fun in the three tedious hours of NBC’s "Rosemary’s Baby." What’s so depressing to me about this massive waste of talent and source material is the possibility that it could turn younger viewers off the original Ira Levin book or Roman Polanski classic film. The 1968 classic with Mia Farrow and John Cassavetes may have run over two hours but it was a precise, fat-free horror film, in which every creative decision felt calculated and defined. At its very core, taking that precision and expanding to three hours (four with commercials over two nights on Sunday and Monday) is a bad idea. The result is a meandering, bloated mess, salvaged only slightly by a few committed performances from Zoe Saldana, Jason Isaacs, and Olivier Rabourdin.

Director Agnieszka Holland loses all sense of authorship in a piece that looks as clunky as any TV movie of the ‘90s. Coming into "Rosemary’s Baby," I hoped for a little of that atmosphere and cinematic style that Bryan Fuller’s team brings to "Hannibal" every Friday night but it’s nowhere to be found. The very core of Levin's book and Polanski’s film has been gutted, taking a story about common fears—the apartment next door, the husband you don’t really know, the baby set to change your life—and making it into a cut-rate Satanic cult piece. Style and tension are gone, narrative depth is gone—all that’s left is a decent performance or two. I don’t know about you but that can’t get me through three hours.

Saldana, always underrated and desperately in need of someone to find her better roles, stars as Rosemary Woodhouse, a young wife who lost a baby due to miscarriage not that long ago and recently moved to Paris with her husband Guy (Patrick J. Adams of "Suits"). She has a good friend there named Julie (Christina Cole) and her husband has a promising job but she’s essentially alone until she meets a rich couple named the Castevets (Carole Bouquet & Jason Isaacs), who inexplicably become the Woodhouse’s benefactors. When their apartment goes up in flames, the Castevets let them move into their expensive French condo. That, of course, is built on the legendary Parisian catacombs.

The core of "Rosemary’s Baby" has gone from fear of those around you (neighbors, husband, etc.) to a cautionary tale about trusting eccentric foreigners. The relatable horror of not knowing who you can trust in your own home has been reduced to "When you go to a creepy party at a French apartment and see a devilish gentleman having a threesome (who then disappears) and the hosts give you a creepy cat as a gift…run." Nothing is remotely atmospheric, death scenes are predictable and boringly filmed, the best friend character might as well be wearing a red shirt, and the dialogue and plotting are horrendously executed. Saldana gives it her all. And hardly anyone gives anything back to her.