TBS' “People of Earth” Embraces the Aliens Among Us

TBS’s “People of Earth,” premiering tonight, is an odd comedy, and not just because it's about aliens. At its best, it has echoes of Christopher Guest in its assembly of quirky personalities with something odd in common, but it’s more fascinating in how it’s always on the verge of coming together but never quite does. Great comedies have a rhythm that make them more than the sum of their parts. While there may be enough quality parts here to warrant a look, in today’s crowded TV marketplace, those pieces don’t come together enough to make the show stand out.

Ozzie Graham (the perfectly dry Wyatt Cenac) is a New York-based journalist who gets an undesirable assignment profiling a support group for people dealing with alien experiences called “StarCrossed.” While sitting in on meetings with the experiencers—don’t call ‘em “abductees,” as that takes away their agency—Ozzie begins to realize that he may have some repressed memories of an alien nature of his very own. What starts as a wacky profile piece becomes something that Ozzie has to investigate more deeply, not only to get to the truth of StarCrossed but the truth of his own background. 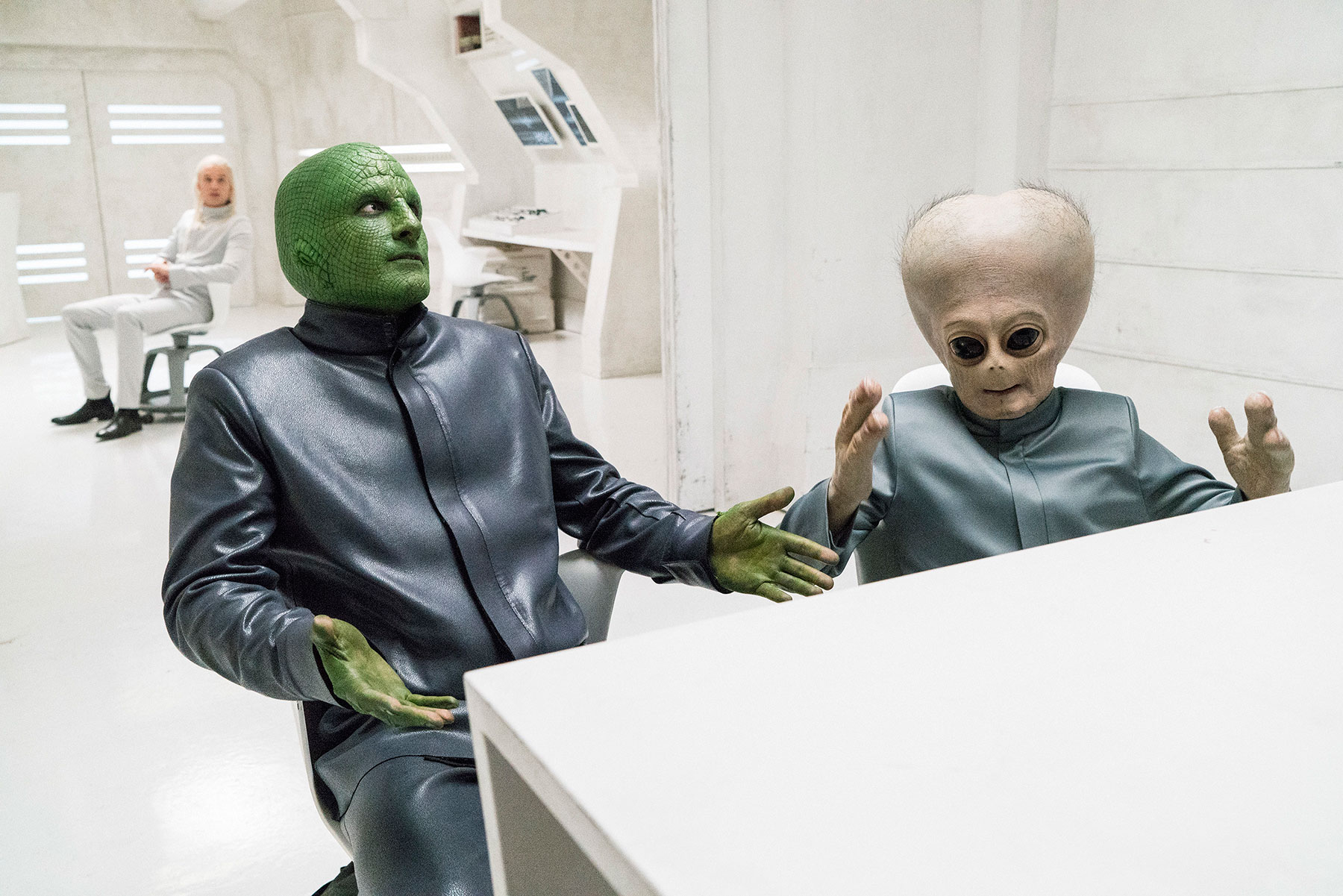 Of course, this set-up, which plays a lot like NBC’s underrated “Go On” with Matthew Perry, allows for a diverse comedy ensemble in the membership of StarCrossed. The great Ana Gasteyer (“Saturday Night Live”) plays Gina Morrison, the head of the group, who we learn in episode four has come to this small town after a tragedy in her profession. StarCrossed members include Gerry (Luka Jones), who is obsessed with aliens but hasn’t actually been abducted himself; Richard (Brian Huskey), who believes his wife has been abducted by aliens but it’s really hiding a much-sadder truth; Kelly (Alice Wetterlund), who seems too cool for the group but likes the camaraderie; Chelsea (Tracee Chimo), whose alien encounter was the most romantic experience of her life; Yvonne (Da’Vine Joy Randolph), a tough-talking postal worker; and Margaret (Nancy Lenehan), a woman finding a sexual reawakening at a retirement community. We also meet Ozzie’s annoying boss (a perfectly slimy Michael Cassidy) and three aliens of varying extraterrestrial stereotype, including the “White” Don, “Grey” Jeff and “Reptilian” Kurt. Some of the best scenes in the first four episodes feature this trio of space travelers forced to work together in what is essentially a riff on an office comedy.

There are moments of inspired lunacy in the first episode of “People of Earth,” such as the end of episode two and the revelation of the truth behind Richard’s story in episode three (featuring a guest appearance by Amy Landecker of “Transparent”). And Cenac is a good choice for a straight man, often nearly expressionless in a way that balances out the craziness around him. It’s a very likable cast, especially Jones and Wetterlund.

The simple truth about “People of Earth” is that it’s just not funny enough yet. It’s more a curiosity than a comedy. Part of the problem could be the sense that the whole thing is overwritten—too many characters with too many storylines—and that is something that could easily go away once we’ve gotten to know these people. I’d love an episode that just focused entirely on a group session. The cast has the chemistry to make that work, and the moments that allow insight into the backgrounds of the group members—Richard in three and Gina in four—are the series’ best. “People of Earth” does have plenty of moments and personalities to warrant a look. You’ll just wish the whole experience amounted to more than lost time.