Netflix’s “Gypsy,” premiering in its entirety this Friday on the increasingly prolific streaming service, is a depressingly bad show for the talent it wastes on horrendous dialogue, unbelievable characters, and the kind of soapy plotting you’re more likely to see on a Lifetime TV movie than prestige drama. Naomi Watts and Billy Crudup are the undeniably talented actors adrift in this pop psychology thriller about a woman who breaks from her stifling routine but they’re given too little to do that’s believable enough to commit to spending ten hours of your life with them. Just so everything is clear, I only made it three. Could the show turn around and deliver on promises that felt thin in those early hours? Sure, but in my experience of reviewing television for over a decade, if a show’s not working after three hours, it’s probably not working seven hours later either.

Watts plays Jean, a New York therapist who gets bored enough with her life that she basically starts digging into the lives of her patients. In the premiere, leadenly directed by Sam Taylor-Johnson of “Fifty Shades of Grey” fame, Jean decides that she’s attracted enough to a barista named Sidney (Sophie Cookson) to come up with alternate persona of Diane, a freelance journalist willing to experiment with drugs and unattached to suburban anchors like a husband and child like poor Jean. To say that this quick switch isn’t sold believably would be a massive understatement. The first couple episodes hinge on Jean/Diane’s attraction to Sidney, and I didn’t buy a single minute of it. Oh, did I mention that Sidney’s ex-boyfriend is one of Jean’s patients? Of course, he is. 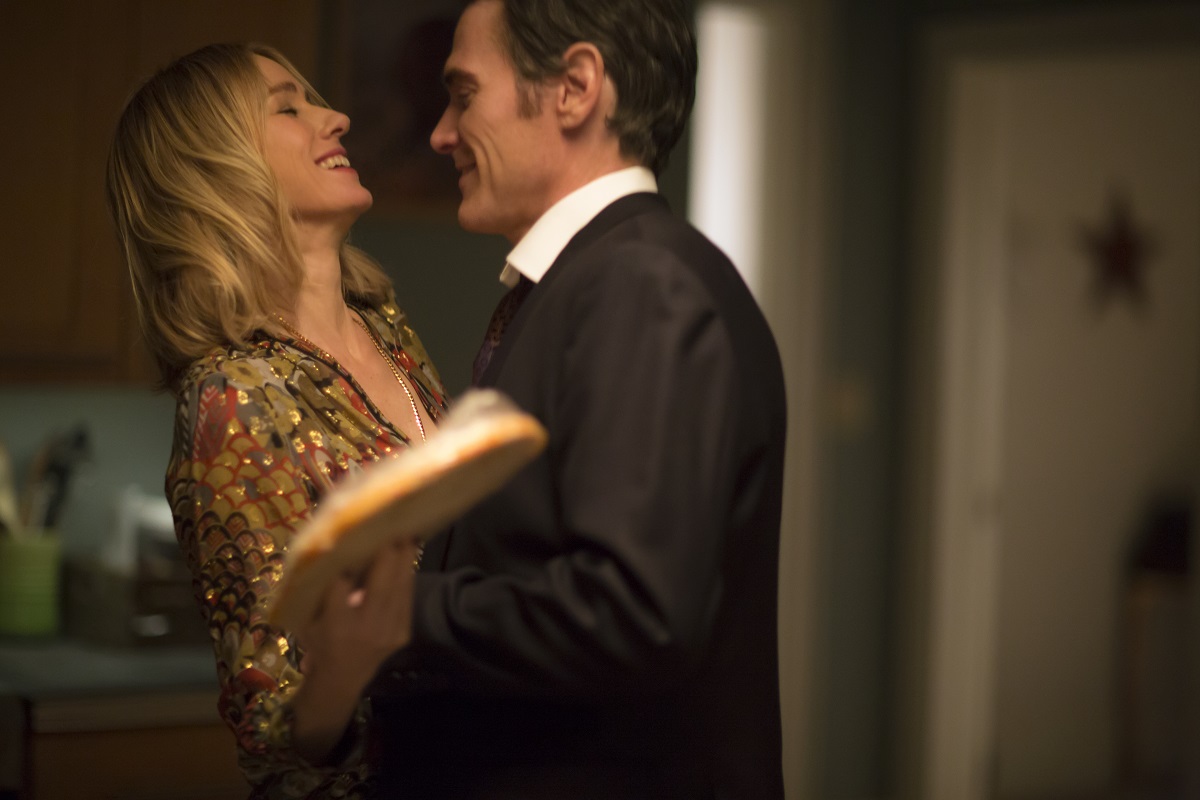 If the Sidney obsession is the “A Plot” of the first few episodes of “Gypsy,” there are plenty of B plots. Jean’s husband (Billy Crudup) works too much, and Jean clearly doesn’t trust the fact that he spends most of his nights in the office with a gorgeous assistant. We meet other patients of Jean’s in horribly-scripted therapy scenes—Jean is really bad at her job—including an overprotective mother played by Brenda Vaccaro and a young drug addict played by Sophie Boynton. “Gypsy” also has echoes of “Big Little Lies” in the way it captures the dog-eat-dog world of suburban mothers who compete with each other for more socially ostentatious signs of wealth, and Jean’s daughter might have some gender identity issues, displaying more outward appearances as a boy. And we eventually learn that Jean’s mother (Blythe Danner) wasn’t the most supportive figure in her life.

The fact that “Gypsy” has so much going on in the subplot department makes Jean’s “bored housewife” routine feel all the more hollow and her character less likable. I’m comfortable with The Age of the Antihero in modern TV, but I don’t think we’re supposed to consider Jean’s dalliances in the city as “anti” as much as her expressing a long-hidden side to her personality. Bluntly, despite Watts’ best efforts, Jean is just not a character one wants to spend long periods of time with. It seems likely that Jean will learn the error of her ways, but watching this unlikeable character set up the house of cards that will surely fall just isn’t fun or believable.

Worst of all, none of it rings true. Jean is the kind of character who says to Sidney, “You’re like a human Rorschach test,” and Sidney doesn’t just respond with “Nobody talks like that! Who are you?” “Gypsy” is filled with scenes of overwritten dialogue directed with blatant self-importance. If I was the show’s therapist, I’d suggest it stop taking itself so damn seriously. Pick up the pace and give us something to care about. Get to the point and stop dancing around your issues. Because no one wants to dance this slowly.