Reviewing television comedy can be something of a fool’s errand in that what people find funny is highly subjective. There are hit comedies on the air right now that have never made me laugh once, while there are sitcoms that didn’t make it past a season or two that I found hysterical. And so telling someone that a show is “funny” is often like trying to recommend a band without knowing their taste in music—it simply may not hit their funny bone in the same way. Now, we critics, can step back and try to address universal elements of television production like pacing, acting, timing, etc. but when I tell you that the second word I think of when considering Netflix’s new original comedy “Unbreakable Kimmy Schmidt” (debuting in its entirety on Friday, March 6th) is funny, it may not mean that much to you. 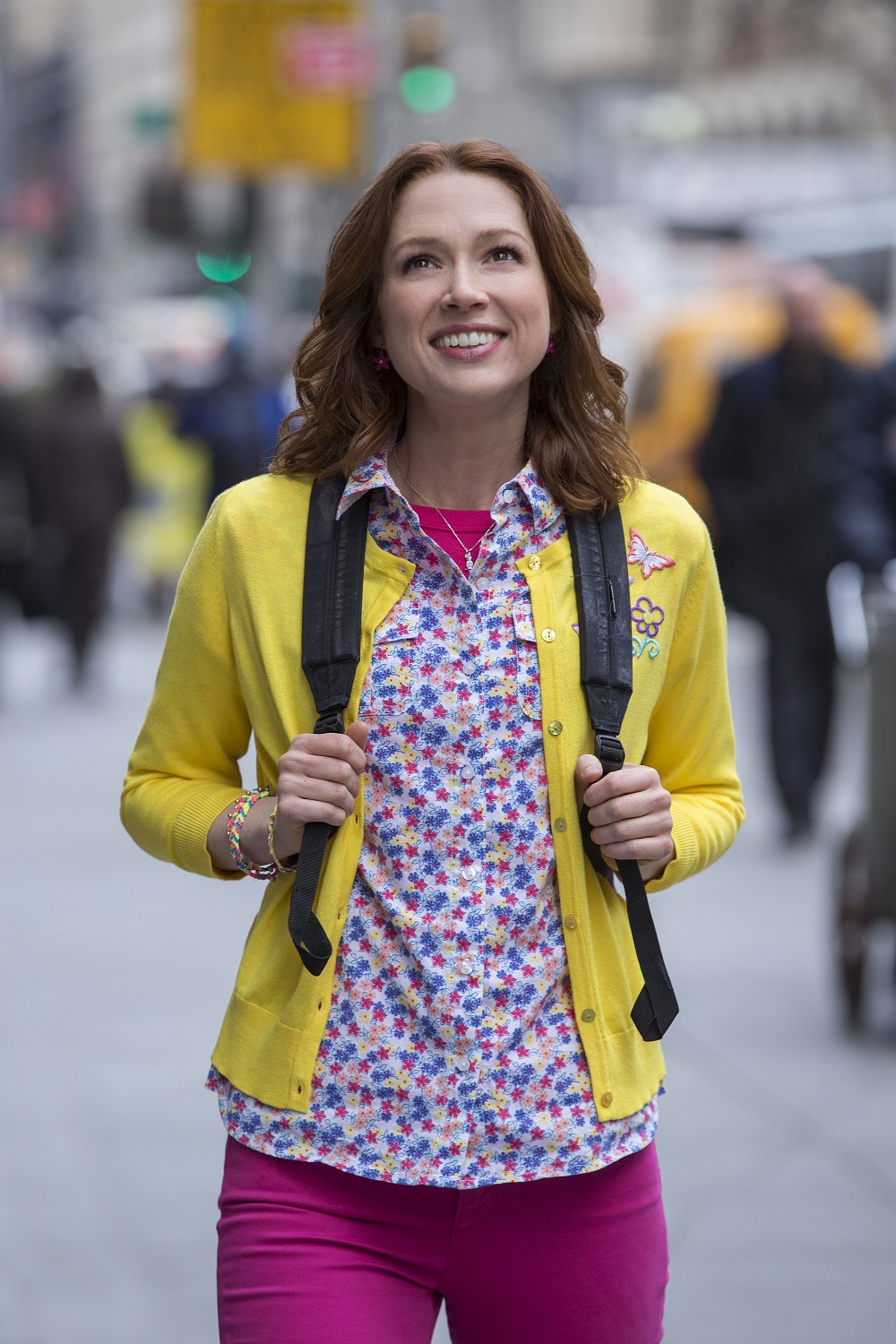 The first word is “weird.” This show, co-created by Tina Fey and Robert Carlock (also a creator of “30 Rock”) is defiantly strange, and I think that’s one of the reasons I like it so much. It fits into a theory I’ve had about streaming services like Netflix and Amazon in that they stand in a position to push genre and expectations like HBO was in two decades ago. It’s not that “Kimmy” is particularly daring, but one can see why NBC shied away in that it’s occasionally very dark and totally unique. It has echoes of “30 Rock” for sure, and I have a hard time believing fans of that show won’t appreciate the similar razor-sharp social commentary here, but it’s also got a quirky originality courtesy of star Ellie Kemper and the strangest pitch line network executives must have heard in the last few years.

You see, Kimmy Schmidt (Kemper) has been a member of an underground cult for the last 15 years, released to a world her captor told her no longer existed and that she doesn’t really understand. After a quick quasi-celebrity visit to New York to do the talk shows (during which we get to hear Matt Lauer hilariously promise “One of the Mole Women gets an Ambush Makeover!”), Kimmy decides to stay in the Big Apple and try to make it there. She ends up answering an ad that makes her the roommate of the unforgettable Titus (Tituss Burgess, who has perfect comic timing), a down-on-his-luck actor who holds the record for the most auditions for The Lion King Broadway show and whose greatest credit is a Bum Fights DVD. Kimmy also gets a job as a nanny to the spoiled children of a wealthy socialite named Jacqueline (Jane Krakowski), placing her 15 years with nothing in contrast with people who have everything. Krakowski is clearly doing a variation on her “30 Rock” character (“It’s scientifically proven that if you look good on the outside, you actually become happy!”), but it’s still very funny.

People upset about the “SNL” ISIS commercial may want to avoid “Unbreakable Kimmy Schmidt.” It’s a dark, strange show, complete with flashbacks to Kimmy’s time in the bunker (there’s a bit with a mystery crank that nearly floored me). The hook of the program is that while Kimmy has been through stuff that anyone would find horrific, she refuses to let life get her down, but the people she meets in NYC who often have everything do nothing but complain. And Kemper’s “aw shucks” timing is phenomenal. She jumps in with both feet and as many broad expressions as she can find. It’s the kind of awesome, committed performance you see from Sacha Baron Cohen in his films—ridiculously over-the-top but unafraid at the same time.

The greatest thing about “Unbreakable Kimmy Schmidt” is that it keeps getting weirder and funnier. The relatively straightforward premiere is followed by weird bits straight out of “30 Rock,” and just when it starts to feel realistic and relatable, Titus is singing Boyz II Men at a stranger’s funeral. Fey has an amazing ability to weave broad humor (yes, sometimes a bit too broad) with characters we come to know and like. Again, you may not find it funny. I sure did.