Netflix Misfires with Young Adult Sci-fi Adventure of “Between”

If you’re saying to yourself, “Man, Brian writes about Netflix every two weeks or so,” you’re not wrong. “Bloodline,” “Daredevil,” “Grace and Frankie,” “House of Cards,” “Unbreakable Kimmy Schmidt”—the streaming service has clearly designed 2015 as the year their takeover of your free time becomes complete. And they’ve done so with very few missteps. Well, that changes Thursday with a program that actually breaks two of their rules. 1.) Each new episode will be available weekly, defeating the “binge viewing” concept that so many love about the service. 2.) It’s not very good. 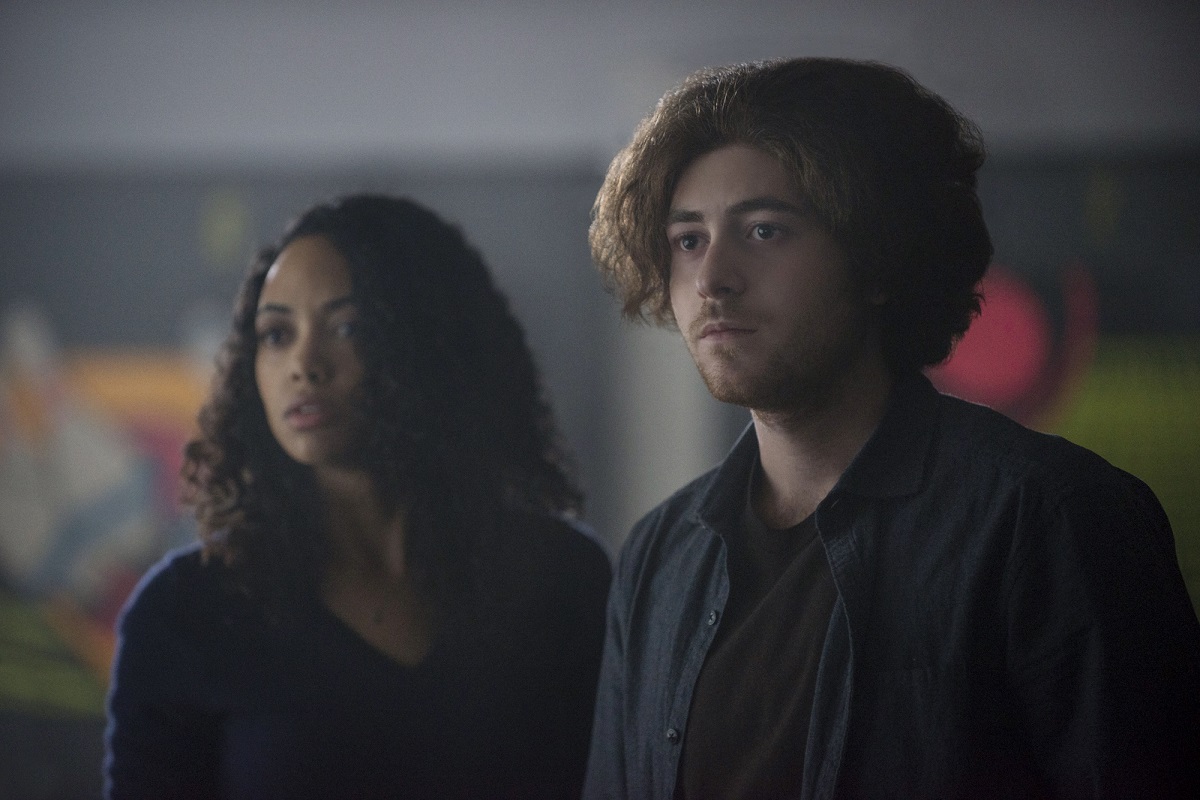 From the beginning, “Between” feels like a lesser CW show (with tinges of CBS’s “Under the Dome” and USA’s “The 4400”…neither of those are meant as a compliment). The premiere, which is all that screened for press and all that will be available on May 21st, is all concept, no character. It is flat, filled with some surprisingly horrible performances sketching two-dimensional characters. There’s the very pregnant teenager (Jennette McCurdy of “iCarly”), who’s also a minister’s daughter, of course. There’s the rich kid, the not-rich kid, the young teacher, the smart kid, and so on. Why all kids? Well, one day, the people of Pretty Lake start dropping dead. It starts relatively slowly, a few dozen by day 5, but it’s well into the thousands by day 10, and that’s when someone notices that no one under the age of 22 has yet shuffled off this mortal coil.

Before you know it, the government has built a fence around Pretty Lake, while they wait to figure out how to save the young survivors or decide to just blow the whole thing up. Having only seen one episode, I know as much as you do about where it’s going, but one can see the “Lord of the Flies” framework being put it in place. Interest in how a society would change if it only consisted of the young—an admittedly clever concept—depends on characters with whom the audience wants to be invested, especially given the inability to just “power through” the six episodes instead of coming back week after week.

In the premiere, almost all of the dialogue is depressingly on-the-noise, as each character defines their cliché with a few lines and looks more sullen before the adults start dying. McCurdy has shown charisma before, but she’s saddled here with the snarky, “Juno”-esque, wiser-than-her-years teen, and she becomes nearly unbearable almost immediately. As does her smarter-than-his-teachers friend, the one who will clearly figure out what’s going on in Pretty Lake before anyone else. “Between” is all concept—characters, production values, thematic depth, and the other things that flesh out a sci-fi idea beyond its genre trapings are flat, dull and unengaging. When one of the residents of Pretty Lake is asked “Where do you think you’re going” and responds “Anywhere but here,” I could relate.