It must be tough being a network executive in the ‘10s. For years, channels like ABC and NBC led the way in programming, but now the broadcast leaders seem to always be a few years behind the cable ones. And with the increasing speed of the cycle of entertainment, being a follower is even more detrimental to creativity. Instead of pioneering dramatic television, the networks are either giving in to serial franchises (the Chicago Television Universe) or trying to capture lightning in a bottle twice. While it’s understandably tempting to sit around a boardroom table and ask writers to come up with the next “The Walking Dead” or “Mad Men,” failures like “The Exorcist” and “Pan Am” show the folly of this kind of thinking. Starting this Friday, we can add “Emerald City” to this pyre of copycat missteps. 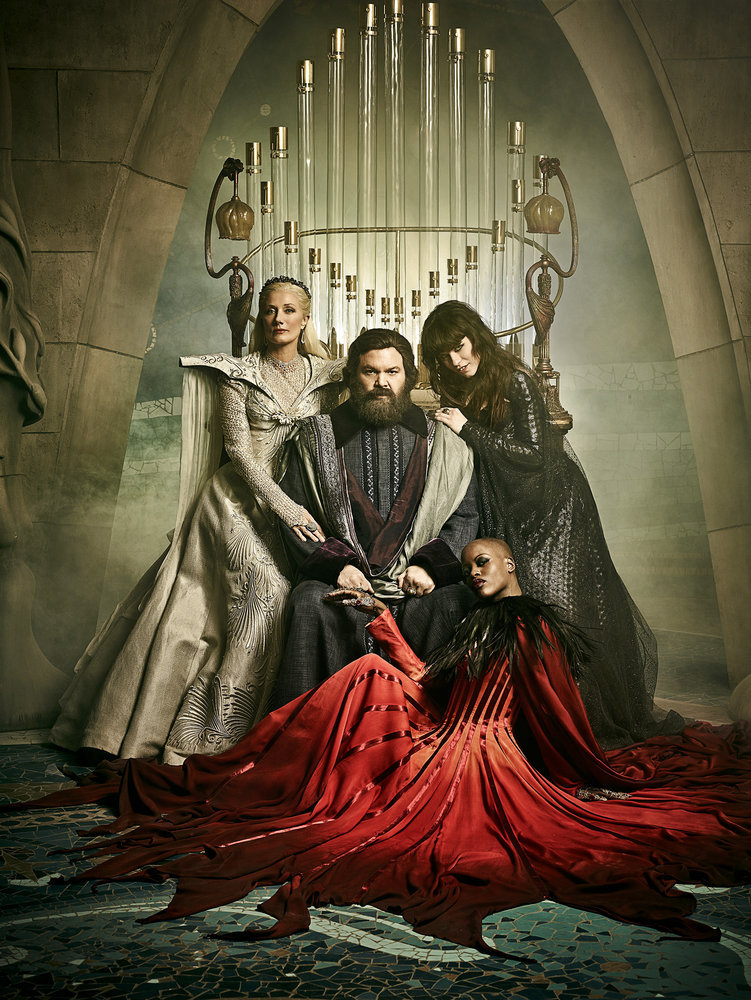 “What if we made 'Game of Thrones' but used the template of L. Frank Baum’s Oz books?” Welcome to “Emerald City,” a show that owes more to HBO's Emmy-winner than any musical version of “The Wizard of Oz.” Taking the political allegory reading of Baum’s The Wonderful Wizard of Oz and merging it with the complex mythologies of George R.R. Martin’s novels isn’t a bad idea on paper. There’s clearly more than enough depth to the universe Baum created to justify turning it into an intricately plotted fantasy series, and taking a more serious approach than ABC's "Once Upon a Time" is a good idea. It's an ambitious concept, but it requires a depth of screenwriting and production values that this show can’t bring to life. Basically, "Game of Thrones" is not a show that can be easily mimicked.

Dorothy Gale (Adria Arjona) is a 20-year-old Kansas woman swept up in a Network-Caliber CGI tornado while taking cover in a cop car. She's dropped in a snowy forest, where she runs over East (Florence Kasumba), who looks kind of like “A View to a Kill”-era Grace Jones. She then encounters a group of fur-wearing, bearded gentlemen who look vaguely like Pacific Northwest Indigenous People—the show’s reimagining of the Munchkins as burly warriors. They don’t sing “The Lollipop Guild”; they try to drown Dorothy as a witch, for only a witch could kill another witch. Of course, it’s not long before Dorothy is off to find the Emerald City, this show’s version of King’s Landing, while stories of a great evil on the horizon hang in the air. Winter is definitely coming. But first, Dorothy meets a man bloodied and battered and hanging on a cross. They call him Lucas (Oliver Jackson-Cohen), but he should have been called Jon Scaresnow.

“Emerald City” spends as much time away from Dorothy as with her, detailing a struggle for power in the title location, centering on the wig-wearing Wizard, played by the always-interesting Vincent D’Onofrio (easily the best thing about this show). Of course, we also have to meet West (Ana Ularu) and Glinda (Joely Richardson), but they’re far from the versions you’ve come to expect of these characters.

The fact that the design of “Emerald City” is so blatantly ripped from “Game of Thrones” means one is going to more easily notice where this iteration comes up short. And it’s everywhere. The production values are inferior to not just HBO but even a lot of comparable network mini-series and the ensemble is mediocre as best. There are no dragons, no stakes in which to invest, and no Peter Dinklage.

The main problem is that “Emerald City” takes itself so damn seriously. Even “GoT” knows to throw a sense of humor (usually Tyrion) or imaginative fantasy (usually dragons) in with its political machinations and dense plotting. “Emerald City” starts off promising, but gets weighed down with its flat dialogue and boring characters. Yes, believe it or not, this is a version of Oz that's just boring. As hard as Arjona tries, Dorothy isn’t a character—she merely reacts to what’s around her—and when the actress is given a chance to develop one in dialogue scenes with Jackson-Cohen, the writing doesn’t work. And scenes within the title location are in even more need of a rewrite.

Although it probably already had a bunch. "Emerald City" went through several creators over the years, spawned by Josh Friedman (co-writer of the 2005 “War of the Worlds” remake), who then left due to creative differences, and one can sense that it became more of an obligation than an inspired creative endeavor. Someone had to check off “The Next 'Game of Thrones'” from the NBC boardroom whiteboard.