What will come of network TV in the summer months? As the very concept of the repeat airing becomes a thing of the past thanks to On Demand viewing and DVRs, one would think that networks like NBC would look to the months between May and September as a real opportunity to promote their new Fall shows and use it to take some creative risks. And yet instead of using this season as a chance to try something new or expand the market in an interesting way, the nets have basically ceded the warmer months to cable. Pick up a Summer TV Preview and you’ll read capsules on "The Leftovers" (HBO), "The Strain" (FX), "The Last Ship" (TNT), "Halt and Catch Fire" (AMC), the final season of "True Blood" (HBO), or any number of returning shows on USA (like "Graceland" and "Suits"). What won’t you read? Pretty much anything about network TV shows. And yet NBC has three new programs premiering in the next week, some with serious star power. Why aren’t they getting any buzz? Because they’re not good. Not a one. Instead of using the Summer season as a risk-taking, creatively fertile time, NBC is using it as a dumping ground, burning off shows that aren’t worth your time before they get to the ones they hope you will invest in this Fall.

The one thing these shows have in common other than the fact that they will get heartbroken fans tweeting about the fact that NBC cancelled "Community" and/or "Revolution" but airs this junk instead is that they all prove a sad truth: there are more talented TV actors than writers. All three feature relatively strong performers trapped in clichéd nonsense. Pick your least favorite, in order of premiere: 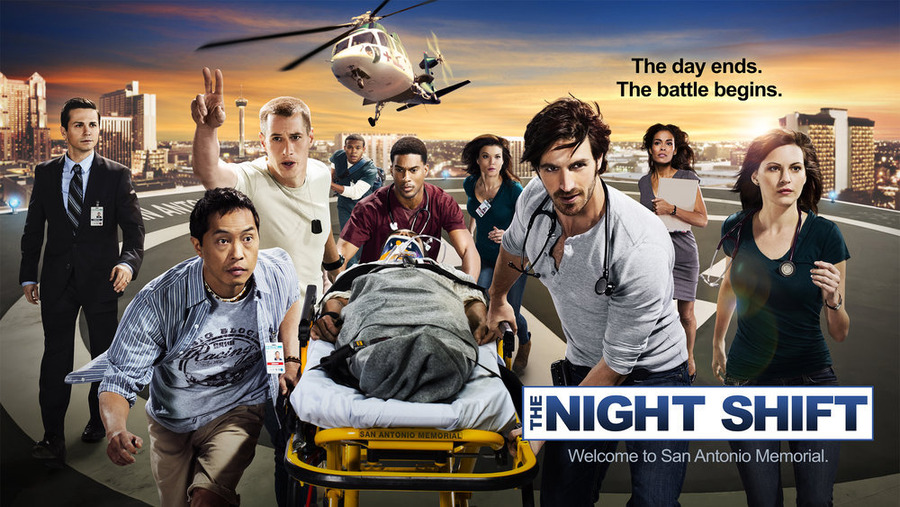 The next time that a producer of a feature film needs a parody of televised medical drama, they may as well just show a few scenes from the premiere of "The Night Shift," a program so clichéd that it almost seems like a joke. It’s like the writers took turns spinning a wheel of med show tropes from the manipulative "dying kids" subplots to the health care crisis issues to the administrators who value money over lives to the storm that’s coming at just the wrong time to the infighting on the staff to the potential romance on the staff to gay equality..and back around the wheel we go again. At one point, an administrator is yelling at a doctor about a costly procedure while another near-death patient is being wheeled into the hospital in the middle of a storm. Even the most forgiving TV viewers will roll their eyes. My notes on the premiere became a series of medical drama touchstones—"veterans; admin problems; kids in trouble; storm coming; fist fight; health care issues…and do it all again." It actually makes one appreciate how a talented writers’ room can navigate a genre that’s become weighed down with clichés such as how the staff of "Chicago Fire" can often make the familiar seem engaging. The cast here is decent, especially Flint and Rodriguez, but the writing is unforgivably bad.

The often-reliable Bill Lawrence ("Scrubs," "Cougar Town") makes some baffling decisions in his latest comedy, essentially a riff on "Two and a Half Men" with a free-living bad boy a la Sheen being comedically partnered with a more uptight fella a la Cryer. The former is Danny Burton (Chris D’Elia), the latter Justin Kearney (Brent Morin). Neither are remotely funny. Again, like "The Night Shift," we have a show that doesn’t just traffic in clichés, it pushes them in your face and dares you to look past them. "Yes, we know you’ve seen this before, but PLEASE laugh again." Jokes don’t just hit the floor with a thud; they do so in slow motion with a laugh track behind them. D’Elia has decent timing, although his style doesn’t seem to mesh with the rest of the cast, but Morin falls completely flat. There’s no one to care about, no laughs, and nothing that you haven’t seen before. 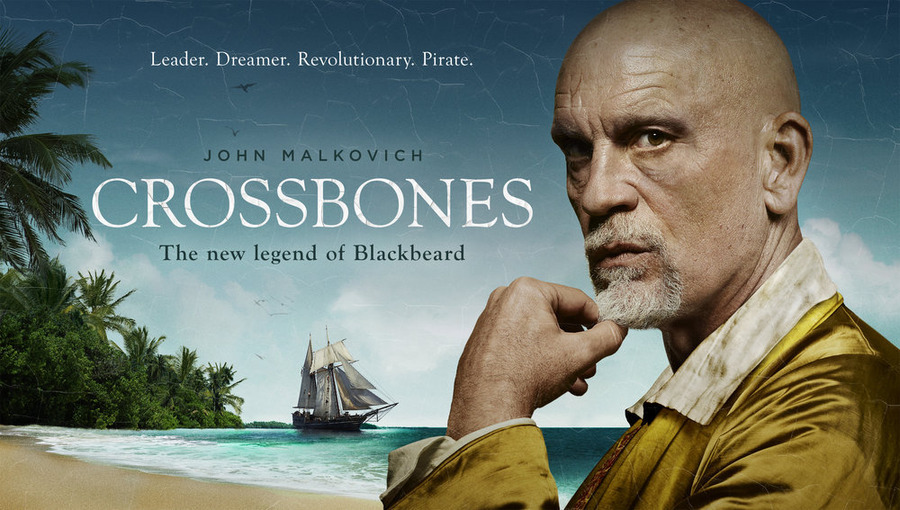 Which brings us to the most intriguing—and in a very low bar to jump over, most successful—of the trio of new NBC shows, "Crossbones," a pirate drama starring a scenery-chewing John Malkovich as the legendary Blackbeard. The Oscar-nominated star clearly relishes the opportunity to deliver his own riff on an exaggerated character a la the supporting roles played by Geoffrey Rush or Bill Nighy in the "Pirates of the Caribbean." Right from his first line, delivered in an undefinable and somewhat mesmerizingly awful accent, one can tell that he’s going to be the most interesting thing about "Crossbones." Sadly, he’s the ONLY interesting thing about "Crossbones."

It’s 1729 and Blackbeard, also known as Edward Teach and denying his legendary nickname, has built his own community of pirates on Santa Compana. In the premiere, Blackbeard’s men have their sights on a device known as the Longitude Chronometer, which would impact piracy greatly as it would allow ships lost at sea to track their location and more easily find Blackbeard’s hideouts. The pirates attack a ship that happens to house Tom Lowe (Richard Coyle), an English spy who has been tasked with keeping the Chronometer from falling into the wrong hands. Lowe goes deeper undercover when he’s captured by Blackbeard, telling the pirate that he’s willing to help him but secretly planning to kill the King of the High Seas.

Too much of "Crossbones" takes itself overly seriously, especially when Malkovich is off-screen. Serious music, serious glances, serious lines, serious people—it’s a "Pirates of the Caribbean" movie without Jack Sparrow. And it's shot with such dull, flat style. This is a concept that needed a larger-than-life aesthetic to match its star. And yet every time "Crossbones" threatens to completely disintegrate, Malkovich brings some of his talent to a show that doesn't really deserve it. When he says, "If there’s one thing I know, it’s how to spread a legend," it’s hard to tell if it's Blackbeard defining his legacy or John himself describing this over-the-top performance.