Coming off one of their biggest Emmy nights in history, in which they won Best Drama (“Game of Thrones”), Comedy (“Veep”) and Limited Series (“Olive Kitteridge”), HBO would seem to be in the driver’s seat of quality television. Sure, “True Detective” took a tumble and “The Brink” was horrendous, but shows like “Silicon Valley” hint at a rosy future. One of the most interesting questions swirling around HBO is how “The Leftovers” plays into this future. Will it be a cult hit like “Carnavale” or breakout like “Six Feet Under”? At the same time, Showtime has to wonder about the fate of “The Affair,” another sophomore series that certainly had more buzz in its freshman year than “The Leftovers,” winning multiple Golden Globes, but was a total no-show at the Emmys and people are vocally concerned about where it could possibly go in season two. Both shows feel like they’re at a crossroads. The good news is that each program has enough going to carry viewers at least over the first few episodes, even if they both sometimes lack the confidence and decisiveness to make that leap from good to great. 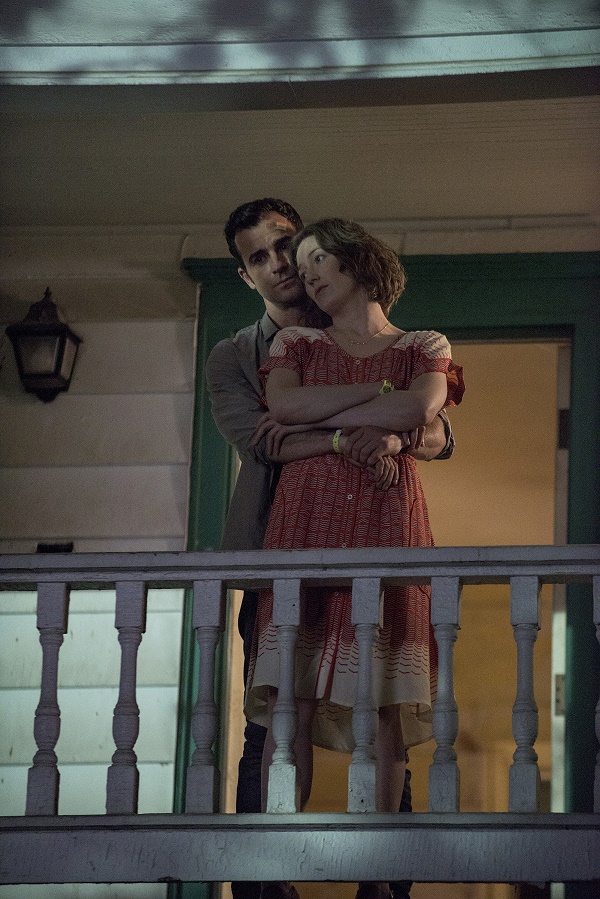 Let’s start with “The Leftovers,” returning October 4th at 9pm EST in an iteration that will, at first, feel distinctly different from the show that departed last summer. Over three years ago, 2% of the world’s population simply disappeared. Was it the Rapture? No one knows. 140 million people just took off. The first season, based on Tom Perrotta’s novel, explored the impact of tragedy and the damage caused by faith and regret. What were faithful people not chosen by God to do? How could those left behind by loved ones just go on? The world could never be the same. While there were clearly several thematic alleys to explore, the first season often felt unfocused and inconsistent.

From the very first episode of season two, there’s renewed confidence in “The Leftovers.” It takes a certain degree of nerve to open a second season with entirely new characters, but that’s what happens during the majority of the S2 premiere, as we meet the Murphy family, a quartet who lives in Jarden, Texas, one of the most famous places on Earth. Jarden’s population before the “Departure” was 9,261. After the Departure? 9,261. They were the only place that saw no departures. Why? Is there something special about Jarden? People now flock there just to drink the water from the spring and see this now-biblical place for themselves. Showrunner Damon Lindelof and Perotta use the very concept of Jarden effectively, commenting on how easily tragedy can be turned into tourism and how strongly we need to hold on to some hope that the unimaginable won’t happen again. 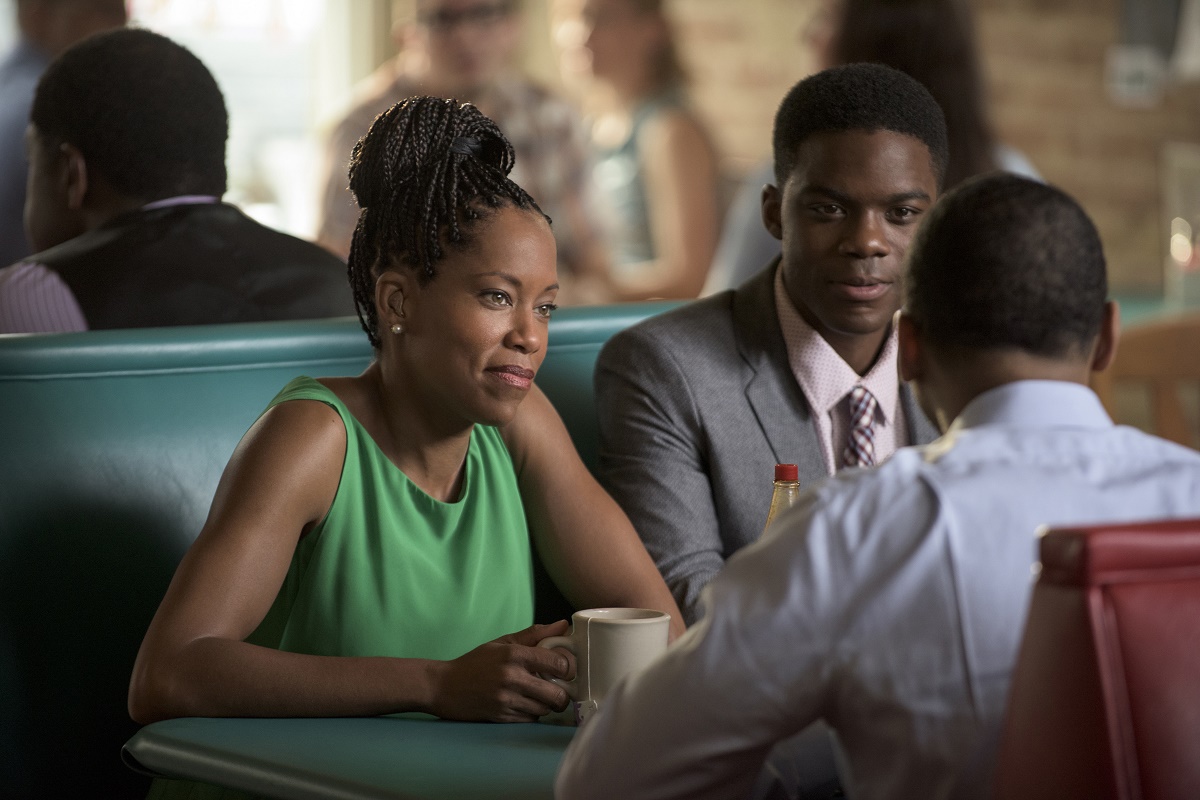 As one might imagine, the Murphys have some issues. John (Kevin Carroll) is a volunteer firefighter with a dark secret, who makes a fascinating counterpoint to his son Michael (Jovan Adepo), a fledgling religious leader in this community. Daughter Evie (the incredibly natural Jasmin Savoy Brown) is the kind of adventurous and daring child who exists in places that were spared tragedy. It didn’t happen here. So she’ll be fine. Erika (the always-great Regina King) holds the family together, and welcomes their new neighbors at the end of episode one, the Garveys. After the drama at the end of season one, Kevin (Justin Theroux), Nora (Carrie Coon) and Jill (Margaret Qualley) have moved to Jarden for a fresh start, following Nora’s brother Matt (Christopher Eccleston), who has already relocated with wife Mary (Janel Moloney). Meanwhile, Laurie (Amy Brenneman) and son Tom (Chris Zylka) have left the Guilty Remnant and are trying to help others escape the cult’s grasp.

The first three episodes of season two of “The Leftovers” both expand on the concept while focusing the show’s vision—they actually take place over the same period of time with varying perspectives/protagonists (John Murphy in the first, Kevin Garvey in the second, Laurie Garvey in the third). The dialogue feels more relaxed, allowing the actors to more confidently play characters instead of thematic mouthpieces. It still gets a bit muddy sometimes—you can’t use a violin version of “Hallelujah” in this show—and episode three hints at that lack of focus from season one, but I’m more willing to go along for the complete journey than last year. “The Leftovers” has matured, becoming more about how good can come from awful, how we cannot linger in pain, and not just wallowing in grief and regret but identifying it and moving forward. There’s a scene near the end of episode three that is clearly a direct, angry response to critics looking for more emotion and logic in “The Leftovers.” By that point, based on the ingenuity and confidence or what had happened in the previous two episodes, it really feels like Lindelof and company have earned it. I’m anxious to see where they go next. 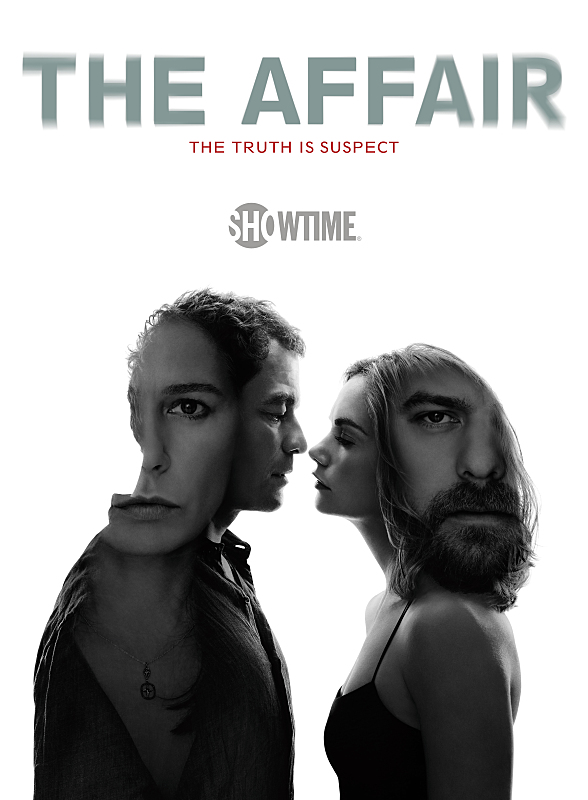 On the other hand, after the season two premiere of “The Affair,” also airing Sunday night, I was nearly ready to give up. Episode two is significantly stronger, and the cast here is committed enough to keep me interested, but if they keep up the same structure all year I may just watch every other episode. The dual perspective concept from season one, in which we watched an affair blossom from different versions of the past, has been expanded to include the two supporting characters from season one, the jilted exes. So, the first episode features the fall-out/divorce from the affair of season one as seen through the eyes of first Noah (Dominic West) and then Helen (Maura Tierney). The second episode pulls a similar trick with the far-more-interesting Alison (Ruth Wilson) and Cole (Joshua Jackson).

Making the life-changing impact of infidelity as dramatically engaging as the sexy, early days of an affair is a tall task for any program, and the season premiere of “The Affair” is likely to leave fans looking for something scandalous simply depressed. It doesn’t help that the divorce scenes sound remarkably scripted. Does any dad really tell his kids he has Yankees tickets to help ease the pain of mommy and daddy breaking up? This only happens on TV, right? Instead of different interpretations of the nascent days of a relationship, we get variations on a divorce mediation. Ugh. The former offered insight into how men and women see dynamics of romance and sexuality. The latter is just depressing—she’s awful in his version; he’s awful in hers. Woohoo. And it doesn’t help that Helen’s new boyfriend and mother are caricatures. Tierney and West do their best, but the script for “The Affair” 2.1 is too deeply flawed to ignore.

Alison’s arc, which doesn’t come into play until episode two, is far more engaging. In fact, the entirety of episode two makes up for a lot of the mistakes of episode one, allowing Wilson to continue her grounded character work and giving Jackson his best material to date as a man exhausted by life. It almost feels like the writers are more interested in Alison and Cole. And it’s hard to blame them.

So, what’s the verdict? Did HBO and Showtime avoid the sophomore slump? Here’s the dirty secret of TV criticism—it’s too soon to tell. I have more hope for “The Leftovers,” as the first three episodes really display the confidence we’ve come to expect from HBO, whereas “The Affair” feels like it’s still trying to figure out exactly where it’s going next. But that prognosis could change in a month. Or both shows could stay where they really are now—occasionally great, occasionally frustrating programs that fall short of the best their networks have to offer.