HBO’s “Vinyl” is about a man struggling to keep the rapidly-deteriorating elements of his life from completely slipping through his fingers. His marriage is in shambles, his cocaine addiction has dominated his life, his business is being torn apart, a crime committed in the premiere will hang over him, and the music scene in which he once seemed a major player is zipping past him into a new era. It is not coincidental that the premiere, directed by Martin Scorsese, opens and closes with the New York Dolls’ “Personality Crisis.” Richie Finestra (Bobby Cannvale) is deep in one, and the show about him flirts with some identity issues as well. At times, it’s a riveting examination of a formative chapter in music history through the bloodshot eyes of a major player in it, reminiscent of “Mad Men” in its period detail and even recalling “The Sopranos” in its depiction of a man sometimes torn between business and family. At other times, it feels unsure of itself, flitting from character to character without grounding enough of the supporting ones to make them memorable. It can sometimes be a collection of great scenes that don’t quite coalesce into a great show, like an album with stand-out tracks that you don’t really want to listen to from first song to last. “Vinyl” is undeniably interesting and worth watching, and could easily iron out its pacing issues and inconsistencies, but only if viewers are willing to endure a personality crisis or two.

Richie is the founder and president of American Century Records. In the opening scene of Scorsese’s 113-minute premiere, he's parked in an alley separating lines of cocaine with a police officer’s business card he just ripped off his window. “Vinyl” flashes back to how Richie got here. It’s been a rough few weeks. With his business partners, including Ray Romano’s Zak Yankovich, Finestra is planning to sell American Century to a German company, but they need to sign Led Zeppelin first. His marriage to Devon (Olivia Wilde), a former model and player in Andy Warhol’s scene, is on the rocks. And he’s just trying to find that spark that got him into music in the first place. He also recently spotted a former client named Lester Grimes (Ato Essandoh), and memories of how he stepped on the first artist with whom he fell in love to climb the corporate ladder are haunting him. It’s time for drastic change in Richie’s life and at his company. They’re going to find that spark again, possibly even in a new punk band called The Nasty Bits, who have been discovered by a young assistant named Jamie (Juno Temple). 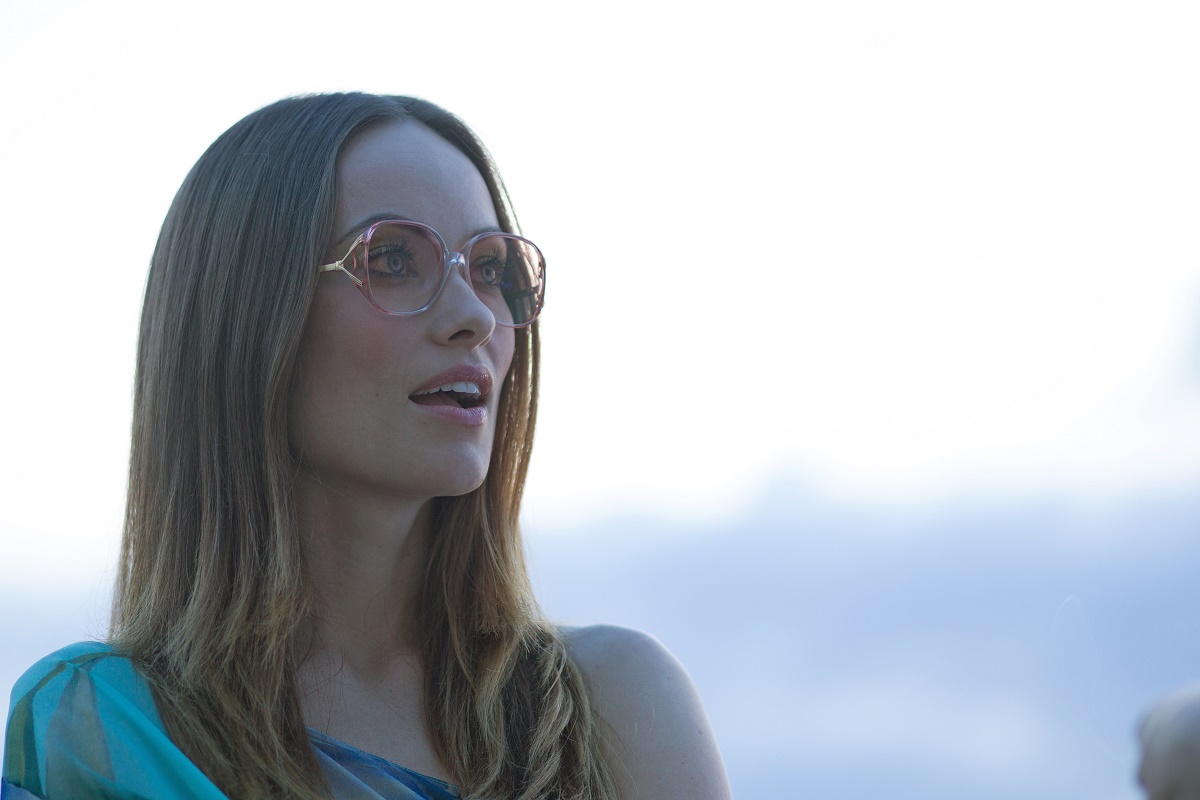 The premiere of “Vinyl” really takes its time to set up its characters, and, more importantly, the swirling mix of music of its era. At times, it can feel as if it's frustratingly more about the scene than the people within it. “Vinyl” jumps from punk to blues, spinning from Bo Diddley to New York Dolls to Led Zeppelin and back again. It contains flashbacks within flashbacks, blending music, drugs, sex, violence, etc. until you almost feel as high as Richie. There are times when it feels like you’re watching a party instead of being invited to one, but “Vinyl” is still one hell of a bash, and Scorsese’s pilot is arguably the least accessible of the five episodes available to the press (largely because of its demanding running time). Once the characters are introduced and the pace tightened, “Vinyl” becomes a relatively straightforward, entertaining, behind-the-scenes show, and those looking for Scorsese’s trademark brilliant use of music should know that the tunes become more familiar as the show goes along. By the time you get to episode four, it’s practically a classic rock greatest hits (I think they went from Janis Joplin, Pink Floyd, The Who in one five-minute stretch).

While “Vinyl” gets more accessible and interesting as we get to know its characters, it’s still hard to shake two things. One, it falls victim to romanticizing its darker edges. Sure, everything is falling apart, but at least we still get to hang out with Alice Cooper and The Velvet Underground. Two, the “anti-hero who finds his way” concept is getting undeniably worn out. Cannavale is typically excellent but do we need another character like Tony Soprano, Don Draper, Walter White, etc. in today’s TV landscape? And, right now, Richie is a bit too much of a victim of his surroundings. Five episodes in, I don’t feel like I really know him, even like I did a Nucky Thompson at this point in HBO's “Boardwalk Empire.” Again, the team behind “Vinyl,” including the great Terence Winter, have never been known to rush things. They could be playing a long game with Richie’s character development in a way that will make his arc deeply rewarding by the season finale; I can only comment on the thinness and over-familiarity of the character based on what I’ve seen. It's entertaining as hell but there's a bit of a character vacuum, even at the center.

What happens when you live a life of excess and the money starts to run out? What happens when you build your life around what’s new and can no longer find the next big thing? “Vinyl” is about how much we take from others, so it makes some sense that it takes from TV and music history, stealing from legendary rock anecdotes about the behavior of people like Warhol and Cooper and Plant, while also feeling familiar to fans of “The Sopranos” and “Mad Men.” Great rock music doesn’t need to reinvent chord structure—it just needs to find the right ones to play. After five episodes, “Vinyl” sometimes feels like it’s still just warming up for the songs that will bring the house down, but I’m not leaving this show any time soon.