Despite some broad characterizations and a few narrative twists that feel overly highlighted for maximum thematic effect, NBC’s “The Slap” (debuting Thursday, February 12th) is surprisingly effective overall thanks to the remarkably talented ensemble and the willingness of a network to try to play along with the new competition in their field. “The Slap” feels far more like a series that one would find on Netflix or cable than network television with its cast heavy with film actors and exploration of themes that can’t be tied up in 44 minutes plus commercials. If anything, that’s going to be the show’s biggest problem. It feels like something viewers who are interested in will want to binge. Netflix has spoiled us.

Hector (Peter Sarsgaard) is a family man, happily married to Aisha (Thandie Newton), and proud father of two. Yes, he’s a little more flirtatious with his young co-worker (Makenzie Leigh) than he should be, but he’s approaching his 40th birthday relatively healthy and happy. Or is he? He didn’t get the promotion he and his wife were hoping for. His Greek parents (Brian Cox and Maria Tucci) don’t think he stands up for himself enough at home. And, well, the flirtation with a girl half his age, who happens to be his nanny as well, could end in disaster. 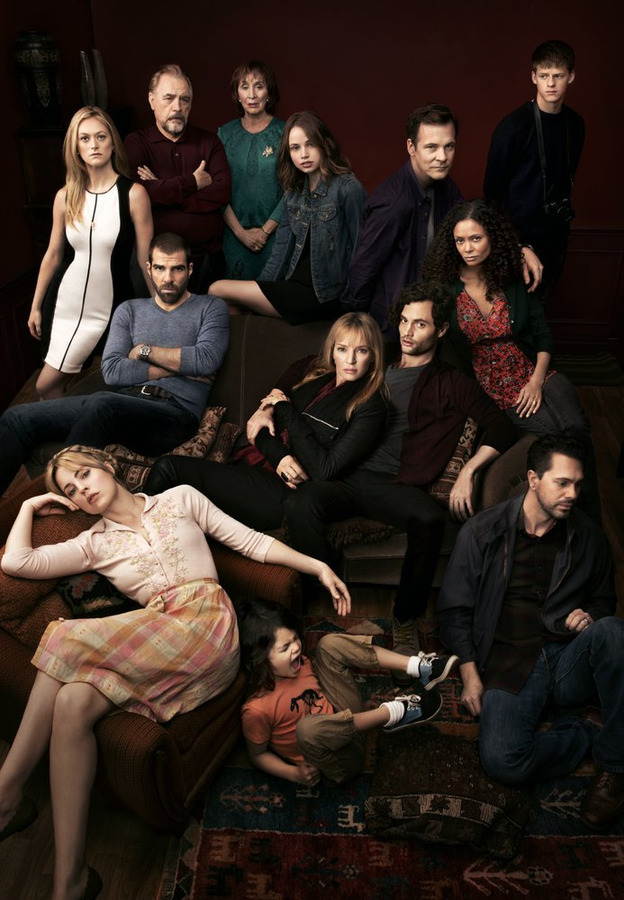 On his 40th birthday, Hector and Aisha throw a BBQ. Guests include the uber-wealthy and smarmy Harry (Zachary Quinto), who honestly believes that he who dies with the most toys wins. Harry tells his son “There’s a difference between being on the winning team and actually WINNING.” Fletcher from “Whiplash” would tell this guy to ease up. But he’s a success. And he sees his cousin Hector as lesser. He sees everyone as lesser. He definitely sees Gary (Thomas Sadoski of “The Newsroom”) and Rosie (Melissa George, who played the same role in the Australian series on which this is based) as lesser. Gary and Harry are on opposite ends of life, politically and in terms of child-rearing. Harry sneers as Gary’s son Hugo runs rampant over the BBQ, tearing apart the flower garden before getting his hands on a baseball bat, which he begins swinging both willy and nilly. When Harry pulls it from Hugo’s hands, the kid kicks him in the shin. Harry slaps him. This one act sets in motion a string of events that will disrupt the fabric of Hector’s family, Harry’s family, Gary’s family, and a number of people in between.

Instantly, “The Slap” doesn’t quite feel like it belongs on network TV. In one of the show’s more daring decisions, the program actually has a literary narrator, someone who omnisciently speaks on character motivation and not just plot with flowery language like “His few transgressions existed only in his dreams.” It’s a risky move, but I like the recognition that we’re watching a social experiment from the safety of being removed from it—he’s almost the guide at the zoo while we look through at the animals on display. I almost wish they used it more.

A few of the character beats in “The Slap” feel exaggerated in screenwriting terms to drive differences home. Does Hugo really have to breastfeed at a far-too-advanced age? It telegraphs a bit of instability at home and smothering/spoiling on mommy’s part that feels too easy. It would be more interesting if Hugo wasn’t a spoiled brat. What if Harry just snapped on an otherwise-normal kid? The best of “The Slap” feels like the jazz that Hector loves, riffing on themes instead of hitting them directly on the beat.

It helps to have good to great performances all around. Quinto has just the right balance of confidence and insecurity. He is a successful, fit, powerful man but Quinto shades him with just a touch of something inside him that recognizes he’s made mistakes, both with his kid and perhaps with Hugo. It’s a really good performance. Sadoski, Uma Thurman, Cox, George—this is a GREAT cast when someone as talented as Newton essentially blends into the overall fabric of the piece over the first two weeks. And Sarsgaard is always good. He should have gotten more attention for his work on “The Killing.” Maybe he will here.

Maybe not. I have a tough time believing audiences will be patient enough for “The Slap” to unfold. They weren’t for FOX’s “Gracepoint.” The days of the event mini-series on network TV are getting harder to sell to audiences that will be able to binge an entire new season of “House of Cards” before “The Slap” is over. Maybe then they’ll come back to “The Slap” to see how it plays out once all eight episodes are available. I know I’m curious to see where it goes and happy that network TV is trying, even if I have my doubts that the effort will connect.