"Get the Gringo" is available on DirecTV. A wider VOD release, along with DVD and Blu-ray releases, will follow later this year.

"Inmates with guns, that's kinda new," Mel Gibson's Yanqui with No Name (or fingerprints) growls in "Get the Gringo." "I've got a lot to learn about this place." And there is a lot to learn about El Pueblito, a Mexican prison that makes Shawshank look like Otis Campbell's quaint little cell on "The Andy Griffith Show." 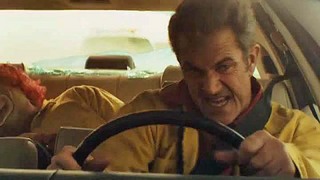 Never mind how he got there, it's how he's going to get out that gives "Get the Gringo," formerly titled "How I Spent My Summer Vacation," its Peckinpah-flavored juice. It's potent stuff: gritty and grungy, but not without hard-boiled humor. With a nod to the late Dick Clark: It's got good beatings and you can dance to it, depending on your taste for mariachi music. I rate it a 7.

Gibson, who co-wrote the film, is in his element as an anti-hero in "Payback" mode. He's gone to the trouble to steal a great deal of money, it's been taken from him after he's crashed his car (while clad in a clown costume, no less) into the border wall, and he wants it back. So far, so Mel. 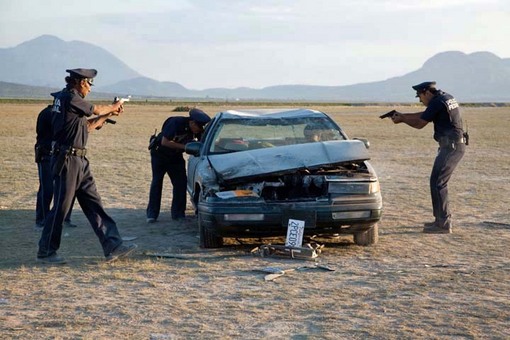 But now, as they say, for something completely different. He's been dumped into El Pueblito, a teeming hellhole which is aptly described as either a prison or the world's (worst) mall, in which the inmates have taken over the black market asylum. From Coca-Cola to heroin, "You can buy anything," one character states, "except your way out."

Driver* (as he is identified in the credits), like Porter in "Payback," coolly and watchfully works the angles and keeps one step ahead of the real bad guys, with which "Gringo" is densely populated. There are the crooked Mexican border police who grab his loot, a corrupt U. S. Consulate official working both sides of the fence, El Pueblito's kingpin Javi (Daniel Gimenez Casho), the mobster (Peter Stormare) whose money Driver stole, and assorted henchmen. 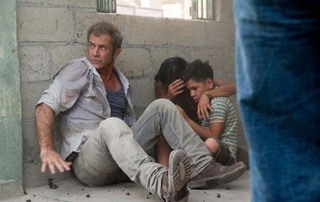 Driver does have the good fortune to make the acquaintance of a 10-year-old boy (Kevin Hernandez, "The Sitter") who lives in El Pueblito with his imprisoned mother (Dolores Heredia). He shows the Driver the ropes, and the Driver vows to protect him from Javi, who has a special interest in the kid (no; not that). 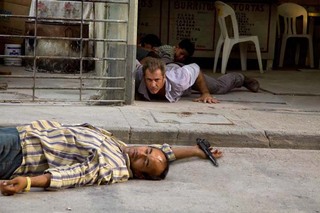 His bond with mother and son is about as conventional as "Gringo" gets. The rest is an unhinged noir fever-dream, viscerally realized by director Adrian Grunberg, who served as Gibson's assistant director on "Apocalypto," and who collaborated on the mondo script along with Stacy Perskie. He may not always keep things straight, but he does keep them moving, immersing viewers in the dirt, squalor and chaos of the place. 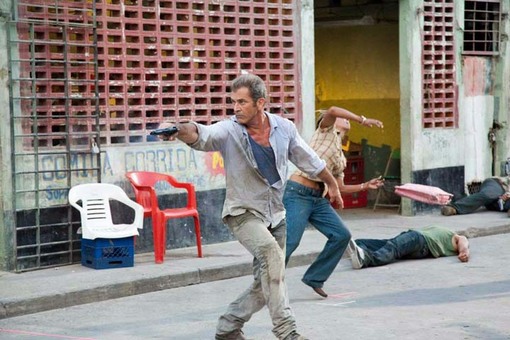 "Get the Gringo" could be a game changer, if not for Gibson's PR challenged career (his last film, "The Beaver," did not break the $1 million mark) then for the way certain movies are distributed. If audiences for whatever reason won't go to see Gibson in theaters, then perhaps for $10.99, they might invite him into their homes. "Many people just like to see things in their homes," Gibson remarked at the film's one-night-only premiere in Austin, which was simulcast to nine other theatres across the country "It's just another way to do it... I think it's the future." 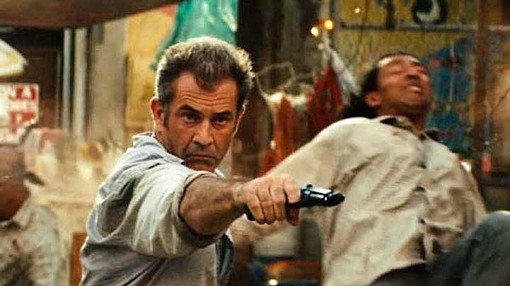 Can those appalled by Gibson's widely reported behavior give him another chance? That's what Entertainment Weekly recently asked its readers. Even subtracting the supportive ones with unfortunate anti-Semitic sentiments, a majority of comments were firmly on Team Mel. "I care about the art, not his personal life," was one of the more reasonable responses. 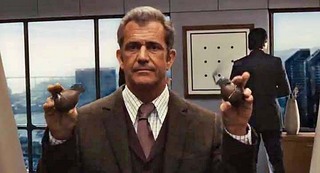 To this day, my wife hasn't fully forgiven Salma Hayek for bad-mouthing Matthew Perry while promoting "Fools Rush In," so I understand why Gibson's tantrums, hateful comments, and verbal abuse are galling and unpardonable to some. Still, you wonder if all this matters to home viewers, who either want to see Mel Gibson finagle his way out of a Mexican prison or do not. It should be all about the work, right?

And "Get the Gringo" is a real piece of work, brutal and boiling with over the top set pieces (a slow-mo shootout in the El Pueblito courtyard, a down-to-the-wire medical operation performed during a prison raid) and absurd grace notes, such as the Driver employing a rather serviceable Clint Eastwood impression to put his revenge into action. 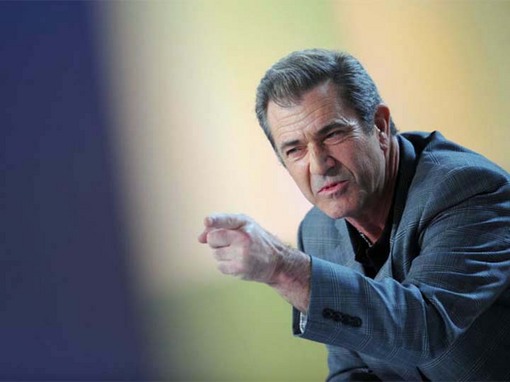 Amateur analysts, too, could have a field day with the Driver's laconic musing that a karmic retribution might await him someday, or wonder if Gibson might have had Hollywood in mind when El Pueblito is described as "small town, big hell."

* Not to be confused with Ryan Gosling's character in "Drive."