“Better Call Saul” is a show beautifully obsessed with detail. It borders on being a procedural at times, as we watch its characters work through the physical and mental dilemmas in front of them. It’s not a show big on montage or cutting corners, and it’s a program that’s brilliant in the way every little thing can matter. It was thematically perfect for both this show and “Breaking Bad” that last season climaxed with drama surrounding the transposition of two numbers on legal documents. Both series have been programs about how choices matter. We’re so accustomed to TV shows that reboot constantly, rarely having plot points that build on each other or impact plot points yet to come. Think about the entire arc of “Breaking Bad”—it all comes from the pilot, from decisions Walter White made in episode one. And “Better Call Saul” is working from a similar template, one in which every decision is impacted by ones made before it. I adore the scene in the second episode of this upcoming season in which Kim (Rhea Seehorn) obsesses over using a period, semicolon, or em dash—and it’s not just because I’m an editor. It’s because it’s the kind of detailed work that is symbolic of why this show is still so damn good.

Of course, the season premiere opens as the previous two season premieres did, with a return to “present day,” post-“Breaking Bad,” in which Saul Goodman is working at a Cinnabon in Omaha. We get more of this than usual, in ways I won’t spoil but that fit thematically with the saga of a man forced to make decisions about what’s right and wrong on a regular basis. “Better Call Saul” is a show about a man carrying the baggage of his con man past and constantly trying to do right but being tempted by the freedom that comes with doing wrong. 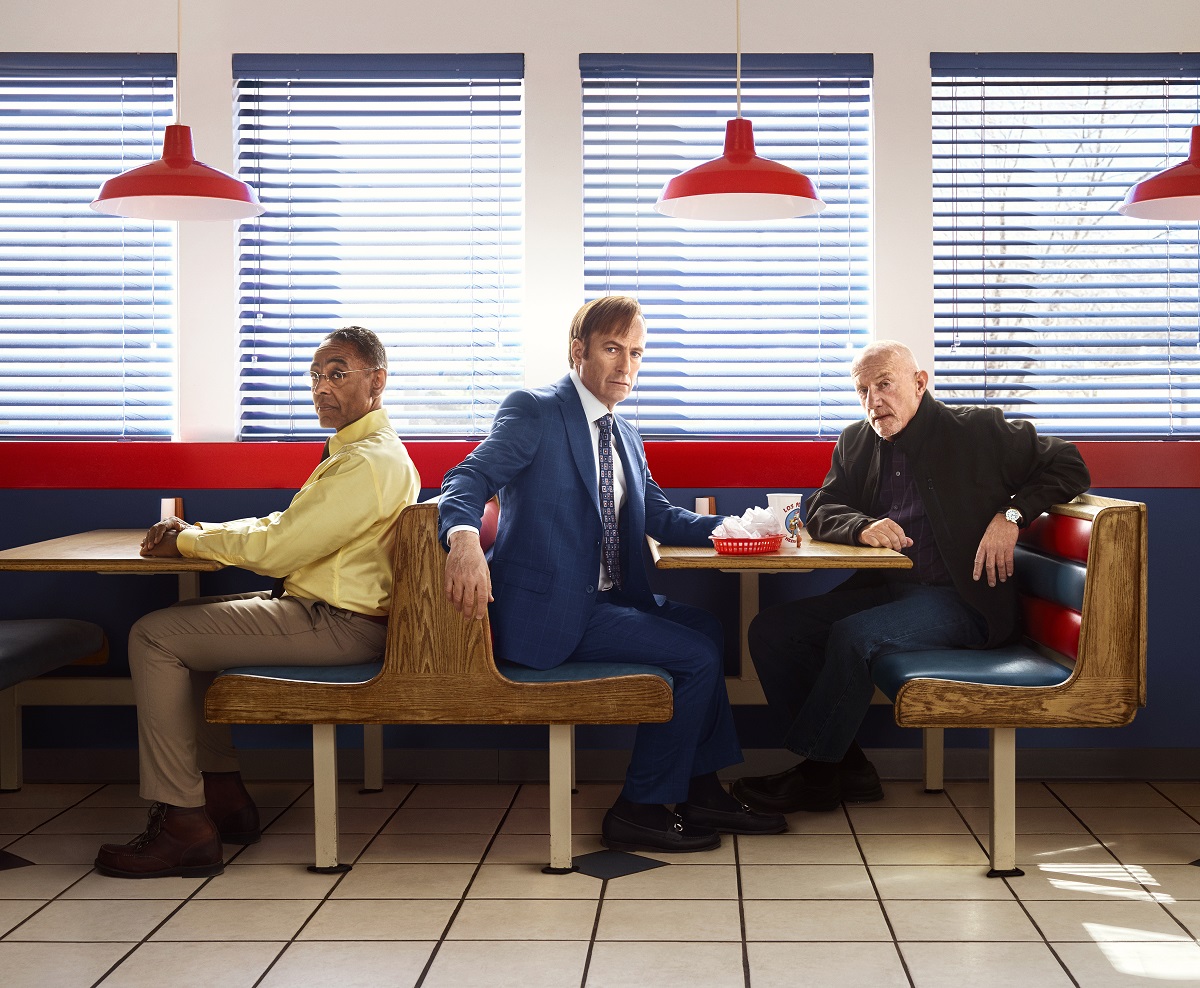 One person that Jimmy McGill (Bob Odenkirk) has tried to do right by is his brother Chuck (Michael McKean), a man allergic to technology and arguably even more allergic to any sign that his brother may be stable and successful. Don’t get me wrong—Jimmy is no saint—but we have learned the depths to which Chuck will go to keep Jimmy down. Suspecting that his numerical malfeasance was killing his mentally and emotionally unstable brother at the end of last season, Jimmy confessed to him, thinking that he was just allaying a brother’s concerns that he was going crazy. We saw in the final scene of season two that Chuck had taped that conversation, and that tape becomes a key plot point at the start of season three as Jimmy and Kim start their own practice. What will Chuck do with the tape? And what does it say about Chuck that he defiled his brother’s privacy in the first place? It’s interesting to consider the roles reversed. Chuck would never transpose the digits and break those kind of legal boundaries the way Jimmy did. He’s too upright a citizen to do that. But Jimmy would never tape Chuck.

While the tape from the end of season two defines the beginning of season three, so does the note that Mike (Jonathan Banks) found on his car. Who’s tracking him? Mike becomes obsessed with getting to the bottom of it, taking his vehicle apart to figure it out. The advertising for the season has already spoiled it, so we know that Mike’s investigation will bring him into the world of the greatest villain from “Breaking Bad,” Gus Fring (Giancarlo Esposito). How Mike and Jimmy became employees of Gus will be one of the most interesting arcs of this entire series, and there’s a visceral thrill to seeing Jimmy/Saul in a Los Pollos Hermanos, especially the way the brilliant, nearly-dialogue-less scene there unfolds. 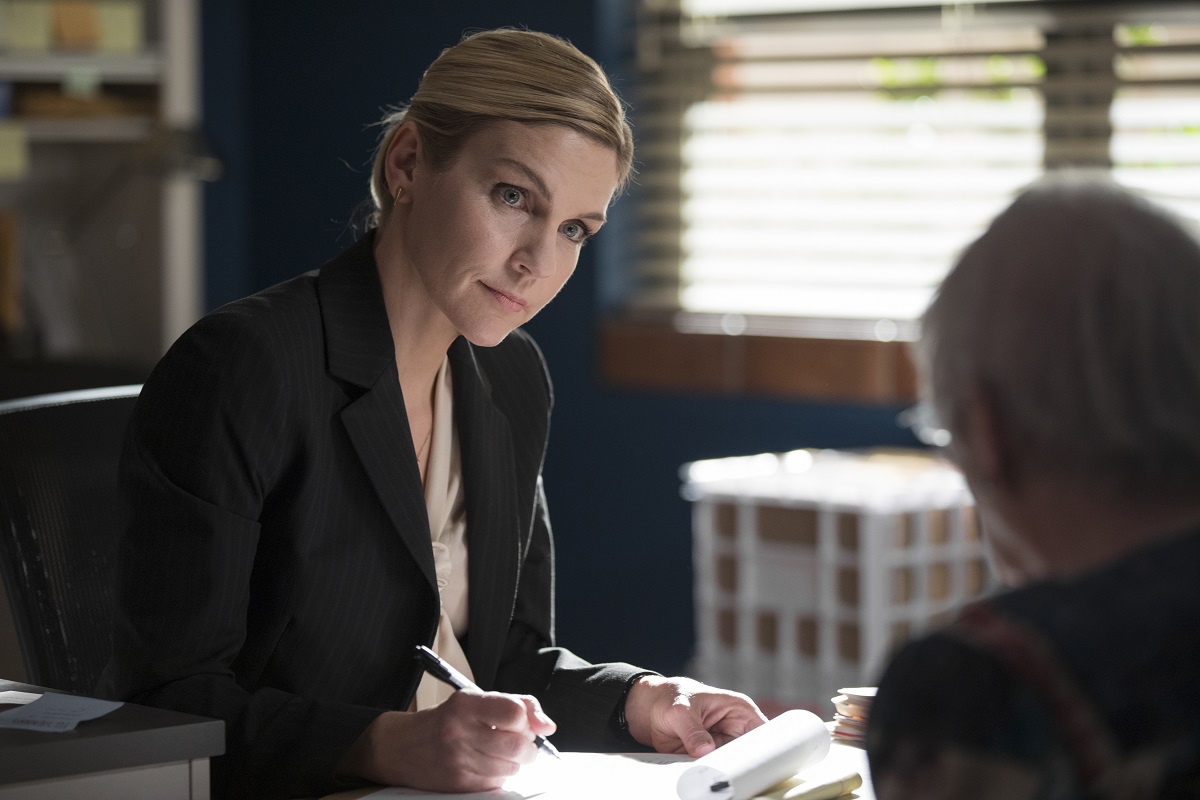 In a lesser series, bringing back Gus might feel like cheap fan service, but the writers of “Better Call Saul” have proven that this prequel was never meant to be a cash-in on the success of “Breaking Bad.” It completely stands on its own, interesting as a companion to “Breaking Bad” but never feeling like an echo or attempt to recreate something that’s been done before. If anything, “Better Call Saul” is actually a more complex show, a program willing to take its time, build its themes, and focus on character more than plot.

Every element of this show remains among the best on TV, but what struck me most about the first two episodes of season three was the deliberate, confident pacing. Not many other shows would take the time this program does with something like Mike’s quest for information. Perhaps it’s because of how much TV feels a need to compete with our low-attention-span iEra personalities that its stand-out dramas defy a quick-cut, plot-packed template. “The Americans,” “Better Call Saul,” the new seasons of “Fargo” and “The Leftovers”—there’s never a sense that these programs are desperate to please or worried about you looking at your phone while you’re watching. They are true only to themselves, and if that means they’re “slow,” so be it. It takes confidence to be certain that your attention to detail will make characters and themes rich enough to work as entertainment after a long Monday. “Better Call Saul" remains one of the most confident shows of this decade.