Tom Perrotta’s best-selling book "The Leftovers" could be most accurately called a "POST-9/11 allegory." It’s not about the unexpected event itself but the aftermath—those days in which we waited for something else to happen, unsure of the state of the new world in which we lived and how it would forever impact our sense of safety and normalcy. It’s a complex thematic milieu for a writer but an even greater challenge for a television program—uncertainty doesn’t often make for the most rewarding TV narratives. Perhaps that’s one of the reasons I find "The Leftovers," premiering on HBO this Sunday, June 29, 2014, frustrating. The sense of unease essential to the novel makes for a program that itself often feels unsure of what it’s doing, where it’s going, or the message it’s trying to convey. With the remarkable talent behind it—including Peter Berg, who directs the first episode, and Damon Lindelof of "LOST" as a creator—it’s surprising to feel a lack of confidence in "The Leftovers," a thematically interesting show that is not quite sure of its creative intent over the first three episodes. A performance here and there; the fascinating narrative of Perrotta’s; the commentary on how poorly human beings deal with earth-shattering change—there are reasons to watch "The Leftovers" and I’m curious enough to keep going through at least the first season, but lower those expectations that this is the next great 2014 TV drama. 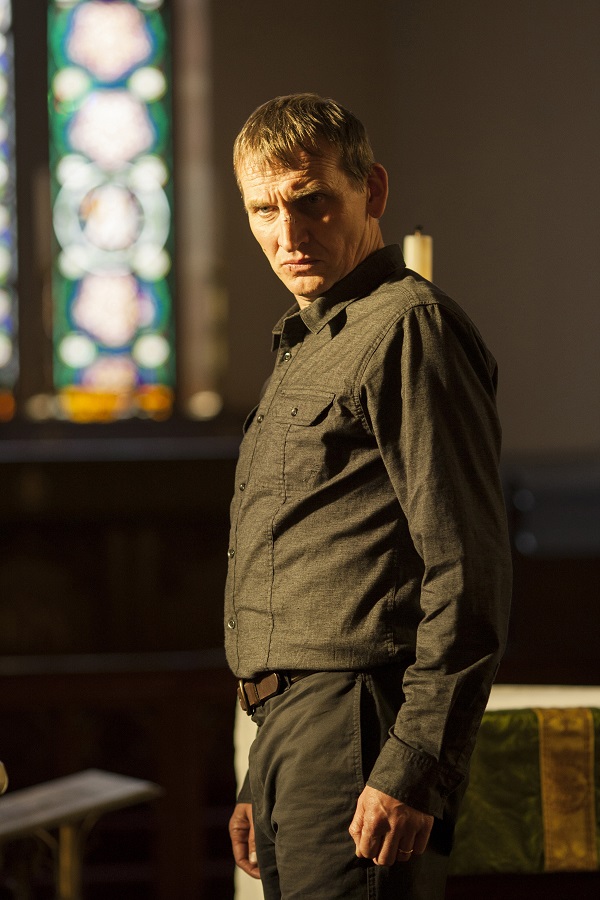 October 14th was the day the world changed. 140 million people, 2% of the world’s population, just disappeared. In the opening scene, a mother named Nora (Carrie Coon) is putting her crying child into a car seat when the crying abruptly stops. The baby is gone, and we will later learn that all of Nora’s family disappeared, making her something of a local icon in the small New York City suburb of Mapleton. Three years later, Nora is the guest speaker at an annual remembrance event called "Heroes Day." Were the people who disappeared on the day of "The Sudden Departure" (public figures are too scared to call it "The Rapture") actually heroes? In Perrotta’s most crucial narrative decision, it’s not as if the folks who simply vanished were the best of humanity. What if The Rapture was random? What if it left the people who devoted their lives to Christ but took Gary Busey? What would that do to a society built on so many tenets of good behavior leading to being one of the chosen?

The center of "The Leftovers" is Mapleton Police Chief Kevin Garvey (Justin Theroux), a man now forced to be a single parent as he deals with the abandonment of his family. He struggles to take care of Jill (Margaret Qualley), a "good girl" who often feels the enticement of bad behavior through her more rebellious friend Aimee (Emily Meade). He’s basically estranged from son Tom (Chris Zylka), who has become attached to a cult leader named Holy Wayne (Paterson Joseph). Cults have sprouted up in the post-Departure world; the most notable being The Guilty Remnant, a group of men and women who dress all in white, don’t speak, and chain smoke. Laurie (Amy Brenneman) was a mother who left the material world behind for The Guilty Remnant when the Departure made normalcy seem irrelevant. The great Ann Dowd plays one of the leaders of the GR and Liv Tyler stars as a woman who could seek to join this group of creepy troublemakers. Finally, there’s the fantastic Christopher Eccleston as Reverend Matt Jamison, a man who has made it his goal to prove the purpose of the Departure and bring faith back to a community that abandoned it. 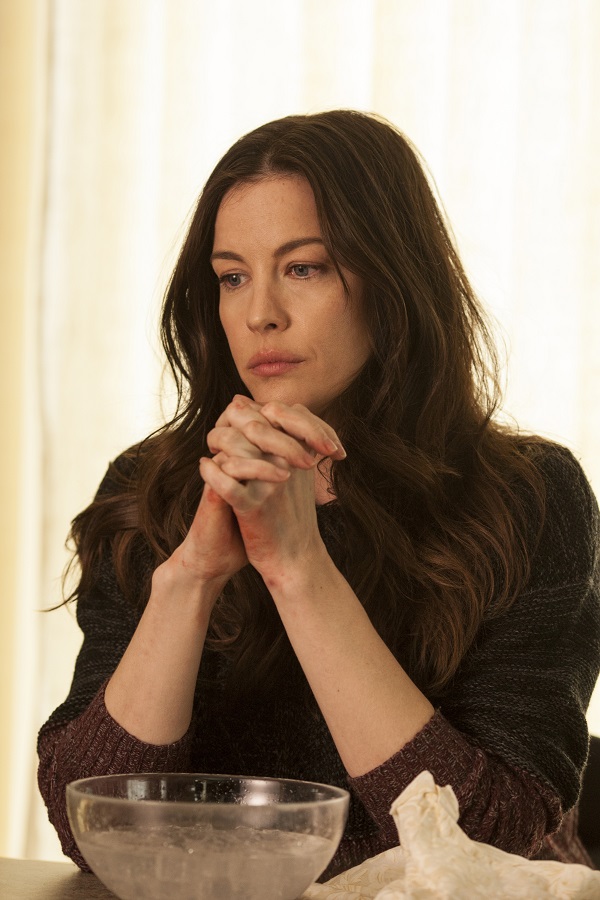 Despite all of this thematic material with which to play, "The Leftovers" often has a complete lack of visual confidence to support it. The show is surprisingly flat, especially after the Berg-directed pilot. Say what you will about its storytelling, "LOST" had consistently striking compositions and a sense of tone in its imagery (it didn't look like anything else on network TV) that’s missing here. It’s almost as if Berg & Lindelof purposefully avoided visual flourishes to focus on character but took it too far in the other direction. A show like "The Leftovers" doesn’t need to be overly stylish but it needs some personality of its own (look at shows like "The Americans" for a program that doesn’t flaunt its look but definitely has one) to be memorable. Even just a striking visual or symbolic image here or there to break up the tedium of a show that essentially becomes a series of talking heads would help deepen the themes of the show and make the overall experience richer.

What keeps the show interesting beyond Perrotta’s set-up is the cast. Theroux is a more-than-capable lead, proving to be a charismatic centerpiece. His scenes are the best in the show. Christopher Eccleston gets arguably the most interesting supporting character and does well with him. Ann Dowd, Carrie Coon, Emily Meade—all very good. The weaknesses in some of the ensemble usually comes from underwritten characters, mostly in both of Garvey’s children.

And I didn’t even mention the charismatic stranger (Michael Gaston) who could be the man who pushes Kevin to see the new world in a different way or the Mayor (Amanda Warren) with whom Kevin butts heads. "The Leftovers" is an ensemble piece in every way. It’s a program designed to come at its theme from a number of angles—religious, familial, societal, etc.—but the multi-voiced approach leads to a lack of consistency at its core. We get little bits and pieces here and there over the first three episodes but don’t really feel like we get to know anyone. I admire that "The Leftovers" is a show about questions more than answers (and Lindelof has made clear to all of you disappointed by the end of "LOST" that you shouldn’t expect your bows tied at the end of this series either) but that makes for tough entertainment. There’s one question that TV showrunners always need to answer and isn’t completely here: Why should I care?