Fandor.com will present "Sleep Furiously" along with the featurette "Sketchbook for the Library Van," for a free 24-hour On Demand window on July 29th. Details here. Also playing Aug. 12-18 at Facets Cinematheque in Chicago.

"You've got to have characters to make a community."

What does it mean to a community when a school shuts down? Here in the U.S., it means either the state doesn't have any money to run it or the kids have burned it down. In Trefeurig, Wales, however, the dissolution of a school is something far more ominous, especially if it is the only school in town. "Sleep Furiously" uses Trefeurig's school closing as its central event yet only hints at its deeper implications: Youth may be wasted on the young, but the world can't continue to exist without them.

"Sleep Furiously" is not a conventional documentary. There are no talking heads, no narration, and no explicit point of view, pro or con, toward its subject. Like the Ross Brothers' "45365," "Sleep Furiously" is an observation of its director's hometown, specifically the people who inhabit it. They go about their business and the filmmaker records them. It is only after the final frames are projected that we realize this film is depicting the collateral damage that comes with technological change. 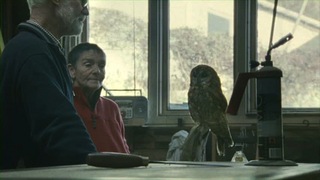 Filmmaker Gideon Koppel returns to Trefeurig, where his parents were refugees from Germany during World War II, but he is not there to interview anyone nor is he there to mourn or celebrate the changing of the tide. He's just a fly on the wall as the residents go about their daily routines armed with the knowledge that they may be the last to perform them. We meet the townsfolk, all of whom remain nameless, and follow them through a year of seasons. School events and county fairs are shown. Scenes are cut abruptly, and they are sometimes scored (by Aphex Twin) and sometimes silent. There is no explanation for any of this, and I had to be told by another reviewer that one of the people Koppel follows is his own mother. Viewers may find this narrative minimalism frustrating, or even pretentiously arty, but remember: It's only pretentious if it doesn't hold your attention. "Sleep Furiously" held mine; I was lulled by its meditative quality and taken aback by the director's occasional use of the entire canvas of the screen. 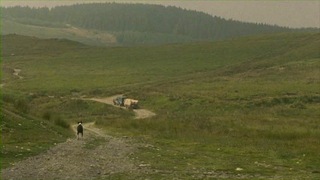 Koppel wants you to pay attention, and in numerous scenes, something in the corner of a static shot enforces that by drawing your eye. Mundane images give way to something visually intriguing: A small, moving speck in the middle of the screen turns out to be the director's mother and her dog. White lines at the top and bottom of a gorgeous field of green become sheep brought back to the farm. A similar, tighter shot of sheep occurs in a winter setting. A dog sees its master drive away with a large truck full of wool, keeping watch until the truck drives right off the screen. As the dog turns away to look at us, the truck drives back onscreen. I found myself searching the frame at every still moment, as if I were looking for Waldo. 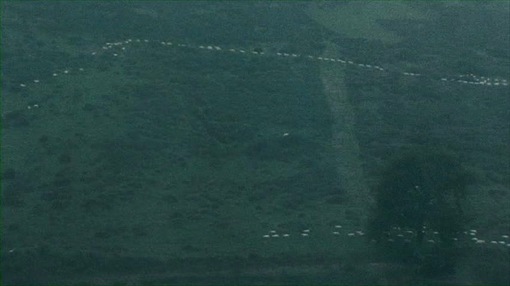 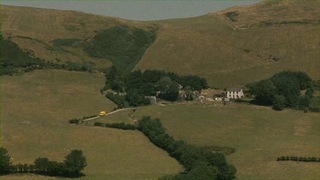 More often than not, I found a common inhabitant of Koppel's God's-eye-view countryside shots: a yellow library van. It is always seen from afar as it navigates the rural roads, en route to bringing The Idiot's Guide to the Internet to Welsh farmers. The librarian inside owns a laptop, but uses it only as something to lean books on as he stamps them for check-out. In the age of Kindles and Wikipedia, the library van seems as old-school as the Sugarhill Gang, but it evokes memories of my grammar school visits to the local Bookmobile. It was there I got hooked, at far too young an age, on Jackie Collins and Iceberg Slim. The library van's haul isn't that risqué, though I'll wager some of its old female customers have dog-eared copies of The World is Full of Married Men stashed away in some forgotten corner of their reading rooms. (I sure hope someone has some Noam Chomsky laying around--his famous sentence, "Colorless green ideas sleep furiously," gives this film its title.) Whenever "Sleep Furiously" ventures inside the van, you can almost smell the books as the librarian describes his latest acquisitions to his customers. If electronic reading is indeed the death knell for books, I hope I die with them. To me, a cold piece of backlit technology is no match for the way a book feels in my hands. 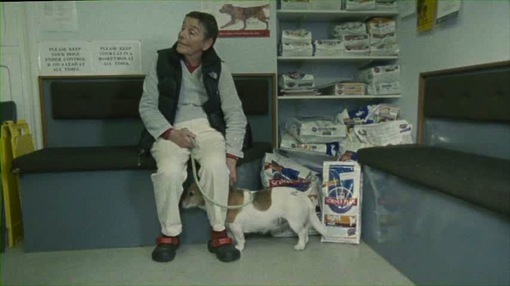 Reading may never go out of style, but "Sleep Furiously" subtly notes that, with Trefeurig's dwindling population, the Library Van, like the town's rural way of life, may be nearing the end of its usefulness. These notifications build slowly and non-linearly, and sometimes without immediate notice. Only upon later reflection did I realize the children attending the doomed school are all different ages, yet in the same class. Besides them, everyone seems old and dealing with empty nest syndrome by interacting with numerous farm animals and dogs. It seems everyone has a dog, including Mrs. Koppel, whose dog looks like Matt Groening's Olive the Other Reindeer. We observe, for minutes at a time, people at work and at play, and even the most monotonous details remain watchable simply because I've never seen them before. Scenes of everyday drudgery by the elders are met with jarring juxtapositions of sped-up, hyper sequences representing youth. Live animals are birthed and protected, and dead owls are frozen solid and dropped in the Post. Mrs. Koppel's explanation for that last item makes sense only to Norman Bates. 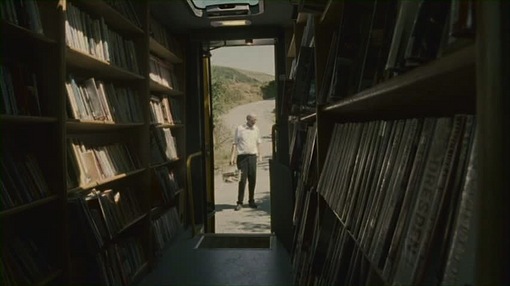 We spend more time with the librarian than any other character except Koppel's mother, and he provides our introduction to many of the characters. It is he who says the opening line of this piece, courtesy of "Sketchbook for the Library Van," the hour-long featurette that accompanies "Sleep Furiously" during its online Fandor screening on July 29th. It is a more conventional documentary, a series of interviews with several of the folks who appeared in "Sleep Furiously" three years later. It fills in some of the blanks that Koppel's poetic "sequel" leaves unsaid.

"It is only when I sense the end of things that I find the courage to speak. The courage, but not the words." 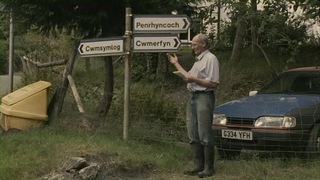 These words appear onscreen near the end of "Sleep Furiously," and its closing shots are somewhat courageous, haunting in their sense of loss but never overbearing. Koppel's thesis statement, if I can call it that, is best explained by an amateur writer's poem about a new signpost on his block. The old wooden one rotted after many years of service, and the new one, shinier and more technologically advanced than the old one, moved whenever the wind blew, sending travelers on the wrong roads to some harshly spelled Welsh towns. The poem points out that the new things are always inevitable but not always better. Like "Sleep Furiously," it simply highlights what happens when unstoppable progress comes to town. 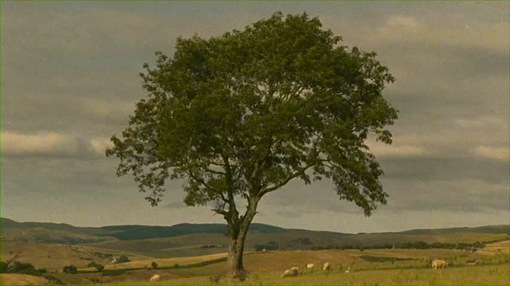 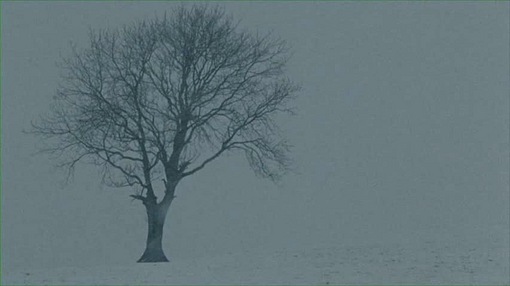 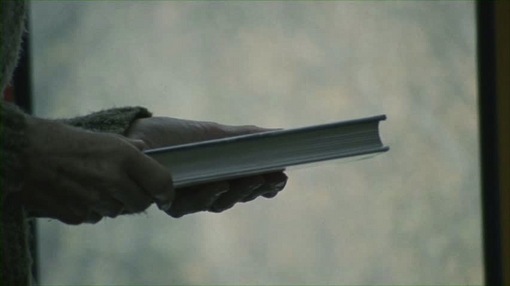