It seems somehow belittling to pigeon-hole the ever-so-Irish "Stella Days" as a comedy/drama or (saints forgive us!) as that dubious hybrid known as "dramedy." It is, more accurately, a heartfelt, thematically ambitious exploration of fragile faith confronted by rigid dogma, and its dramatic substance is leavened by the kind of wry, tenacious good humor that has defined the Irish character for centuries.

That low-key humor prevails throughout the film but is most evident in the opening scenes, as when Father Daniel Barry (Martin Sheen) arrives at the bedside of an old, dying woman on the outskirts of Borrisokane, the tiny town in North Tipperary that is home to Barry's parish. He's there to deliver last rites (not for the first time), but the old lady's as tenacious as a potato in barren Irish soil, and all she wants is to hear Father Barry's mellifluous Latin prayer so she can sleep peacefully and live to see another day. 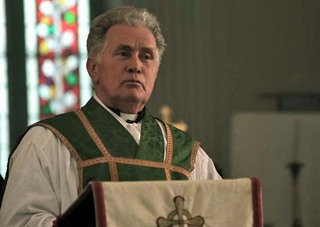 "The last rites are not medicine," he tells her with fond familiarity, knowing he'll eventually return to deliver last rites for real. "Doctor Brady's your man for that."

There lies the rub: Father Barry doesn't know it yet, but he won't be returning to his post at the Vatican any time soon. He's a Catholic scholar, an intellectual desperately eager to finish his thesis on St. John at the Cross. He's far less rigid in his thinking than his uptight superiors, most notably Bishop Hegarty (Tom Hickey), a stern traditionalist who finds it necessary to remind Father Barry that "being an Irish parish priest is not a penance."

It's the winter of 1956, and the Rural Electrification Scheme is finally bringing electrical power to the most isolated pockets of Ireland. This gives "Stella Days" a rather obvious but thematically effective scheme of its own: While electricity brings light to rural Ireland, Father Barry is desperate to enlighten his parishioners, putting him at odds with church officials and local politicians like perpetual killjoy Brendan McSweeney (played with hangdog sobriety by Stephen Rea), who prefer to "protect" the townsfolk from corrupting "foreign influences." 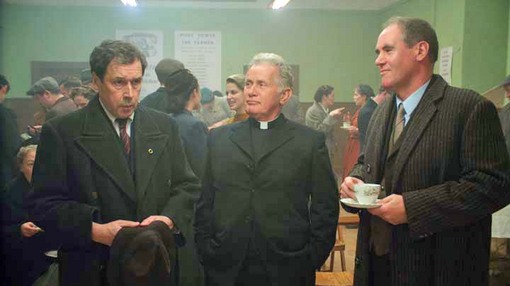 Three years earlier, Barry had been the top candidate for his dream job as curator of the Vatican library, but the post was given to a much younger but equally qualified scholar. Barry's vocal protest landed him in Borrisokane, enduring a temporary exile that now appears to be permanent. This, combined with his growing sense of detachment from the church and the cultural ignorance that plagues his parish, has cast Father Barry into a slowly percolating crisis of faith. 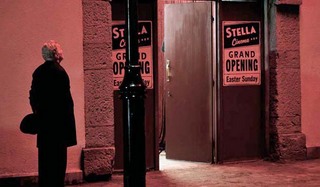 His melancholy is deepened by Bishop Hegarty's goal for the diocese: He wants to build new, garishly modern churches throughout Ireland ("He has a countryman's passion for concrete," Barry laments), and he's recruiting parish priests to conduct the necessary fund-raising. A raffle is standard procedure, but as an Ireland-born movie buff and amateur filmmaker who spent 20 years in America before commencing his Vatican studies, Barry has a better idea: He'll raise funds by bringing "pictures" to Borrisokane, convinced that the culturally deprived locals ("still a hair's breadth from paganism" in his estimation) will be enlightened and civilized by their first taste of cinema. Bishop Hegarty cautiously agrees to "suitable" films, having previously warned parishioners about "the debauchery of Hollywood."

So it's no surprise (except perhaps to the joyless McSweeney) when Father Barry's cinema fund quickly outpaces all other fund-raising, and the upper floor of a local parochial hall is remodeled into a makeshift cinema that Father Barry dubs "The Stella" (Italian for "star"). Before long, even Bishop Hegarty can't deny that movies have become a fundraising juggernaut in several local parishes. 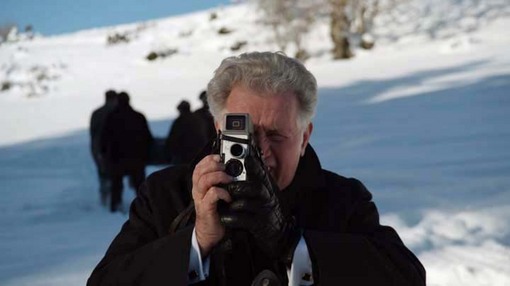 Antoine O'Flatharta's screenplay was inspired by (not slavishly adapted from) "Stella Days," a memoir by Borrisokane native Michael Doorley that focuses on Dean Patrick Cahill, the parish priest upon whom Sheen's character is loosely based. Even before filming on "Stella Days" began, it was clear that O'Flatharta's script would not offer a thinly fictionalized version of the real-life Cahill. Instead, the character's spiritual ambivalence allows Sheen to give his most nuanced performance since he played idealized U.S. president Jed Bartlet on "The West Wing." (A devout Catholic whose mother hailed from Tipperary, Sheen changed his surname from Estevez as a tribute to Archbishop Fulton J. Sheen, whom he greatly admired.)

"Stella Days" deals in part with the hazards of harsh and premature judgment, and in the hands of director Thaddeus O'Sullivan, the film carefully avoids making harsh judgments of its own. It's not a film about church-bashing so much as a study of fear as an impediment to personal and spiritual enlightenment -- fear of progress, fear of the unknown, fear of faith-shaking knowledge. 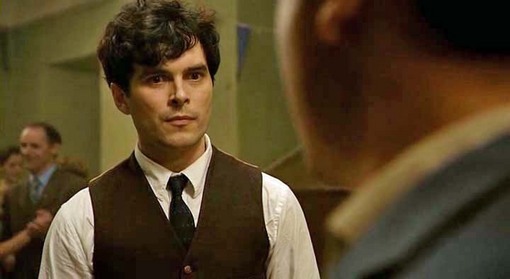 O'Sullivan navigates this territory with admirable finesse, even when a routine romantic subplot turns into a flimsy Catholic witch-hunt. When Tim (Trystan Gravelle) arrives from Dublin with hopes of being chosen as Borrisokane's new primary school teacher, Father Barry hires him on the spot, sensing a kindred spirit (and fellow film buff) with whom he can share stimulating conversation through a long and lonely winter. But Tim falls for the still-married Molly (Marcella Plunkett), and the resulting mini-scandal turns ugly when Molly's abusive, alcoholic husband Jimmy (Garrett Lombard) unexpectedly returns after having fled to Dublin in shame. 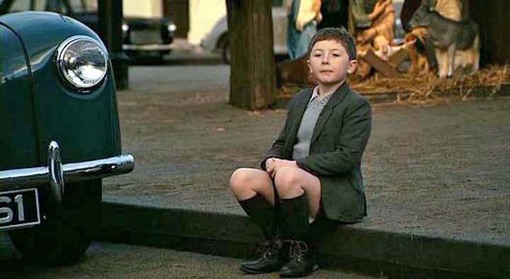 "Stella Days" at least partially recalls "Cinema Paradiso," and like that sentimental Italian classic it also features a delightful little kid who nearly steals the show. In one of those convenient but smoothly integrated coincidences that ties the movie's dramatic threads together, eight-year-old Joey is Molly's sensitive son, waiting in vain for Jimmy to become a responsible father. Precociously convinced that his destiny lies in the priesthood, Joey is played to perfection by the director's son, Joey O'Sullivan, and in this case nepotism pays off: He's the most charmingly natural child actor since Kelly Reno tamed "The Black Stallion" in 1979. 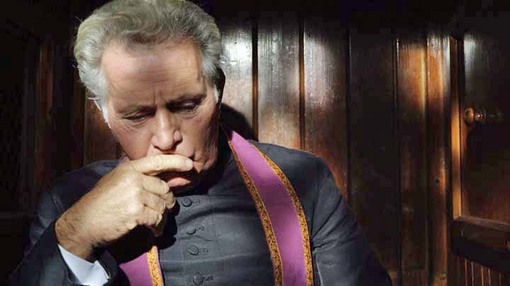 Nothing about "Stella Days" is earth-shaking or groundbreaking, but O'Sullivan (who rose to prominence with his superb 1995 Irish gang thriller "Nothing Personal") admirably maintains a light, even-handed tone that prevents the film from straying too far into sentiment or sanctimony. Not that long ago a delicate, small-scale drama like this had a reasonable chance of earning a nationwide arthouse release, but with the advent of video-on-demand (and, in this case, minimal theatrical exposure) "Stella Days" is a film that deserves to be discovered.