BBC America’s hit "Orphan Black" has the kind of brilliant what-if premise that instantly appeals to fans of the sci-fi genre: what if you weren’t as unique as a snowflake? What if there were others who looked exactly like you? In the series premiere, Sarah Manning (Tatiana Maslany) saw a mirror image of herself jump in front of a train. With a life she needed to escape in a position where it could be easily put behind her, Sarah took the identity of her dead doppelganger Beth, and tried to slip into the shoes of a cop who had so much drama on her plate that she jumped in front of a train. Sarah had no idea what she was getting into, quickly discovering that Beth wasn’t the only woman who gave Sarah déjà vu. Over the course of the first season, the densely plotted "Orphan Black" introduced us to "soccer mom" Alison, microbiology student Cosima, and straight-up lunatic Helena, all played by Maslany. As Sarah and her clones tried to discover the truth about their existence, they dealt with the kind of nefarious powers that be have defined the genre for generations. Season one ended with a number of cliffhangers, including the kidnapping of Sarah’s daughter Kira, the death of Sarah’s mother, and the revelation that the clones have patent numbers built into them—they’re property. 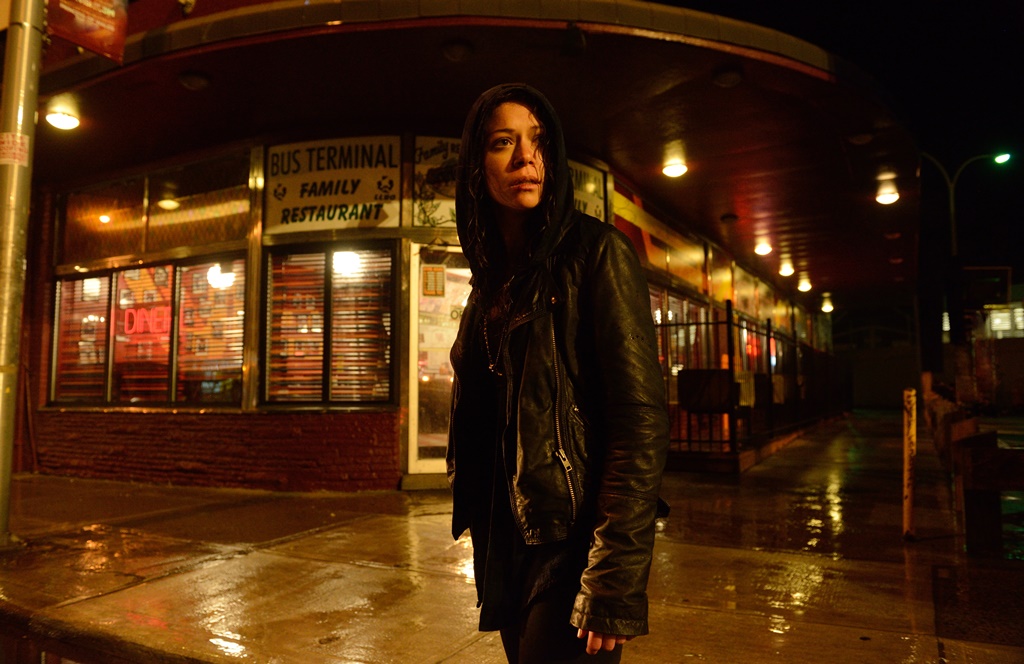 Season two picks up immediately where season one ended, answering the nagging question as to how "Orphan Black" would proceed from year to year—one, long, linear story or seasons that played more like episodes. In many ways, the season premiere of "Black" feels like it could have aired the week after the May 2013 finale. So, anyone hoping for any sort of reinvention or creative injection of new energy that often comes with a new plot in a new season will have to wait at least another episode (and oh how I wish they had sent more than one for review). However, if you found the first season well-paced and witty, as I did, then you’ll be happy to know that the train is headed down the exact same track.

Sarah is running. In the rain. In slow-motion. Again. Her daughter has been kidnapped; she presumes by the same people trying to control her. She makes it to a diner, where she tries to gather herself and plan her next move. Of course, time for planning in the world of "Orphan Black" doesn’t last long.

While Sarah deals with her latest crisis, Alison tries to move on after watching the death of her nosy neighbor, who she presumed was her corporation-appointed monitor. In a fascinating riff on uptight "suburban housewife melodrama," Alison is a clone on the verge of a nervous breakdown. Meanwhile, Cosima still wants to trust Delphine, her monitor, but she’s having respiratory problems that hint at bad times to come. And don't forget Rachel, another clone who we met at the end of last season, who seems primed to be the "big bad" that the show has needed since the beginning. Season two is shaping up to be one in which the clone who wouldn’t give in to her creators battles the one who went to work for them. 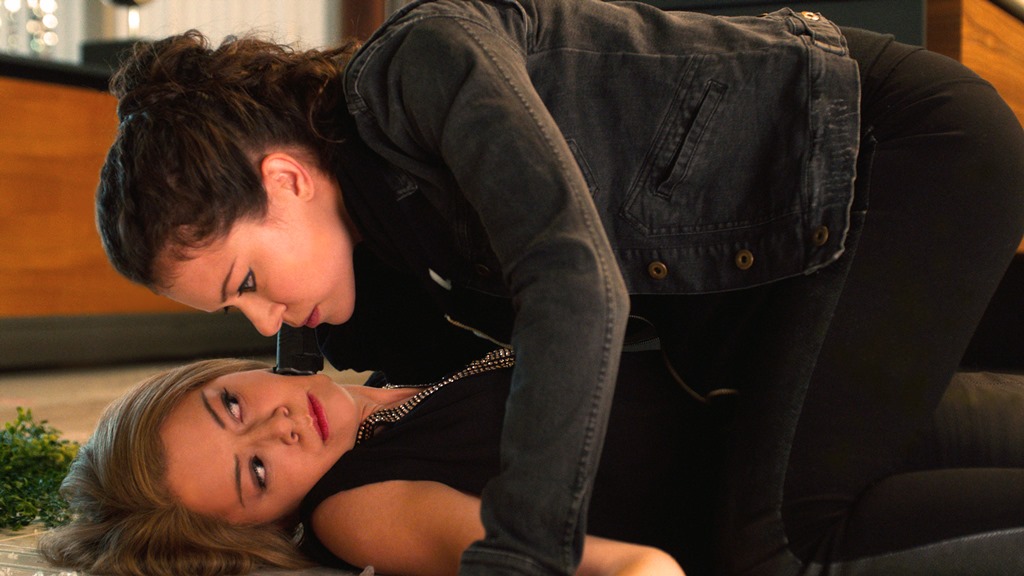 "Orphan Black" can be a little overly reliant on camera tricks and loud music to sell its action but it’s undeniably addictive in its plotting, pushing viewers from one revelation to the next with breakneck speed that doesn't allow for consideration of plot holes. Maslany is so good here that one wishes she wasn’t so often forced to deal with exposition in her dialogue instead of the truly remarkable characters she’s crafted from each clone but it’s impossible to deny the pure entertainment factor of "Orphan Black". In fact, when one considers how often the show sinks into the rabbit hole of expository dialogue—the clones are so often going over and over what they’re doing and why they’re doing it—it’s even more remarkable how Maslany has carved out real characters from what could have just been archetypes offset against Sarah. Alison and Cosima are well-rounded, complex women of their own, not merely used as plot devices, as they would have been with lesser writers or a lesser actress. I can’t decide if the weaknesses in the supporting cast (except for Matt Frewer, who’s been a genre icon for decades) aren’t merely because Maslany would be a scene-stealer with anyone.

There are times when I wish "Orphan Black" was more of a commentary on identity and more challenging in its narrative twists and turns but these are minor complaints for a show that doesn’t just deliver a truly fantastic performance but does so in the context of genre entertainment that’s as addictive as any sci-fi show on the air.