You can’t say they’re not trying. Watching NBC’s “Aquarius” and ABC’s “The Whispers,” one can feel the push on behalf of the networks to keep up with cable and streaming services like Netflix. In fact, “Aquarius” is a breakthrough show for NBC—it will be available in its entirety following its series premiere this Thursday, May 28th, while also airing in a traditional weekly format. Will it impact ratings? Ideally, the opposite would happen—word-of-mouth from the binge viewing would spur interest in the weekly broadcasts. The small problem there is that however one watches “Aquarius,” it’s not that good. It’s a bizarre blend of styles and themes that uses nostalgia instead of period realism. And it’s still more fun to watch “The Whispers”. 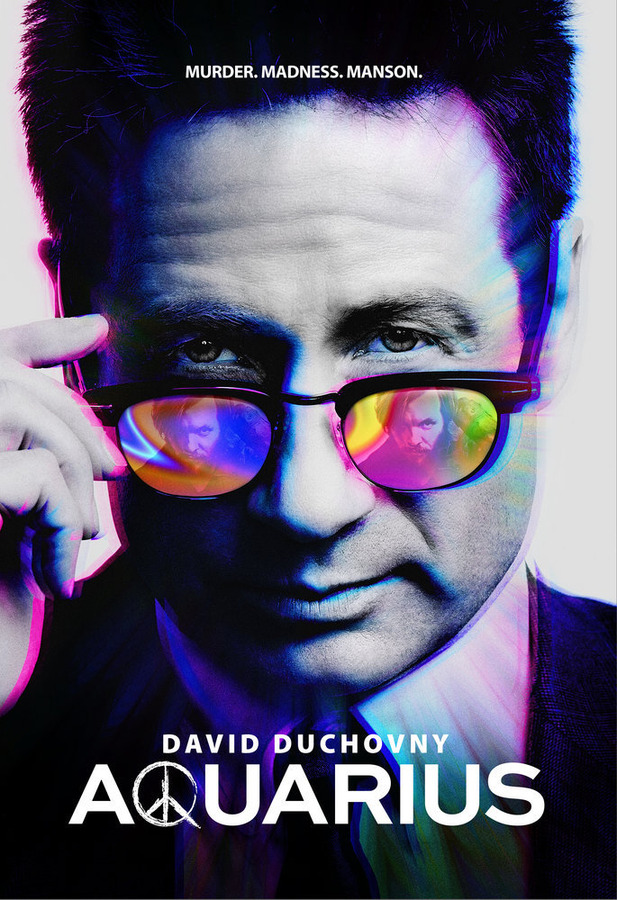 David Duchovny (“The X-Files”) returns to network TV in the role of Sam Hodiak, a WWII vet in 1967 Los Angeles. As written, he’s the old-fashioned cop, the one who thinks free love and copious drugs only lead to crime. As played, he’s got a bit too much of that Duchovny swagger, never quite selling the stuck-up vet that Hodiak needed to be for the culture clash to be effective. 1967 California is like a candy store for screenwriters. Crime was rising; barbers were going out of business; the Vietnam War was on everyone’s mind; issues of racism and women’s rights were on the news every night—there are so many social issues with which to play in this era that writers need to try to cram it all in. To his credit, writer John McNamara uses most of it as background, and the era is a fascinating one even if Duchovny doesn’t look like he belongs in it.

Hodiak gets the case of his life when Emma Karn (Emma Dumont) goes missing. She happens to be the 16-year-old daughter of Hodiak’s ex-girlfriend, and so an ordinary runaway teen story becomes something urgent for Hodiak to solve. He asks for the assistance of a young vice cop named Brian Shafe (Grey Damon), who, of course, represents the new world to Hodiak’s old. He’s all long hair, idealism, and personal freedom. Shafe will go undercover to find Emma while Hodiak rolls his eyes at these crazy kids.

It’s revealed early that Emma has been quasi-kidnapped by the one and only Charles Manson (Gethin Anthony). This is Manson in the years before Tate-LaBianca—the wannabe musician who drew people to him with visions of a free, new world. It is the cult leader version of Manson more than the murderous psychopath we’ve seen on film before—although the dangerous aspect of his worldview is never ignored.

On paper, “Aquarius” is an ambitious project. How did we get from WWII veteran police officers like Hodiak to Manson to today? Manson’s ascendance has often been paralleled with the end of the free-loving ‘60s. And Anthony makes for a charismatic maniac. It’s the thinness of the filmmaking and the unfocused narrative that frustrates. The music choices are a Time-Life collection of the era (it’s seconds into the premiere before they go from “I Can See For Miles” into “White Rabbit”) and when Manson assaults a store owner to the tune of “Daydream Believer,” I had had just about enough. It might sound like nitpicking but the soundtrack reflects a project in which there aren’t enough surprises. And the show never quite feels like it knows its identity. Is it mystery? Drama? Cultural commentary? All or none of the above? It was certainly a daring pitch for NBC to take, and I respect them for doing so, but it didn’t quite connect. 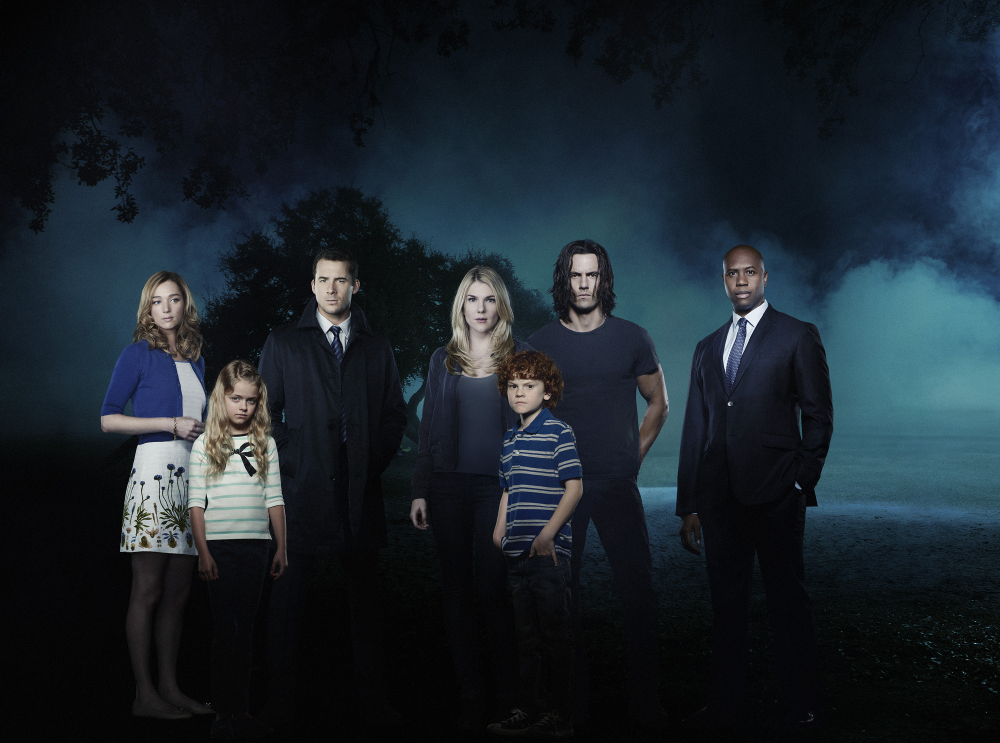 As flawed as I found “Aquarius,” it’s far better than ABC’s “The Whispers,” debuting Monday night, June 1st. This is one of those odd projects in which actors and actresses who have been great before come off horrendously due to a script that does them no favors and filmmaking that is so dull that we have nothing more to focus on than the bad acting.

The series opens with a cute little girl talking to her imaginary friend. They’re playing a game. Said game requires mommy to stand on a certain spot in their treehouse. The floorboards break and mommy goes tumbling down. It turns out that a boy was recently killed after his imaginary friend—with the same name—told him to do something dangerous. What is going on with these kids? Are they in danger? Are all of our children in danger? And how can we stop whatever or whoever is manipulating them to commit crimes? FBI child specialist Claire Bennigan (Lily Rabe of “American Horror Story”) is brought in to investigate.

Meanwhile, Wes Lawrence (Barry Sloane) is asked to assist in finding a pilot (Milo Ventimiglia of “Heroes”) who has disappeared after a particularly bizarre plane crash. It turns out the pilot was married to Claire, who also slept with Wes. Why are these particular people going through such unusual, supernatural occurrences? What does it mean for the fate of the world?

“The Whispers” goes through the motions in an effort to be a new “Fringe” but it has no personality. Elements like design, atmosphere, casting—the things that produce tension beyond concept—are absent. And Rabe is a surprisingly ineffective lead, although it is mostly due to the horrendous dialogue she’s been given. “The Whispers” is not what we typically see in network Summer programming, and I commend ABC in trying something new in the season, but, like “Aquarius,” the broadcast nets won’t compete with high-concept offerings on cable and Netflix until they realize that it’s always going to be the execution that matters most of all.