Amazon’s “Hand of God” features an undeniably talented cast, high budget and notable pedigree behind the camera, including the first series directorial work by Marc Forster of “Monster’s Ball” and “World War Z.” So, it looks good. Sadly, that polished exterior hides a filthy, vile interior. “Hand of God” is one the ugliest shows I’ve seen since the television nadir of “Stalker” on CBS, populated with unlikable characters and a tone that downright mocks tragedy, grief, crime and religion. It is “Dexter” with no moral code, a show that takes the anti-hero trend to extremes and presents viewers with nothing to latch onto or identify with. In one episode, a rape victim is forced to look at a man’s penis in the hope that she may recognize the appendage even though she doesn’t remember him. In another, a homeless man is pushed into the ground to drink his own piss. In yet another, a woman recreates the suicide attempt of her husband down to putting a gun in her mouth. “Hand of God” premieres in its entirety on Friday, September 4th on Amazon (for the record, I made it through five, half the season). I can’t imagine anyone watching all ten and not needing multiple showers. 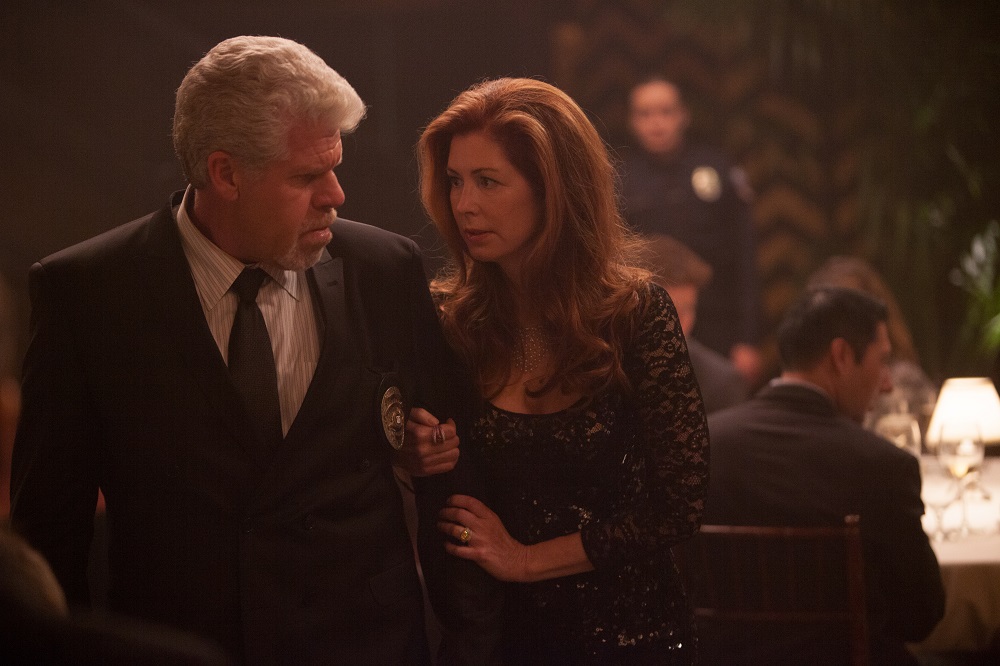 Part of the Amazon Pilot Season programs that went out a year ago and then allowed viewer interest to determine what received a season order, “Hand of God” opens with Judge Pernell Harris (Ron Perlman) standing naked in a fountain, speaking in tongues. Apparently, Harris has been on a walkabout for a few days, drowning in the grief over the fact that his son PJ (Johnny Ferro) lies in a vegetative state after putting a gun in his mouth and pulling the trigger. PJ couldn’t handle the torturous existence after his wife Jocelyn (Alona Tal) was raped in front of him. The doctors say that PJ won’t recover. Machines are keeping him alive. Jocelyn wants to pull the plug, but Harris convinces himself that PJ will miraculously recover if he can solve the mystery of who raped Jocelyn. In fact, he has visions that are helping him solve the case. The irascible judge has found religion, and he believes the hand of God will guide him to justice and miracles. 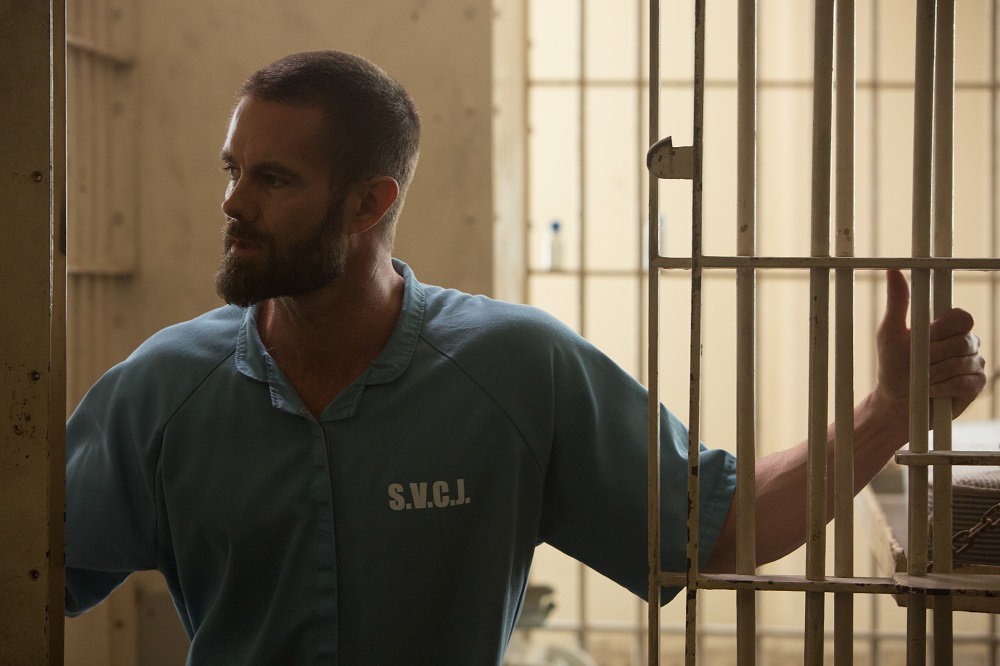 This journey pushes him across the path of a small ministry called, of course, Hand of God, run by the slightly sleazy Reverend Paul Curtis (Julian Morris), who first appears with a $50,000 check from the good judge. Is the Reverend using this new cash cow or can he really guide Morris to the light? The Reverend’s assistant Alicia (Elizabeth McLaughlin), the kind of woman who will do anything to push the man she believes in to the top, sure hopes Pernell can be the essential benefactor for Hand of God. Meanwhile, Bobo (Andre Royo of “The Wire”) needs Pernell to come back to the land of the sane to actually get some work done, while Mrs. Harris (Dana Delany) isn’t sure who to trust or believe. Finally, career criminal KD (Garret Dillahunt) believes he has been sent to serve Harris, doing whatever that takes.

A great cast can’t rescue “Hand of God” from itself. Perlman and the always-excellent Dillahunt make it out relatively unscathed largely by virtue of having the most well-defined characters, but Delany has been given such a non-character that when she’s forced to emote it just doesn’t work. I never bought it, and a scene of grief at the end of episode two is downright embarrassingly written and directed. Most of the characters, especially the female ones, are mere plot devices, designed to push Pernell in one direction or another. I’m not sure if Tal just can’t handle the overwrought scenes of spousal grief or if they’re poorly written—probably a bit of both.

Worst of all, there’s a strange, mocking tone to it all, especially when it comes to religion. Is “Hand of God” demonizing a religious industry that often uses grief for its own gain? It can’t decide. And that’s the overall problem—tonal indecision. When we wander through a world of criminals, torture, rape, murder, violence and religious condemnation, there needs to be a reason for the journey—a statement, a message, even just a character study. “Hand of God” never offers one.