ABC Repeats Itself with “The Real O’Neals,” “The Family”

ABC is a network in the middle of a crisis after the general failure of the 2015-16 season, including missteps like “Blood & Oil” and declines across the board for most of its programs. It currently sits in third place after CBS and NBC, and the slump forced the departure of Paul Lee, the man who had previously pulled ABC out of the dumps by spearheading shows like “Scandal” and “How to Get Away with Murder.” Yet while the ratings aren’t there, critics and loyal fans are. Those who watch their Thursday night trio of quasi-soaps are devoted to them and critics have noticed that their comedy offerings have been improving year after year, with more notices for shows like “Black-ish,” “Fresh Off the Boat” and “The Goldbergs” this season. In an effort to not fix what ain’t broke, the network brings viewers another quirky family comedy and another twisty mystery this week in “The Real O’Neals” and “The Family,” respectively. “Real” gets a boost with a two-episode premiere tonight, March 2nd, with the pair separated by a new “Modern Family”; “The Family” gets a Thursday premiere next to a new “Scandal” and “How to Get Away with Murder.” Next week, both shows move to Tuesdays. They have been promoted to death, and have the aforementioned cushy premiere slots, but will viewers follow to Tuesday? Maybe not.

"The Real O'Neals" and "The Family" don’t just feel familiar, they're like lesser copies of what other programs have done better. Let’s start with the comedy. The super-talented Martha Plimpton stars as Eileen, the ultra-religious matriarch of the O’Neals, a Chicago family for whom suburban reputation at school events and church outings are paramount. Mrs. O’Neal watches her carefully-designed world fall down on her in the premiere. Her husband, Pat (Jay R. Ferguson of “Mad Men”), wants a divorce. That’s bad enough, but worse for her religion and community is the fact that her youngest son, Kenny (Noah Galvin), just came out of the closet.

ABC has made a fortune spinning the model of the family sitcom. They won umpteen Emmys for “Modern Family” by doing it, and have nurtured shows like “The Middle,” “The Goldbergs,” “Black-ish” and “Fresh Off the Boat” in a similar fashion. All of them are variations on the modern American family filtered through the ABC brand. “Black-ish” has been particularly notable this season, tackling current issues with wit and charm, while the cast has gotten better in season two. It's a very good show. I also feel like “Goldbergs” has raised its game, in part because the young actors have improved. (“The Middle,” meanwhile, has been underrated for so long I don’t even bother mentioning it anymore.)

I do mention the improvement of “The Goldbergs” and “Black-ish” because I hope “The Real O’Neals” follows the same trajectory. To start, it’s a bit rocky. Too much of the humor relies on wacky misunderstandings or basic homophobia on the part of Kenny’s family, which is, of course, resolved in a “but we really love you” final scene. To be blunt, it’s just not funny enough. There are moments in the premiere that seemed promising, but the next three available for press just kind of sit there. I kept waiting for it to be edgier, smarter, and just funnier. Maybe that will come with time, although ABC may not have the patience for the show to find itself. 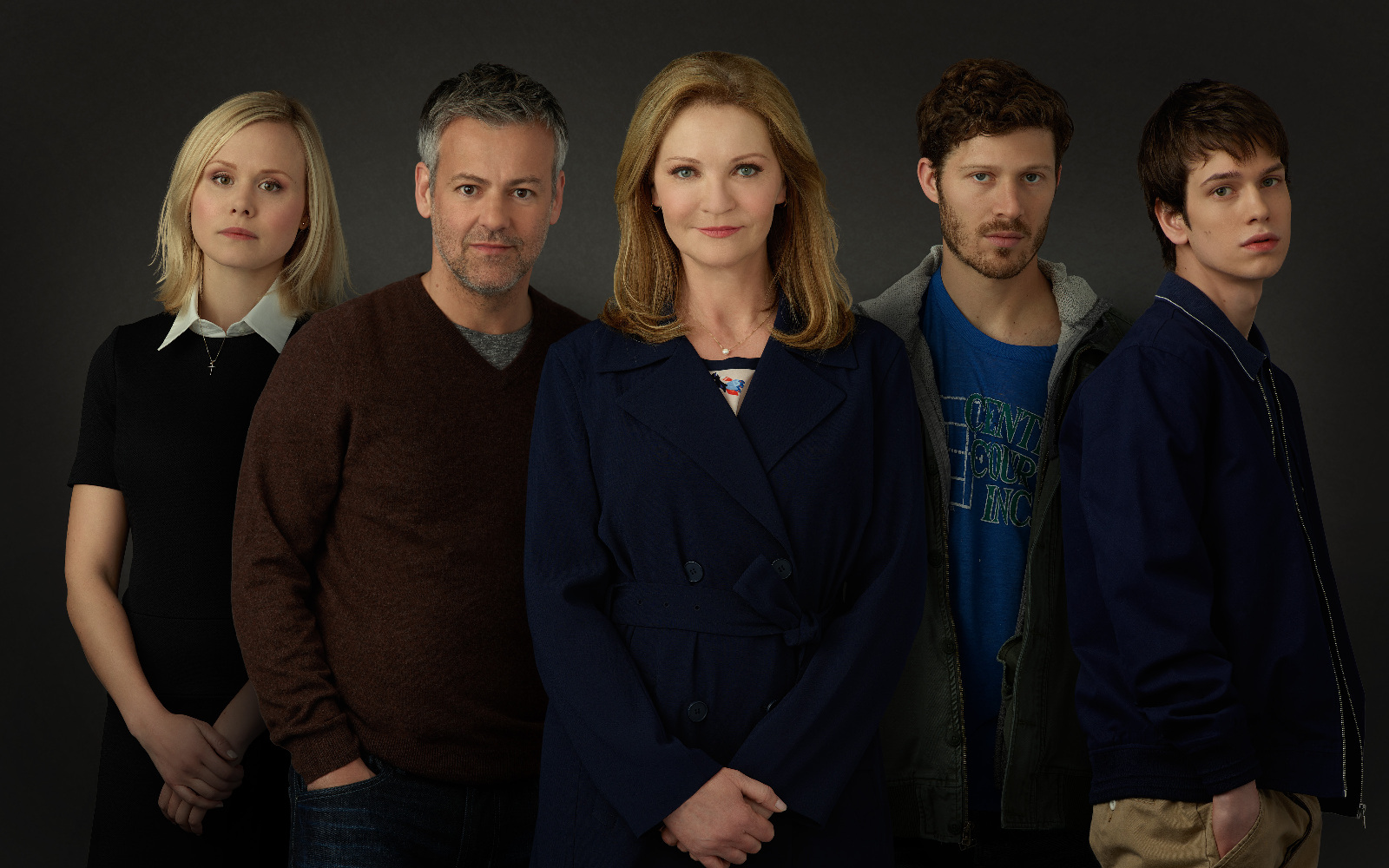 I imagine “The Family” will only get more convoluted and ridiculous over the next few weeks, but I think I’ll be there to watch it descend into madness. Created by one of the head writers on “Scandal,” “The Family” is in the vein of last year’s “Secrets and Lies,” a mystery centered on a powerful clan torn apart when a missing member basically returns from the dead. Or does he?

Adam Warren (Liam James from “The Way Way Back”) went missing ten years ago, just as his mother Claire (Joan Allen) was starting a promising political career. The investigation quickly turned to Hank Asher (Andrew McCarthy), the neighbor who had a sex crime charge on his record and a friendship with Adam. An eager young cop named Nina (Margot Bingham) pressured Hank into taking a plea for murder, even though Adam’s body was never found. Ten years later, Adam comes home. Or does he?

Adam’s parents eagerly welcome their son back but older brother Danny (Zach Gilford) is instantly suspicious. Why doesn’t Adam remember major details from his past? Is it just the trauma? When Danny notices that Adam is mentioning past details he could have easily picked up from photographs, is that a sign that he’s not really Adam or just that he’s a deeply traumatized kid, trying to fit in? Most of the clues in “The Family” point in both directions. Who would a fake Adam benefit? Hank, who gets out of jail and a big settlement? What about Claire and her political career? And what is Willa (Alison Pill) hiding? It’s a hell of a story.

“The Family” is one of those shows that’s so fast-paced that you don’t even care how overheated and kind of ridiculous the whole thing is. It’s escapist TV in the vein of “How to Get Away with Murder,” complete with a great actress front and center, although Allen isn’t given nearly as much to do here in the first two episodes as Viola Davis, who carries “Murder.” In fact, none of the cast really gets to do much but push the plot forward, and I wonder how they can keep this revelation-every-two-minutes structure. I’ll stick around until it falls off the tracks. Or at least until the true story of Adam is revealed.

Will audiences fall for “The Family” like they did for "Scandal," and for “The Real O’Neals” like they did for “Modern Family”? It’s doubtful. Not only are these shows not as good right out of the gate, but they feel too recognizable. What network TV never seems to fully grasp is that familiarity can keep you afloat, but only breaking new ground can move you forward.