Few films have tapped into the seemingly conflicting emotions that exist in the human soul at exactly the same moment as HBO’s stellar “Olive Kitteridge,” a delicate, beautiful mini-series starring Frances McDormand, Richard Jenkins, Rosemarie DeWitt, Peter Mullan, Bill Murray and more. Cinematic fiction is so often about characters with simply defined emotions. This protagonist is happy. This villain is vengeful. This hero is in love. It’s much harder, and takes actors of the caliber assembled for this production, to sketch characters who both love and hate at the same time; who feel regretful and content simultaneously; who wouldn’t change a thing but can’t shake their depression. Stretched out over 4 hours on two nights, with each hour playing like a distinct chapter in a book, “Olive Kitteridge” provides the richness of character and setting that is more common in narrative fiction than cinema. 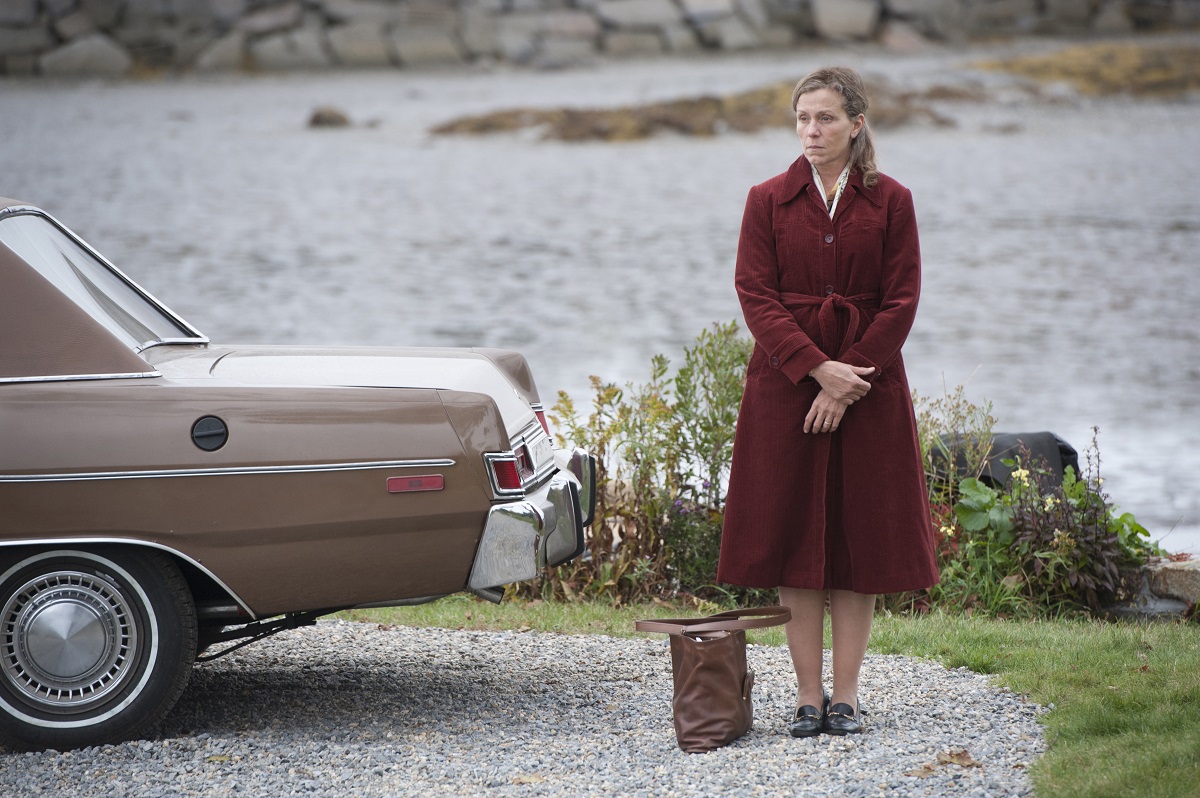 The episodic, nearly Raymond Carver-esque feel of “Olive Kitteridge” is due to the fact that writer Jane Anderson has adapted the mini-series from a collection of short stories by Elizabeth Strout, which won the Pulitzer Prize. The stories span 25 years, and six of them have been adapted into four episodes here. Each episode feels focused in its own narrative, with different characters taking center stage but all of the narrative threads play into the unpredictability of life and the complexity of human emotion. As the HBO tagline says, “There’s no such thing as a simple life.”

Take the second episode, easily the best of the four and one of the best hours of TV this year, which spends a lot of time on two elements—the return of a suicidal young man to town, coinciding with the wedding of Chris Kitteridge (John Gallagher). Olive is faced with stark reminders of the past and future in a former friend of her son in whom she can see the open wounds of his mother’s depression, and that ultimate emotional whirlpool that is a child’s wedding. There are unexpected life interruptions in “Olive Kitteridge” that don’t feel manipulative. When a character dies unexpectedly or saves a life unexpectedly, it fits into the narrative fabric of the overall piece. And reflects something about reality rarely captured. A life-saver may have been planning to kill himself mere moments before. The start of a happy life can be suddenly ended by a tragedy. Kids get married, kids get divorced. We can’t predict the future and we can’t live in the past. We may think someone is perfect for someone else, only to watch them grow up into a manipulative asshole. We may think someone is the wrong fit, but not be able to say so. 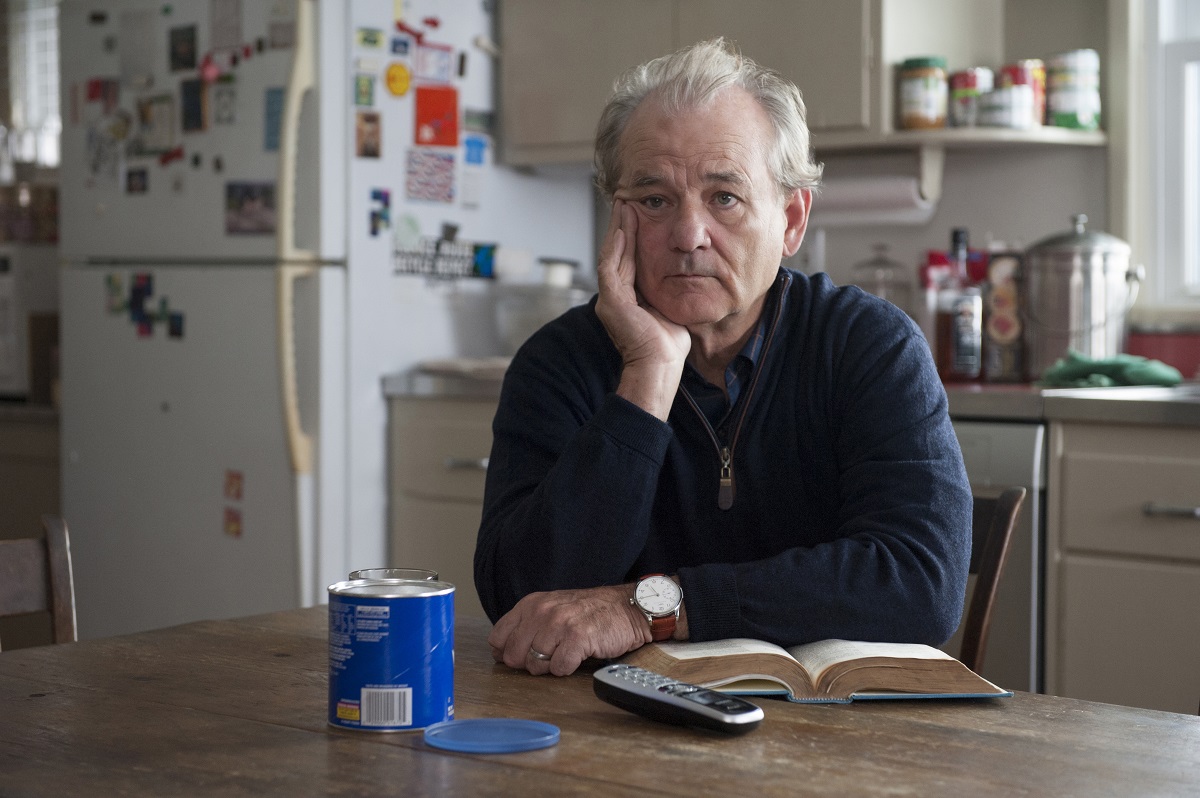 Of course, all of this rich subtext wouldn’t work without the kind of complex performers that Lisa Cholodenko (“The Kids Are All Right”) expertly assembled for this project. It’s undeniable that Kitteridge, with her blend of world-weariness and cynicism, fits like a glove for Frances McDormand, but that doesn’t make what she does here any less remarkable. The opening scene of the second episode, in which Olive is basically intervening in a suicide and knows it but can’t say it, is a master class in acting. It’s one of the best scenes of the year in all of television. Richard Jenkins is a perfect acting partner for her, offsetting Olive’s pessimism with a wide-eyed will to see the good in everyone. In the first episode, Jenkins’ Henry hires a new employee (Zoe Kazan) at his pharmacy, and develops a clear attraction for the naïve girl who is the opposite of his bitter wife. The way Jenkins plays Henry’s longing for a bit more joy while still maintaining the character of a man who seems unlikely to do anything about his new feelings contains real depth. Bill Murray doesn’t show up until night two, as a widower who draws closer to Olive. Even small roles, like those filled out by DeWitt, Ann Dowd, John Gallagher and more, are expertly cast and directed.

“Olive Kitteridge” won’t be for everyone. There are long scenes of repetitive dialogue that too often reinforces the happy-sad duality in the Kitteridge marriage, and the piece could arguably have been a bit more visually striking. I also wonder if the mini-series wouldn’t have been stronger overall with more episodes, and their accompanying time to invest in supporting characters who sometimes feel like devices more than people. (It was once considered for a whole season, which I think would have been better—four hours feels like both too little time to really get to know the whole town and too much time to get to know just the Kitteridges.) Also, the third episode is constructed around a major, unexpected event that feels overly scripted. I liked “Olive” more in its quiet beats than its loud ones, the latter often feel like narrative constructions designed to reveal the buried secrets, resentments and feelings just below the surface. As it has to be, “Olive Kitteridge” is structured to capture the major events of a 25-year span, the moments that will be remembered on a death bed. But it’s the truthful writing and performances between those moments that make it memorable, that make it something remarkably close to life.