A Community Grows in Texas: The 2014 ATX Television Festival

Toward the end of any festival or convention, a certain level of fatigue sets in and leaves a person without their normal faculties. Talking gets a little more difficult, and dragging your person from venue to venue takes far more effort than it did when the festival opened. Which is why when someone informed me that Snooki had shown up to take in the "Roswell" reunion panel at the third annual Austin Television Festival, it took a moment to fully process what they were saying. Thankfully, they clarified: "Yes, that Snooki. Yes, ‘Roswell.’ Actually, she asked the last question at the Q&A." And with that it was official: ATX had arrived. 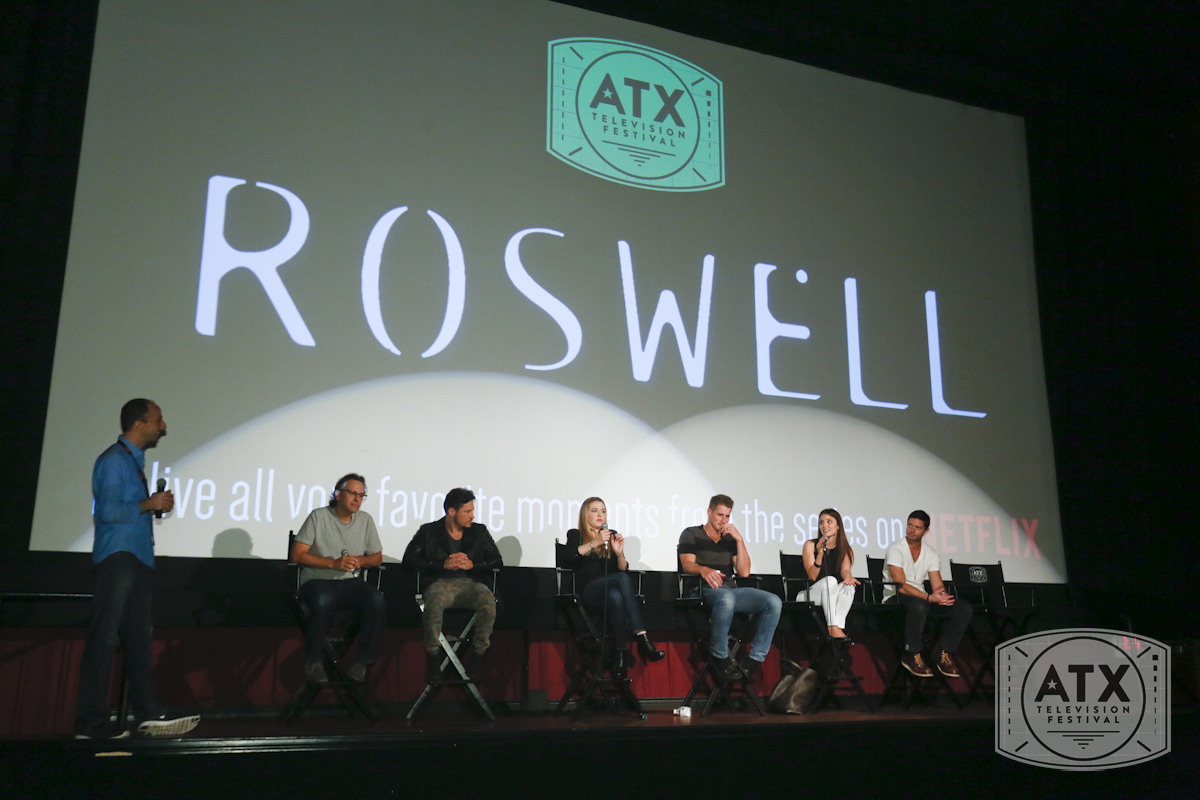 The ATX Television Festival started in 2012 and has been held annually since, steadily growing its brand and establishing itself as a festival on the verge. Despite not yet having the access or visibility of something like the Paley Festival, ATX has focused its energy on offering a slate of panels and screenings that appeal to pure television fans and industry hopefuls all the same. For every reunion of "Roswell" or "Hey Dude," there’s a panel dissecting the inner workings of reality television production or breaking down the semantics of Nielsen ratings in the face of the changing television landscape. The shows represented refuse to be pigeonholed and run the gamut from hot, new series like "Fargo" and "Orange is the New Black" to shows struggling for renewal like "Review" (a renewal received shortly after the festival’s close). The festival is also a springboard for shows yet to premiere like FX’s "The Strain" and Fox’s "Red Band Society," and a time to remember old beloved shows like "Men of a Certain Age" or "Everwood."

Compared to the reigning monarch of pop culture con/festivals, the San Diego Comic Con, ATX is still relatively small potatoes, but it finds distinction from the former in a number of significant ways. While SDCC and so many festivals like it focus heavily on genre elements, ATX chooses to focus instead on the power found in the deeply loyal audiences of cult shows, something that’s not surprising considering how much the festival’s beginnings center on a lasting adoration for Austin’s own "Friday Night Lights." Perhaps the differences can be best summed up as such: Where SDCC can often seem like a Roman coliseum with an ill-tempered crowd demanding entertainment, ATX trends more toward an environment where participants, attendees and panelists alike, want to bask in the love of the medium. This passion for television is felt across the board. As unsurprising as it is when it manifests itself in a full house for an "Orange is the New Black" screening coinciding with the second season premiere, it’s also evident when a screening of "Parenthood" featuring an episode that aired two months ago followed by a Q&A with creator Jason Katims and recurring player Ray Romano, but no regular cast members, ends up full to the point of capacity, with even members of the press being turned away. Fans loyal enough to show up to a panel that could have seemed underpopulated on the surface were summarily rewarded with the surprise arrival of series stars Lauren Graham and Peter Krause.

Full rooms were standard this year, even beyond the ones for screenings for well-loved shows. A panel about the evolution of the TV drama ended up turning people away, and the line for the panel involving both the ratings breakdown and a Q&A with several prominent critics (RogerEbert.com’s Matt Zoller Seitz, included) had a line for admission that wound down a full flight of stairs and into the lobby. The passion of attendees was undeniable, but that wasn’t the only aspect of note when observing the crowd, as noted by Alisa Perren, a media studies professor at UT-Austin:

Perren wasn’t alone in her observation, glancing around any room revealed the same thing.

In making a TV festival that values all aspects of television fandom equally, founders Caitlin McFarland and Emily Gipson have created a place where all people feel comfortable gathering and sharing their love for television, especially women. The environment of the festival as a whole burbles with excitement, and panels conclude with audience questions that are thoughtful and informed, a far cry from the "Can you take a picture with me?!" questions that plague SDCC. But it’s not the gender of attendees responsible for this. Rather, it’s the makeup of the festival as a whole. 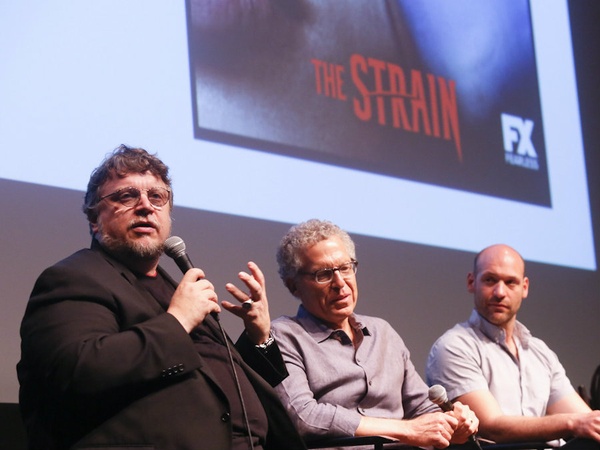 Still far from perfect, ATX seems a festival on the cusp of reaching the next level. Clearly, there are some networks still holding back their choicest product, waiting on some sort of proof of concept, but others are embracing the festival wholesale. While some networks were happy to just test the waters with isolated offerings, like CBS’ "Reckless" and BBC America’s "Orphan Black," Adult Swim, FX, Netflix, and TNT all act as festival sponsors and had significant. While women are well represented in audience and on panels alike, there’s still significant room for improvement regarding further diversity in representation.

But even compared to last year, the festival was significantly improved. Lines were efficient, and rooms were full. Volunteers were knowledgeable and the festival as a whole seemed ready to take the next step to full-fledged, widespread legitimacy. Moreover, the festival is becoming a source of breaking news, as panels revealed not only that Nasim Pedrad is likely done with "Saturday Night Live" but also that Guillermo del Toro was in the process of writing a script for "Pacific Rim 2." For networks always looking to get more free buzz, ATX is beginning to look like an appealing place to garner it.

As media consumption changes and television options diversify, water cooler TV as it was has all but disappeared. That people are able to completely customize what they watch and when they watch it, thanks to the dominance of DVRs and the rise of streaming content, is fantastic, but it leaves TV fans living in a world where you and your best friend can both be obsessed with television while never having any viewing overlap. Comic book and genre fans have long had established conventions to seek out like-minded individuals who share their interests. Sports fans have opportunities every few days during the season to be among their own. Film fans need only show up at a movie theater to be surrounded by people who share their point of view and their immediate experience, if only for 90 minutes at a time. When television boiled down to three networks and a handful of cable channels, it was easier to make it a communal experience, even if the community came in rehashing it with friends the next day. Now, viewers turn online to find fellow fans, facilitated by Twitter and other social media platforms, remaking the water cooler to suit our modern times.

What is seen at ATX, then, is the physical representation of these social media relationships. Again and again, it’s possible to run across people meeting for the very first time, despite having conversed for years. Conversations that would leave non-television fans stymied were omnipresent. "I’m really looking forward to ‘The Strain’ screening." "Me too. Corey Stoll was so good on ‘House of Cards.’" "I wonder whom he’ll play on ‘Homeland!’" To the uninitiated, it was a foreign language but to attendees, it was their native tongue.

At 10 a.m Friday morning, the State Theatre had a room teeming with people anxious to view the second season premiere of "Orange is the New Black." Had these individuals merely been anxious to consume the content, they could have done so eight hours earlier when the entire season went live on Netflix, cozy in their beds in their own homes, but these people were looking for something more than just binge-watching. These people wanted an experience. They wanted a community. And at the ATX Television Festival, they get one.