Z is for zed 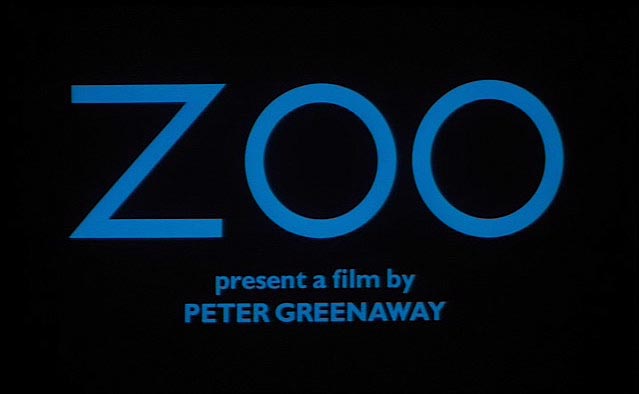 The title of the film and the name of the writer and director. Michael Nyman's chugging strings and pounding piano build tension and suspense on the soundtrack. 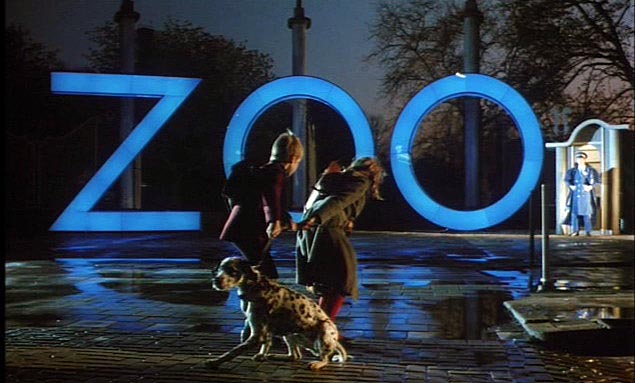 Opening shot: The mystery begins. Two children pull a dalmatian (black-and-white spotted dog) toward the ZOO. A guard mans his station, to keep people out or to keep animals in or to direct traffic or for some other reason or reasons. The dog strongly resists being pulled toward the ZOO.

Consider this a kind of expanded "Opening Shots" entry -- from the titles sequence of Peter Greenaway's "A Zed and Two Noughts" (1985), one of the director's taxonomy films -- in a category with "The Falls" (92 mini-bios of people whose names begin with F-A-L-L), "The Draughtsman's Contract," (twelve architectural drawings), "The Belly of an Architect" (nine months), "Drowning by Numbers" (1-100) -- about the ordering and classification of things, including images. 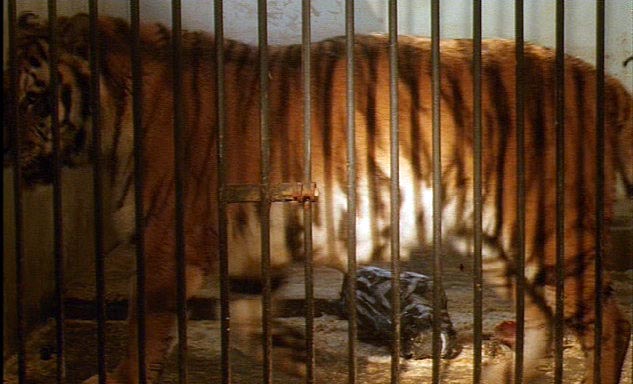 A tiger, a striped cat, in a cage with bars, stripes. The feline paces back and forth. On the floor is the head of another black-and-white animal, a zebra, that perhaps provides food for the tiger. 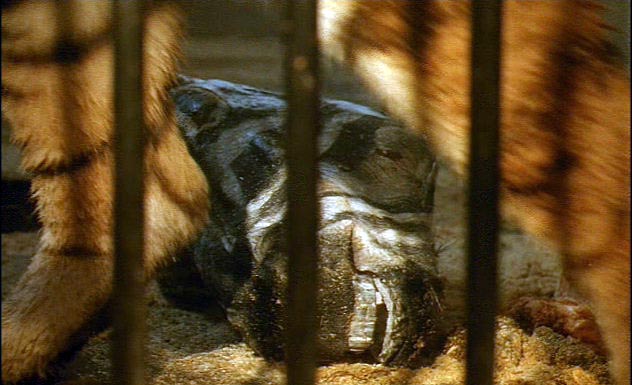 Closer view of the above.

There's a story: Twin brothers Oswald and Oliver Deuce (played by identical twins Brian and Eric Deacon) are shattered when both their wives are killed in a collision with a pregnant swan outside the London Zoo. They become obsessed with death and decay, making time-lapse photographic studies of decomposition, beginning with an apple and continuing through the alphabet to a zebra... and then beyond. They both become sexually involved with Alba Bewick (Andréa Ferréol), the only survivor of the accident, who has lost one leg because of it. The other is later removed for the sake of symmetry. 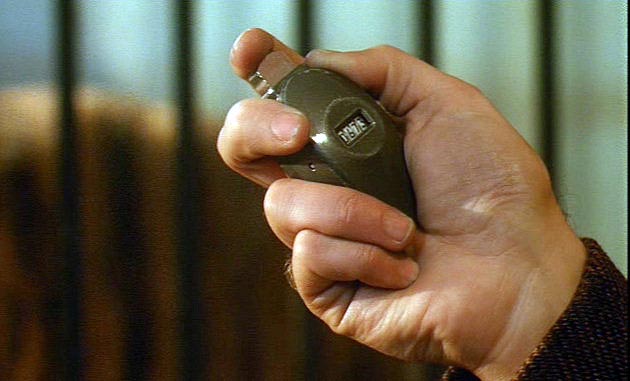 A hand with a counter. Someone appears to be sitting outside the tiger's cage, counting the number of times it paces from one side of the cell to the other. 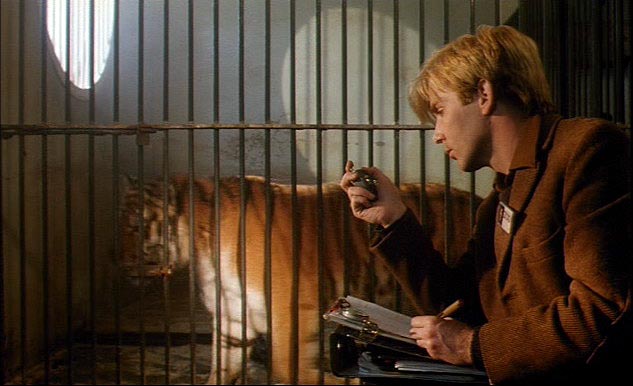 Wider view of the man with the counter. He is taking notes. There are black-and-white circles of light and shadow within the squares of the cell and the bars. 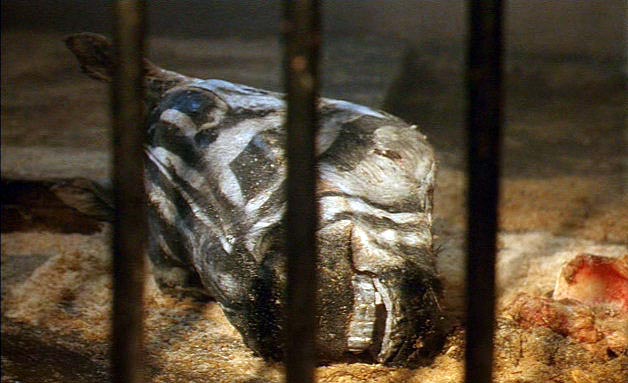 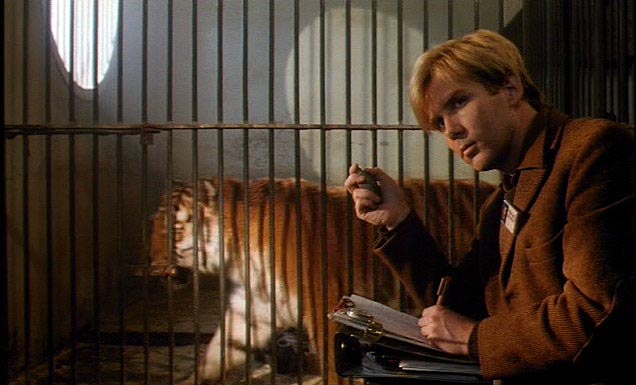 Repetition/continuation of shot #6. The sounds of a crash and a scream are heard. The man, hearing the sounds, looks up. Glances at the camera?

That's the skeletal outline. "ZOO" is about ways of processing grief and facing the reality of death, and about photography as a means of recording and preserving the processes of change and decay. It's also extremely funny (emphasis on "extreme," in every way), full of visual and verbal puns and puzzles. And it's a study in mortification (again, in all senses of that word). It is also ravishingly beautiful, in a striking and painterly fashion (photographed by Greenaway's frequent collaborator, Sacha Vierney, 1919 - 2001). Greenaway's most recent film, "Nightwatching" (which I unfortunately missed in Toronto), is a deconstruction of Rembrandt's famous painting, "The Night Watch," and the murder mystery behind it. 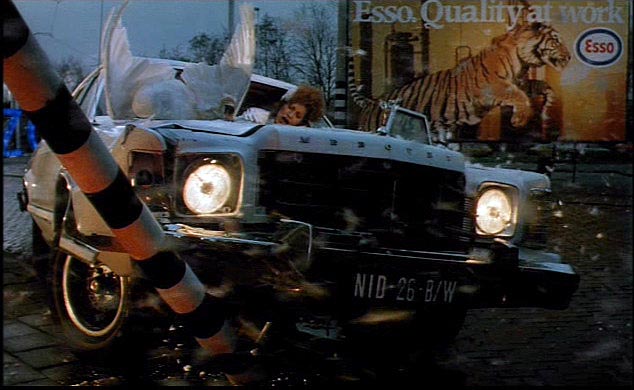 At right: The opening of "A Zed & Two Noughts," by the numbers. Some shots are separated by blackouts with film credits on them. A shot or two is left out of the sequence, for the sake of asymmetry...