What they say and what they mean

"I much prefer the kind of story where the reader is left wondering who's to blame until it begins to dawn on him (the reader) that he himself must bear some of the responsibility because he is human and therefore infinitely fallible." -- Richard Yates 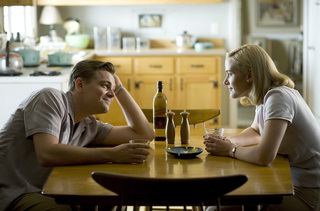 A follow-up to my previous post on "Revolutionary Road":

I'm reading Blake Bailey's 2003 biography of Richard Yates, whose "Revolutionary Road" and "The Easter Parade" are among the novels I hold dearest. It's called "A Tragic Honesty," and I think Yates would hate the title. But maybe there are layers to it that I haven't yet discovered. I'm only up to 1959 and, despite a lifetime of alcoholism, emphysema, bipolar depression and a host of other physical and mental troubles, Yates survived until 1992. Perhaps the notion of "tragic honesty" is illustrated below, in Yates' sharp observations about the interplay between story and character in his own work and that of artists he admired. They're applicable to just about any narrative form:

"Another thing I have always liked about ["The Great Gatsby"] and ["Madame Bovary"]," he wrote, "is that there are no villains in either one. The force of evil is felt in these novels but never personified -- neither novel is willing to let us off that easily." [...]

Yates's determinism, like Flaubert's, was a matter of knowing his characters well enough to know their fates, and making the reader see this, too. Just as one never expects Emma [Bovary] to repent of her infidelity and embrace provincial life, one also figures the Wheelers [of "Revolutionary Road"] won't move to Europe and live happily ever after. Their weaknesses, well defined at the outset, mark them for a bad end.

In an interview from the early 1970s, Yates said:

Most of my first drafts read like soap opera. I have to go over and over a scene before I get deep enough to bring it off. I think I'd be a slick, superficial writer if I didn't revise all the time. The first draft of "Revolutionary Road" was very thin, very sentimental.... I made the Wheelers sort of nice young folks with whom any careless reader could identify. Everything they said was exactly what they meant, and they talked very earnestly together even when they were quarreling, like people in a Sloan Wilson novel ["The Man in the Gray Flannel Suit"]. It took me a long time to figure out what a mistake that was -- that the best way to handle it was to have them nearly always miss each other's points, to have them talk around and through and at each other. There's a great dealof dialogue between them in the finished book... but there's almost no communication.

"In other words," writes Bailey, "Yates had remembered the lesson of his first great master, Fitzgerald -- namely, that people rarely say what they mean, and good dialogue is a matter of catching one's characters 'in the very act of giving themselves away.' "

If I could pinpoint just one essential quality that separates flat realization from vivid realization (not just dialogue, but characterization and storytelling, through writing and direction and performance), that would be it.

P.S. A killer footnote from page 193 of Bailey's book. Yates' first wife Sheila, on whom the character of April Wheeler is based, and whose arguments with her husband were incorporated into "Revolutionary Road," claimed she hadn't read the novel until 2000 -- in part because in many respects she'd lived it. Bailey writes:

For what it's worth, I myself am convinced that Sheila -- whose memory is clear as a bell in most respects -- has sincerely persuaded herself over the past forty years that she never read the published novel. Yates once mentioned to his psychiatrist that Sheila, a few years after the divorce, told him the book had hurt her feelings and that she'd never read his work since. Yates was crushed.

NOTE: Despite some rave reviews and a significant marketing campaign, "Revolutionary Road" sold only 8,900 hardback copies in its initial printing and (like "The Great Gatsby") went out of print for years. According to today's New York Times, the movie tie-in edition is currently the #1 paperback best-seller in America. (!!!)