Welcome to the experiment 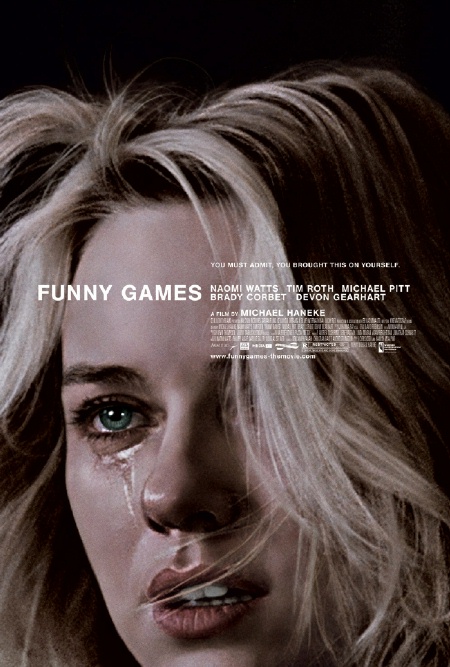 The tagline reads: "You Must Admit, You Brought This On Yourself." Here's the bait. Do you want it?

My review of "Funny Games" is in the Chicago Sun-Times and on RogerEbert.com. Here's an excerpt:

"Anyone who leaves the cinema doesn't need the film, and anybody who stays does." -- Michael Haneke on his previous version of "Funny Games"

The new Hollywood edition of "Funny Games," writer-director Michael Haneke's clinical reenactment of his Austrian torture-comedy experiment from 10 years ago, is an attempt to replicate the earlier study under English-language conditions.

You (the lab rat) are placed in a Skinner box (the movie theater) and subjected to random negative stimuli (filmed violence, as a substitute for painful electrical jolts). Haneke, whose academic background is in psychology, philosophy and theater, assumes the role of empirical taskmaster. He hypothesizes that his box will shock you into a knee-jerk ethical dilemma. To pass the test, you must reject the false premise of the experiment itself (if only on the grounds of insufferable smugness) and walk out. 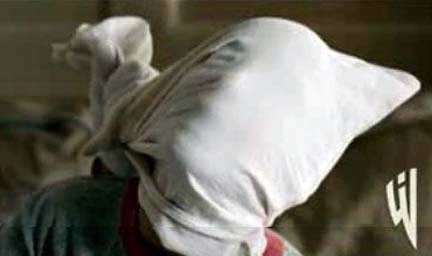 "Funny Games." Does this remind you of any other now-infamous image of torture?

An even better response, theoretically, would be to storm the booth and rip the film out of the projector, thus symbolically declaring your refusal to swallow the force-fed medicinal doses of synthesized abuse the film is administering. And if you really wanted to ace the challenge, you would just not see the movie.

But if you liked those pictures from Abu Ghraib, you'll love "Funny Games"! ...